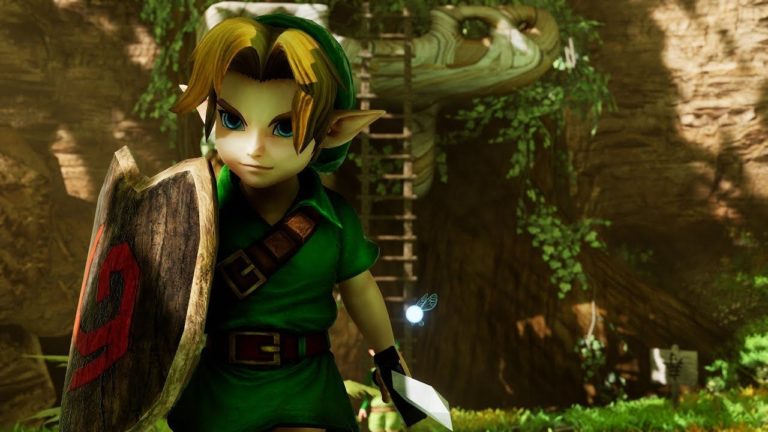 The video gaming industry is on course to generate an impressive $160 billion in revenue during 2020, according to analysts at NewZoo. It has enjoyed remarkable year-on-year growth and it now represents one of the greatest economic success stories of the modern era. A handful of influential games have played a huge role in turning the video gaming sector into the behemoth it is today. These are the 10 landmark releases that changed the industry forever:

Pong kick-started the video gaming industry when it was released in November 1972. The 2D table tennis simulation looks pretty basic now, but at the time it was positively revolutionary. It took the world by storm, and at the height of its popularity there were 35,000 Pong arcade machines across the United States alone. Atari developed a home version that would connect to a television, and then launched multiple sequels. Pong is now part of the permanent collection at the Smithsonian Institution in Washington, D.C., thanks to its cultural impact.

Tetris holds the world record for the most ported video game of all time after it was adapted for more than 65 different platforms. It launched all the way back in 1984, but it still remains extremely popular to this day. Tetris has sold more than 500 million copies over the years, including 70 million physical game sales and more than 425 million paid mobile downloads, making it the most popular game in history. The tile-matching concept is simple, but it requires intelligence and skill, and it still feels as fresh as a daisy. Gamers have played it on everything from the Electronika 60 to the latest iPhones, and it is likely to remain popular long into the future.

Sega finally broke Ninetendo’s monopoly over the gaming industry when it released Sonic the Hedgehog in 1991. Gamers went wild for the anthropomorphic blue hedgehog, who charged through levels at breakneck speed in a bid to collect rings and defeat the evil Dr.Robotnik. Sonic proved to be the perfect poster boy for Sega’s “blast processing” technology, and it launched an aggressive marketing campaign touting its ability to “do what Nintendon’t”. Nintendo would eventually come out on top in the console wars of the 1990s, but Sega gave it a great run for its money, and its ability to compete was largely thanks to the blue hedgehog. He featured in a successful 2020 filming starring Jim Carrey as Dr.Robotnik, paving the way for Sonic to return to prominence.

There have been a number of magnificent games in Nintendo’s Super Mario series, but Mario 64 was arguably the most ground-breaking. It blazed a trail of innovation in the art of 3D world building, ushering in a brave new era for the video gaming industry. Super Mario 64 was the first game to earn a perfect score from Edge magazine, and it remains Shigeru Miyamoto’s masterpiece. It also helped Nintendo vanquish Sega once and for all.

Legend of Zelda: Ocarina of Time

Gamers were blown away when this transcendental N64 title was released in 1998. It was another work of sheer brilliance from Miyamoto, and it totally rewrote the rulebook for the role-playing genre. Ocarina of Time was the first video game with multi-layered narrative threads, a richly imagined virtual world and cinematic storytelling. It received a slew of perfect scores from gaming publications, including Edge, IGN, Electronic Gaming Monthly and Famitsu. It also inspired 2017 masterpiece The Legend of Zelda: Breath of the Wild, which is another contender for the greatest video game of all time.

Doom was by no means the original first-person shooter, as Wolfenstein preceded it. However, it was the first FPS title to enjoy mass appeal. Video games up to that point had been relatively quaint and family friendly, whereas Doom allowed players to shoot all manner of hellacious demons to pieces during nine exhilarating levels. The game is the precursor to all manner of FPS classics, from Quake and Call of Duty to CS:GO and Overwatch. The Doom franchise is also enjoying a modern-day renaissance thanks to the highly acclaimed 2016 reboot and subsequent sequels.

GTA III broke new ground for the video gaming industry by bringing the open world genre to the masses. It was a truly landmark release in the gaming sector, as it marked GTA’s transition from a basic top-down viewpoint to genuine 3D gaming, and really pushed the boundaries of what a game could achieve. GTA III was savaged by many outraged commentators for its violent gameplay, but it was a tremendous commercial success story. The game attracted millions of newcomers to gaming, and proved decisive in shaping the adult gaming sector as we know it today.

Nintendo included this seminal game as a pack-in title for its revolutionary new console in 2006. It was the perfect showcase for the motion-sensing capabilities of the Wii remote, and it proved radical, as it encouraged gamers to get out of their chairs and move about while playing. It included tennis, baseball, bowling, golf and boxing sims, and they all received high praise from critics and gamers alike. Wii Sports remains the bestselling single platform game of all time after shifting more than 82 million copies.

Riot Games launched the modern esports industry when it unveiled LoL in 2009. It pioneered a free to play model and won legions of fans due to its intricate gameplay, high skill ceiling and constant updates and improvements. It is now the world’s most popular esport, replete with major franchises, superstar gamers, massive tournaments and multimillion-dollar sponsorship deals. Many young adults have become rich and famous playing LoL, and you can even bet on yourself playing video games like LoL.

Minecraft has become a cultural phenomenon since it was released in 2011. Millions of players have fallen for its manifold charms, and sales topped 200 million in May 2020. Microsoft bought the game for $2.5 billion in 2014, and it has proved to be a shrewd decision, as Minecraft continues to go from strength to strength. Spin-off games include Story Mode, Dungeons and Earth, but the core game continues to enjoy enduring popularity, and it was inducted into the World Video Game Hall of Fame in June 2020.

Jessica Grant is an Outreach Specialist at Backlinks Media. She is expert in link building. She can help any website to get rank within couple of months.