2021 Volkswagen Golf R seen fully without any camouflage, months before its debuts 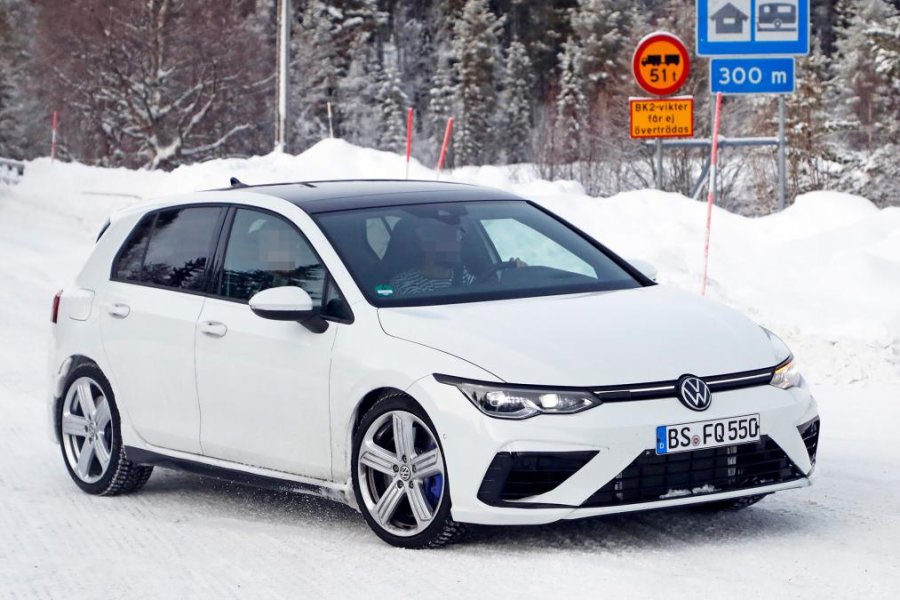 The new generation of Volkswagen Golf R will not be officially revealed yet, but now this model has already been photographed completely during testing.

Within weeks, when the Geneva Motor Show kicks off, we’ll be able to see the new Volkswagen Golf GTI. The eighth generation of this car has been awaited for a long time, until now it has been seen several times while being tested on the road.

Compared to the older version, the new one looks much more aggressive, with new LED lights much longer, as well as a lower platform. Other changes are very minor and have more to do with the conclusions some of the lines have undergone.

Tthe Spy photos of the Golf R show off its super-sporty features ranging from exhaust pipes, colored brakes and sporty front air vents. A recent leaked document from VW confirmed that the Golf R will have will have the 2.0-liter engine that produces 328 horsepower, making it the most powerful variant with 32 horsepower more than the previous model.

The new Golf R is expected to reach speeds of 0 to 100 kilometers per hour in 4.5 seconds.