7 Creepy parasites you need to watch out for 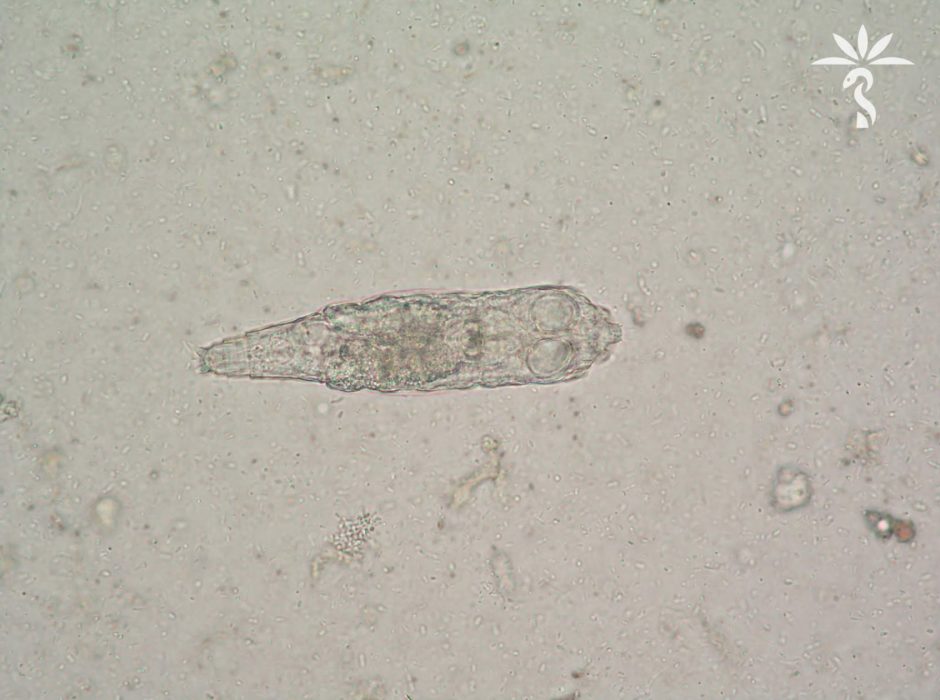 Most parasites are only visible under a microscope. When you look at them, they seem very harmless and you would even wonder how they could cause so much harm. But the truth of the matter is that only a few bacteria are good and the rest of them cause a lot of damage to the human body. These infections can even be fatal. If you have the slightest doubt that you may be infected, immediately rush to your doctor.

There are some parasites that you need to watch out for. Though most of them finish their life cycles and pass out of the body, some may cause further infections when they have completed their life cycle. You must be wondering how these parasites can get in your body. The main cause is contaminated food and water. They can even infect you if you come in contact with an infected person. Here’s a list of a few uncommon but actual parasites that you need to look out for,

This is a kind of roundworm that infects humans through carrier mosquitoes. The pathogens enter the bloodstream and infect the lymphatic system. The larvae mature within a year and if undetected and untreated, they can cause elephantiasis. In this condition, the skin becomes thicker, especially in the legs. You can get cankles, a condition where the feet swell up to the point of indistinguishable ankles.

Probably the most creepy parasite, it is a worm that infects the eye. The blood just underneath the skin crawls with this parasite if you’re infected. If you have pain around the eye and in the nose, get yourself checked. Have you visited West Africa lately? This worm is mostly found there. It is visible when it traverses across the eye along the white. It is the most gruesome and usually infects cattle. When it dies, it can cause swelling in the arms and wrists. This is an allergic reaction which fortunately does not cause long term damage.

House Cats are infected by this single celled parasite. They multiply in the cats’ intestines. Their fecal matter contains these parasites and if not cleaned regularly, they affect rodents. Mice and rats infected by them get attracted to the smell of the cat’s urine and become food for the cat. Toxoplasma gondii can infect humans too, and is quite harmful if not treated immediately. Studies have linked these parasites to slow reaction times, schizophrenia and self-mutilation.

Contaminated water is the main cause of tapeworm. When humans undercooked meat of infected animals, they get infected by the tapeworm too. Food handled by an infected person may get infected and in turn infect healthy humans. These worms are transferred through fecal matter. If hygiene standards are poor, they can infect others. An infected person can have a blockage in the intestines if the infection gets severe. These worms can even infect the heart, eyes, liver and the brain if left untreated.

This parasite is transferred to humans from eels. It is found in eels and when humans eat raw or uncooked eel, it makes its way into the human body. Even though the human body is not the ideal habitat, it can still live inside the body for up to a decade. The good news is that it can’t multiply inside the human body and it’s rare. The chances of the worm burrowing deep into organs is even rarer.

Giardia lamblia is another parasite that enters the human body through contaminated water and causes infection. It creeps into the small intestine and causes havoc in the digestive system. Not only does it absorb essential nutrients from the good, it also causes the intestines to malfunction. Intestine related issues like flatulence, diarrhea, pain, lack of appetite, vomiting and blood in the stools are indications that you need a parasite removal.

This infection spreads through skin contact. It affects humans and animals alike. Commonly known as scabies or itch mites, it infects animals like dogs, cats, koalas, apes and boars. If the skin is scratched too much it can cause it to spread and even cause mange. In animals it is difficult to treat because most of them are in herds and it is difficult to control spreading, since it’s contagious. It can be treated in humans easily with creams and ointments.

Who would have thought that such parasites exist too? Well they do. While horror movies depict these in a very gruesome light, if detected and treated on time, they don’t cause much harm. Of course, you can avert the possibility of infection if you steer clear of contaminated food and water.