neoAdviser
Home Tech Huawei A fourth camera and carbon fiber has been added to the Huawei...

Samsung has made some improvements in the design of Galaxy Fold, which will be released soon and Huawei seems to have done the same with Mate X.

Chinese journalist Li Wei had managed to catch Richard Yu’s CEO at the airport and even fired some Mate X phone pictures in the current state with the upgrades made. A fourth sensor is added to the back of the phone, which is most likely the TOF (Time-of-Flight) sensor as well as the carbon fiber effects.

Also, a larger button to open the phone has been added, which will make it easier for Mate X to fold and open. 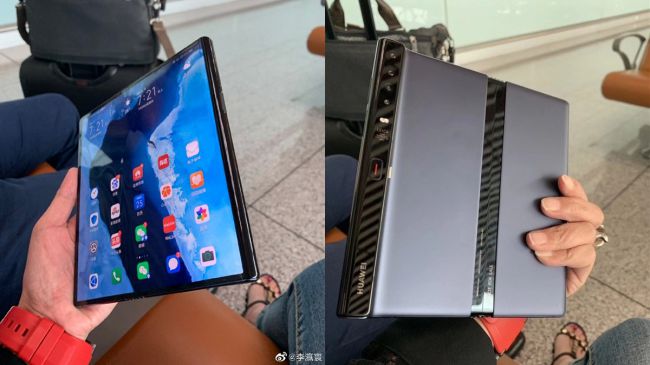 The problems that emerged from the Galaxy Fold’s first foldable models, prompted Huawei to immediately review Mate X, the screen-folding phone of the Chinese company. The latter collapses on the opposite side of Galaxy Fold, so from the outside. Huawei, like Samsung, has said Mate X debuts in September.

Last month it was said that the phone was in the final testing and there is nothing but hope for the problems to be addressed. The phone will come with the stock version of Android and of course with 5G.