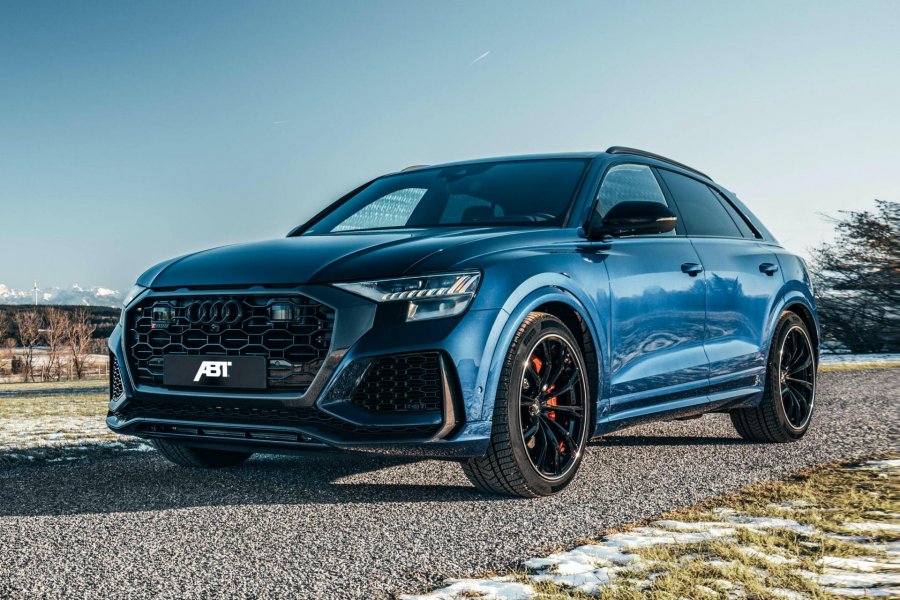 ABT has revealed more details about the latest model (Audi RS Q8) which received more than just power.

Last month, the renowned German car maker ABT Sportsline announced it would reinforce the 4.0-liter Twin-Turbo V8 engine powered by Audi models, such as the RS6 Avant, RS7 Sportback and RS Q8.

Now, ABT has revealed more details about the latest model (Audi RS Q8) which has received more than just power, writes carscoops.

ABT has upgraded this Audi RS Q8 for 99 more horsepower, which is now 515 kW/690 hp. Likewise, this blue-colored exterior beast now hits speeds from 0 to 100 kilometers per hour in 3.5 seconds, 0.3 seconds faster than the standard model. Top speed has not changed, it reaches up to 305 km/h.

The company also offers new ALC buffers (ABT Level Control) on three levels. ABT Sportsline also says it is working on some new updates for this model.