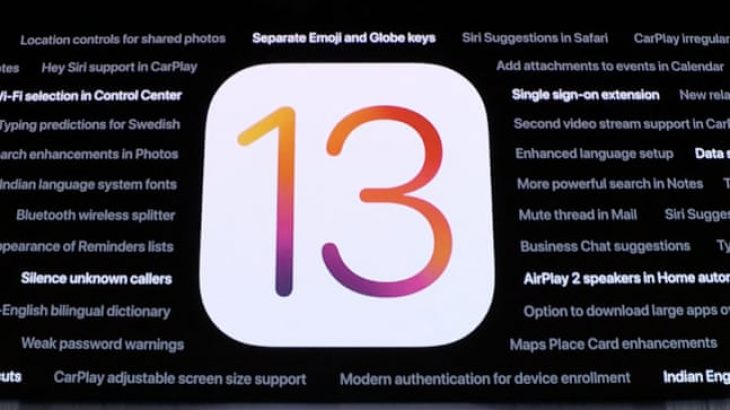 Apple said the iPhone would become even faster with iOS 13. At WWDC developers’ conference Apple had a lot to say about new versions of iOS, iPad OS, watchOS, MacOS and even hardware like Mac Pro.

But iOS 13 as each year receives high attention. The company said the new operating system will reduce the size of apps by 50% and updates by 60% but not only.

Applications will also be opened up to twice as fast. Face ID is accelerated and unlocks an iPhone 30% faster.

“Nothing matters more to us than our users’ phone performance,” said Craig Federighi, Apple’s vice president of software engineering.

After macOS, iOS 13 comes with a “dark mode” that turns black and white text into the interface. This feature has become quite popular in many applications and systems.

Apple also introduced a new social connectivity system that works similar to that used by Google and Facebook, but without tracking users by maintaining their privacy according to Federighi.

Users can keep their e-mail address hidden from apps using the random e-mail generator that creates unique addresses that send emails to the real address.

The new HomeKit Secure Video system can encrypt and load video from the appropriate home security camera systems through iPad, Apple TV or HomePod to the iCloud account.

The first beta of iOS 13 developers is available from this moment while public beta will be available in July. The final debut of the operating system is expected in September as well as introducing new models of iPhone.

> Read Next: Apple iPad will have its own operating system: iPad OS