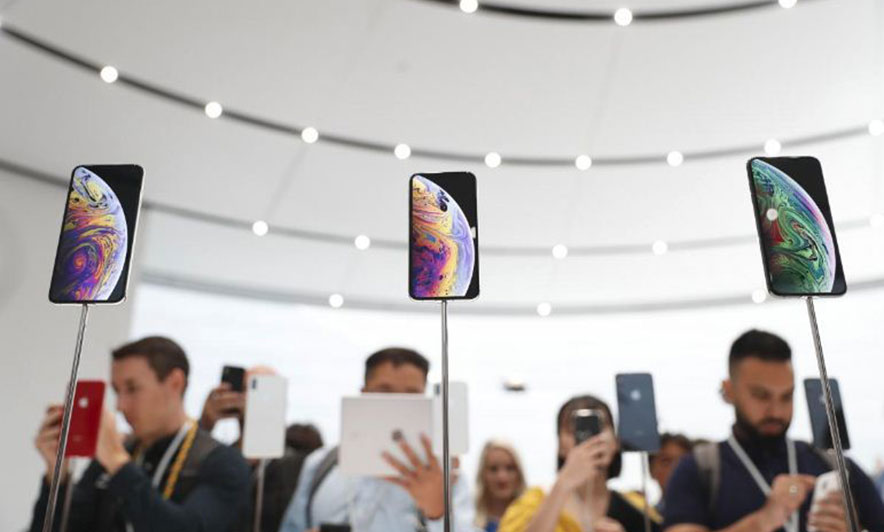 “Apple” introduced its latest “iPhone” products, the biggest ever and the most expensive, but also a wristwatch that signals heart problems, Wednesday evening on “Steve Jobs Theaters“.

The company’s goal was to provide customers with the most up-to-date and ever-developed devices, though more expensive, at a time of global smartphone demand stagnation.

The relatively small changes in appearance, following the overvalued version of “iPhone X” last year, were expected by investors. The strategy seems to have proved successful, helping Apple‘s shares increase by more than 30 percent this year, making it the first listed company on American stock exchanges worth $ 1 trillion.

“At last they managed to launch a bigger phone. They can now compete directly with Galaxy Note 9 products, “said analyst Annette Zimmermann, present at the event at Apple’s in Silicon Valley, referring to Samsung‘s rival, who first determined the trend towards phones with larger screens.

“The biggest screen will be particularly important for the Chinese market to reverse the trend, because they have been selling less in recent years due to the size of the screen,” she added.

Since two of the novelty products start at $999 and more in the United States, “Apple” seems to be benefiting from the advantage of a powerful American economy, low unemployment, and increased family welfare.

> Read Next: What will happen to your iPhone this week?