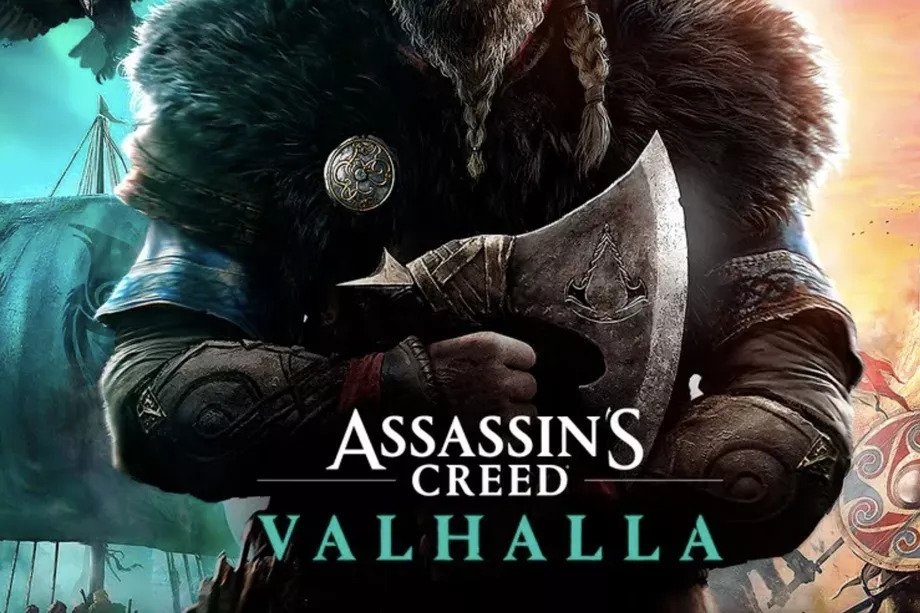 Few days ago the rumors about an Assassin’s Creed at the time of the Vikings were confirmed by a Photoshop project of one of AC Valhalla’s original posters. Yesterday we had the first look at the cinematography of the game and we are convinced that Ubisoft is improving this name by attracting millions of fans to each edition.

The historical context of the game is about the long conflict between the Vikings and the English kingdoms, so we assume that the events take place between the eighth and tenth centuries. The protagonist is called Eivor, a powerful Viking leader who leads his army from the rugged shores of Norway to the fertile English lands to glory and take a place in Valhalla.

As for the world where it will take place, was the first concern of the fans, it has to do with the levels of the buildings of the time, which will probably limit the most beloved aspect of the game: parkour. But this was not a problem for AC Origins, which was developing in ancient Egypt, so they are expected to be perfected and perhaps added new styles.

In addition to the magical lands a very beautiful detail of the series is the sea, an important asset that has to do with the ability to sail, quite popular with AC Rouge and Black Flag and constantly sought after by fans.

Although the trailer does not show any signs of a battle between the ships, the Vikings are considered skilled sailors, so it would be a sin not to take action in this direction. The craft option this time around has also been brought back by Rogue as not only building restorations but entire cities can be established by our hero, thus collecting ongoing revenue. 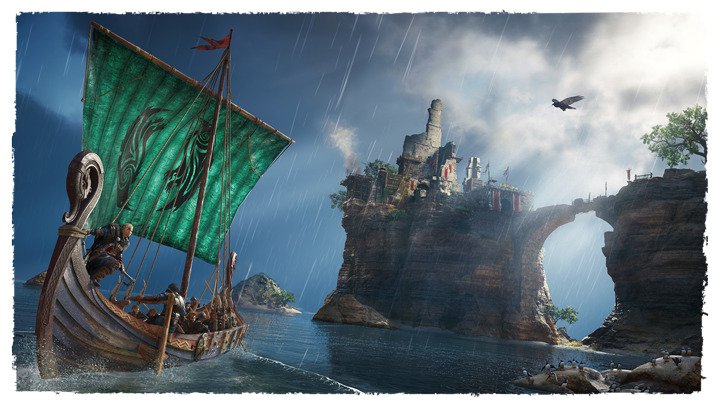 Eivor, the Viking killer, with long blonde hair and typical braids, has a more doable body than the classic AC killers. Dressed in the skins of the time, to protect themselves from the cold and well charged with weapons, including two powerful Viking axes, bringing us back a little from the Celtic taste of God of War.

Group attacks suggest that perhaps the solo war will be more reduced, but recognizing the strengths of Assassin’s Creed’s traditional dynamics we expect a healthy balance between the two. 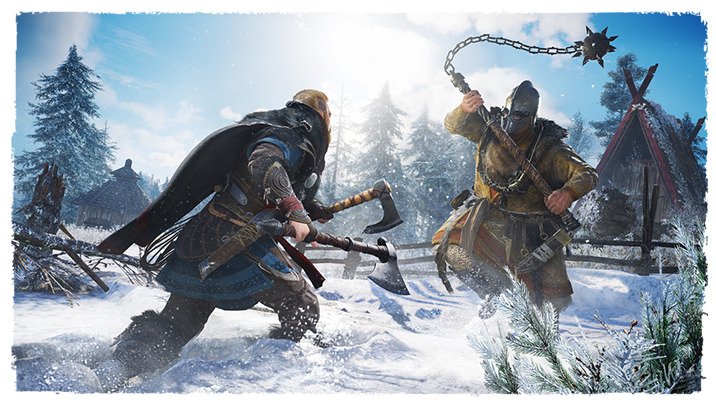 The icon of knives of the moments had a moment all dedicated to this trailer.

In the middle of the battle to conquer the shores of England, a vision appears to Eivor; a mysterious and bent figure who turns into the cult eagle of assassins this makes our hero receive Odin’s blessing. An opponent of the “Brute” category comes to him and Eivor’s weapons seem to do nothing for this huge Englishman with reinforced shields. And when being disarmed by the opponent, we think it is the end of our hero, the key knife is stuck in the opponent’s neck, shaking the flesh of us all.

At the end of the premiere video, we are greeted by the Xbox logo, which raised suspicions that Assassin’s Creed Valhalla will probably be the exclusive property of this console. But after a quick navigation on Ubisoft’s official website, the spirits are calming down as Valhalla will be available for Xbox Series X, Xbox One, PS5, PS4, Stadia and PC.

Release date: holidays 2020. (Will we have a holiday this year?)

> Read Next: Legends of Runeterra has officially been released on PC and mobile