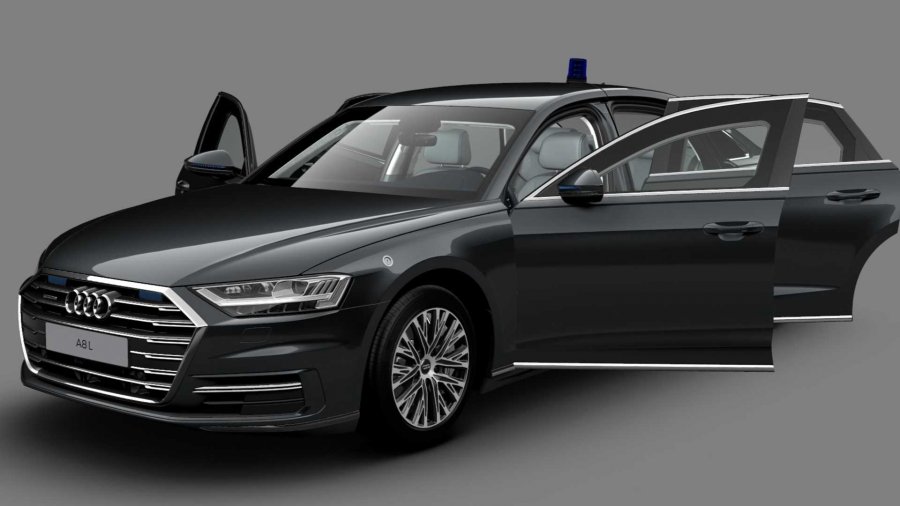 But if you didn’t see the blue LED light from above, this Audi would look like the standard A8 L model, but what it contains under the ‘skin’ makes this car super special.

This version called ‘Security’ is a VR9 class bulletproof with Class 10 glass. Its weight reaches 3,875 kilograms due to its bulletproof body as well as the extra parts of Audi. The Audi A8 L Security has a fire extinguishing system underneath it, wheel protection, and fuel protection. 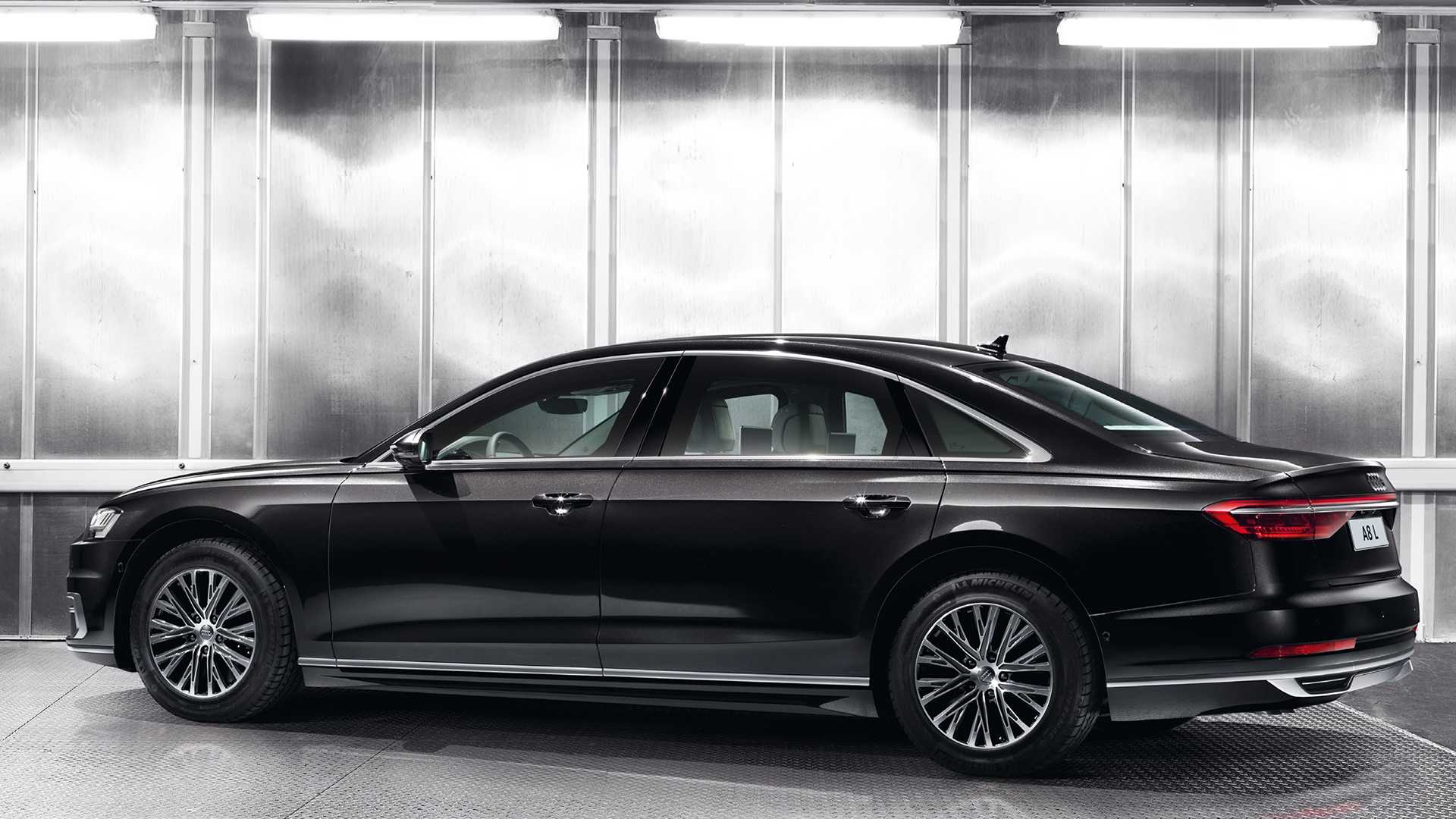 To turn the standard A8 L model into Security, Audi took 400 hours of extra work while it was manufactured at a factory dedicated to it. All the armored vehicles of this company have been tested by the security authorities, to test its resistance to snipers, grenades, and automatic weapons.

In a real event, this car will be able to leave the dangerous place even if its tires will explode, at a speed of up to 80 kilometers per hour.

While the ‘Security’ version is based on the A8 L model, its power comes from the S8 model, which produces 563 horsepower while making this car reach speeds from 0 to 100km/h in 6.3 seconds and the maximum, limited to electronically, at 210km/hour.

Audi will initially offer this car only in Russia for a starting price close to 750 thousand dollars, while it says that after the order, it requires 3 to 6 months to be produced and delivered to the customer.