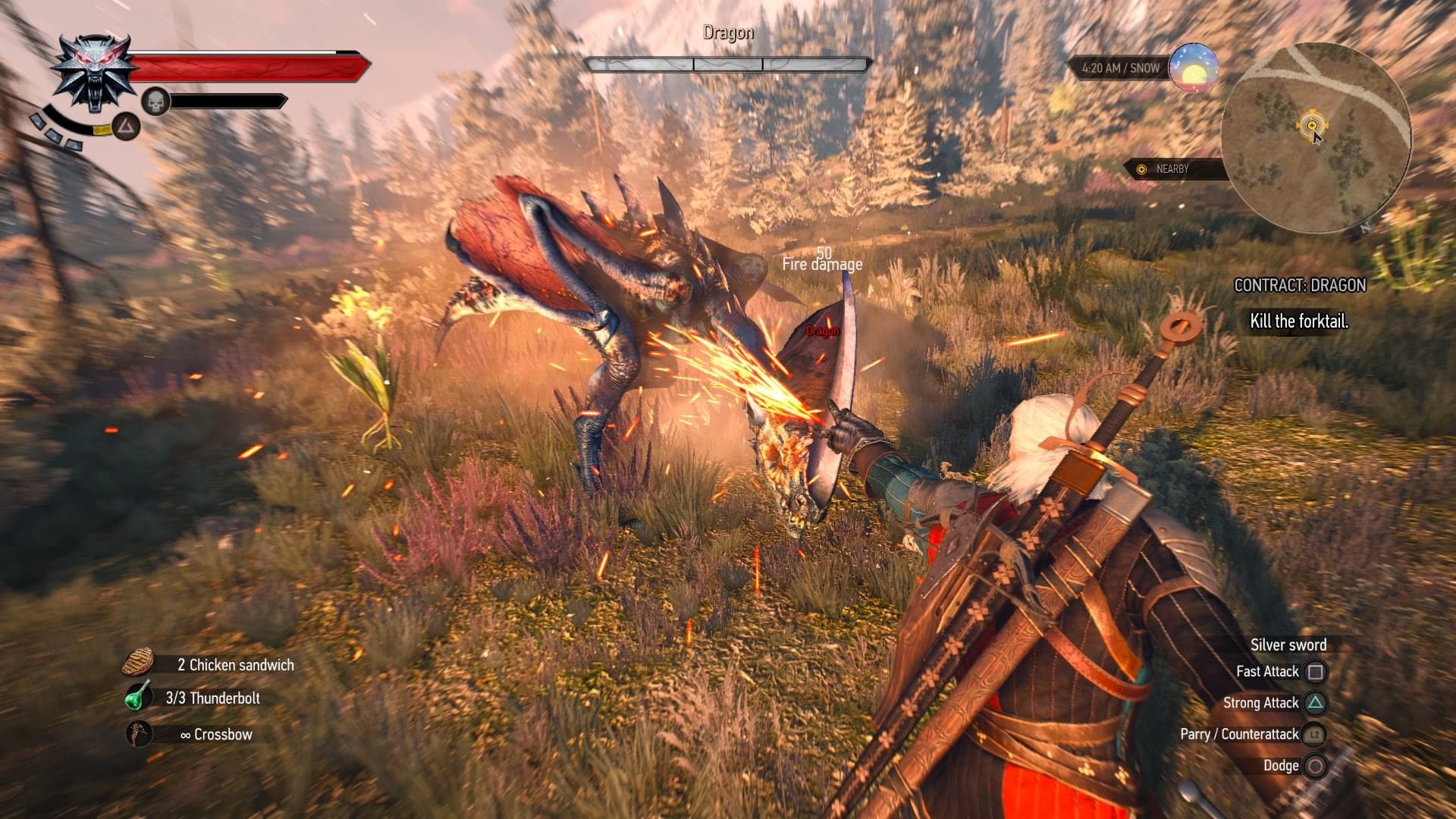 PC games come in thousands. They stem from high ranking companies like EA, Konami, AAA, and the likes. The choice of these games ranges from small immersive games like Disco Elysium to high fantasy action and adventure games like The Witcher III.

However, with the over 500 games you will likely find in your Epic games store library, it might seem challenging to choose which one to play first. That’s why this post came with reviews of the best PC games you could play to have fun-filled gaming experience.

The Witcher is a popular Netflix show, which is a fantasy adventure series. And The Witcher III: Wild Hunt is the best of the series in its gaming version. The game hallmarks the main actor Geralt of Rivia in his never-ending adventure against mystical creatures.

You would expect a lot of sword-wielding, spelling casting with a host of dialogue in its final chapter. You will meet other characters in this series like Triss, Dandelion, and then Yennefer of Vengerberg. Playing requires you to toss your coin for several hundred hours of life to play the fun-filled, yet engaging game.

Sekiro: Shadows Die Twice is a high octane action-filled and adventure game that keeps you glued to your PC screen. In the beginning, you start as a Shinobi wielding a sword with little skills. However, you gain more skillset, weapons, and get familiar with timing attacks on your enemies.

Midway into the game, you meet Genichiro Ashina, a beast that will force you to master all of your skills and become a master in Sekiro. Only then, you will fight against the Demon of hatred and unlearn those skills. Finally, you will then be able to resist the last boss. This game is worth your time and is tagged as one of the best and most engaging PC games to play.

Fortnite is a graphic intensive PC game developed by Epic Games. The game is known to be culturally unprecedented. Fortnite is based on the battle royale game, which comes out of the box with a beautifully detailed map, extensive selections of weapons with different abilities, and customizable characters.

However, Fortnite is a quite intense game which, although seems interesting from the beginning, can start to look monotonous midway. That’s why it continually receives updates from time to time. These updates include additional content, new skin rewards, more challenges, and game modes. The offers rewards over any challenge won, making it ultimately the best out of the games in its category.

Rocket League is soccer based PC game produced by Psyonix. Meanwhile, the real players in this soccer games are actual rocket-powered cars. It has been around for a while. Also, it has received top-notch recent updates on maps and cars from time to time.

It comes with a cross-play feature that allows you to play over different platforms with your opponents. You should consider having the Rocket League in your gaming library if you want to play online or locally with friends.

Gear 5 is one of the best Gears of Wars made due to its intense storytelling, beautiful open-world environment, and non-fiction like characters. It features different game modes tagged campaign, Escape, Horde, and other countless modes to make the game a fun play.  The most fascinating mode for me is the Escape mode, which, when activated, traps you in a swarm nest and forces you to fight in a limited time frame.

Gaming is one of the most impressive and engaging means of entertaining oneself. Now, having an actual and challenging gaming experience is streamlined with the kind of games you have in your library / game collection.

In case you are looking for an epic, movie-like, adventure, or action-packed games, you might need to opt for the top best PC games we have reviewed in this article.