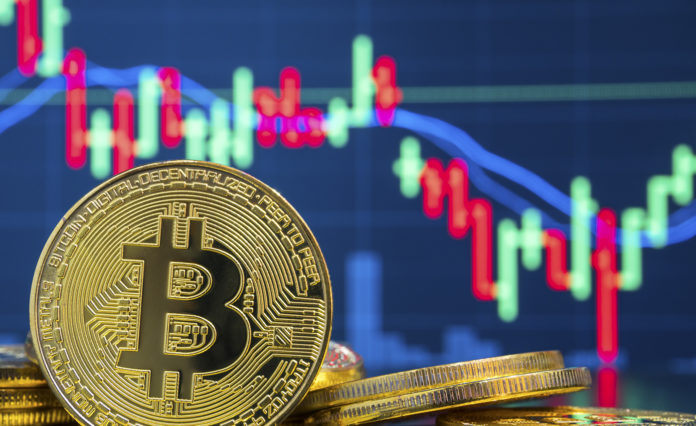 Providing a level playing field for everyone is a feature that is celebrated in the cryptocurrency age. Whether you are rich or poor, you can profit from bitcoin trading opportunities.

In a world where opportunities seem far-fetched, the gap between the rich and poor is a huge gulf that is difficult to bridge. However, the onset of bitcoin has brought a ray of hope to bridge this divide. Is this really so? The rise of cryptocurrencies across the globe offers everyone the same opening to explore the opportunities provided.  Knowing what to do with bitcoin can change the fortunes of anyone.

In all honesty, just like the dotcom age in the 1990s, the cryptocurrency age has brought with it threats and opportunities. In the two years to 2018, quite a number of people did hit the bitcoin millions. This was real and tangible as seen in media reports globally. So, out of obscurity, some people did rise out of the ashes of lack and being poor to become rich.

Unlike lottery or some jackpot schemes, the astronomic rise in the price of bitcoin gave some early hodlers an opportunity to make monster profits. While the entry point into the millions have become straitened since the winter of 2017, other inroads are available. In bitcoin’s early days, all that was needed was to buy it and wait for a price rise. Now, the scenario is different.

The route to the bitcoin millions today is paved with a need for an in-depth understanding of the cryptocurrency market. Whether you are poor or rich, the rules do not change. You need to know how to arbitrage between bitcoin, fiat, and altcoins. The trade in cryptocurrency has hit the font burner of financial markets just like forex and traditional stocks and securities.

So, do you want the crypto millions? Far from the wave of luck, you need to know how the trade in bitcoin works. If you are poor, and you want to be rich, bitcoin trades can open a new door of wealth. However, you need to get to work, and this is hard work. Know how the market works and watch the trends. Maybe you need a bit of luck, but believe me, it cannot be about luck all the way.

The number of cryptocurrency exchanges have multiplied across the globe and as at last count, they are more than 2,000. Exchanges share some similarities with banks, and they have quite some differences as well. For the unbanked poor, just a mobile device and internet connection is all that is needed to use an exchange. No physical journeys are necessary, and time lag inbuilt in the process is minimal.

While the rich already have access to banks and several other financial institutions, the poor might have some limitations. With cryptocurrency exchanges, several aspects of bitcoin revolution are positively favorable to the poor. While defining who is poor might be subject to many interpretations, the overriding theme here is to address the rich-poor divide.

So, can the unbanked poor become rich with bitcoin? This is a big question. The pointers show that anyone can become rich with bitcoin. To open an account on an exchange is free and has no monetary cost. This equalizes the rich and the poor. The next step is trading. What can you trade on and what do you have? Trading in bitcoin would require that you activate your bitcoin wallet. You can either buy or get a friend to send bitcoin to your wallet address.

Several pairs exist on different exchanges that can be traded on. The major denominators are BTC, USDT, ETH, XRP, LTC, and EOS. Many exchanges accept crypto deposits in any of these leading names, once you have a deposit, you can begin your trading journey. An important step for anyone looking for the goldmine in bitcoin trading is learning the ropes.

What the Unbanked Poor Can Learn

Truth be told, every person who is keen on amassing the bitcoin millions have a duty to learn. If you are rich, and you can offer to hire brokers, you can ignore the rubrics. For self-starters, there are a few fundamentals that need to be studied. These building blocks are not so difficult, as they can be learned by anyone who has a basic high school-level literacy.

1. The price of bitcoin

If you are going to trade bitcoin, you need to know how bitcoin price arises. To be honest, beyond the daily rhetoric about bitcoin price manipulation, you should know what drives the daily price quotes. Just like the stock market, quotes, bids and sales are driven by two-way mentions. Someone has to quote an offer for there to be a sale. So, marker forces largely drive the price of bitcoin.

The major red light with bitcoin and cryptocurrency trading is the volatility of prices. The price can shoot up by up to 200 percent in the morning and nose-dive by 205 percent by nightfall. So, getting into bitcoin means that you understand the issue of losses and gains as a result of price volatility. If you are an unbanked poor, you have a chance to use the volatility of bitcoin prices to your advantage.

On the basic level, you can learn to buy bitcoin when prices nosedive, and sell when prices spike. You can also learn to use the stop-loss to avoid the eroding of your trading value. You can also sign on to arbitraging sites like bitmex to use leveraged trading.

The best bitcoin debit cards are out there in the marketplace, and you can use them to withdraw your gains as you trade. Recently, Coinbase launched bitcoin debit cards in its London market, and a few service providers like wirex and crypto.com are alternatives you can use. Essentially, when you have made some gains or profits in your bitcoin trade, you can enjoy the rewards.

You can send your profits instantly to your debit card wallet address and withdraw it on any VISA/Mastercard ATM.  This is one explanation that shows why bankers hate cryptocurrencies. It enables a bypass of the banking system.

The market for the trading of bitcoin and other cryptocurrencies is open to everyone. The unbanked poor can make huge gains with an understanding of the market. For the rich, your existing portfolio can increase even more as you trade bitcoin with caution and expertise.

Stevan Mcgrath, is a Bitcoin and cryptocurrency enthusiast, passionate about the potential these tools and blockchain technology bring to the world and writes consistently for CoinReview. He has been following development of blockchain for several years. To know his work and more details you can follow him on Twitter, Linkedin.

How To Merge Facebook Pages: All You Need To Know (June 2020)