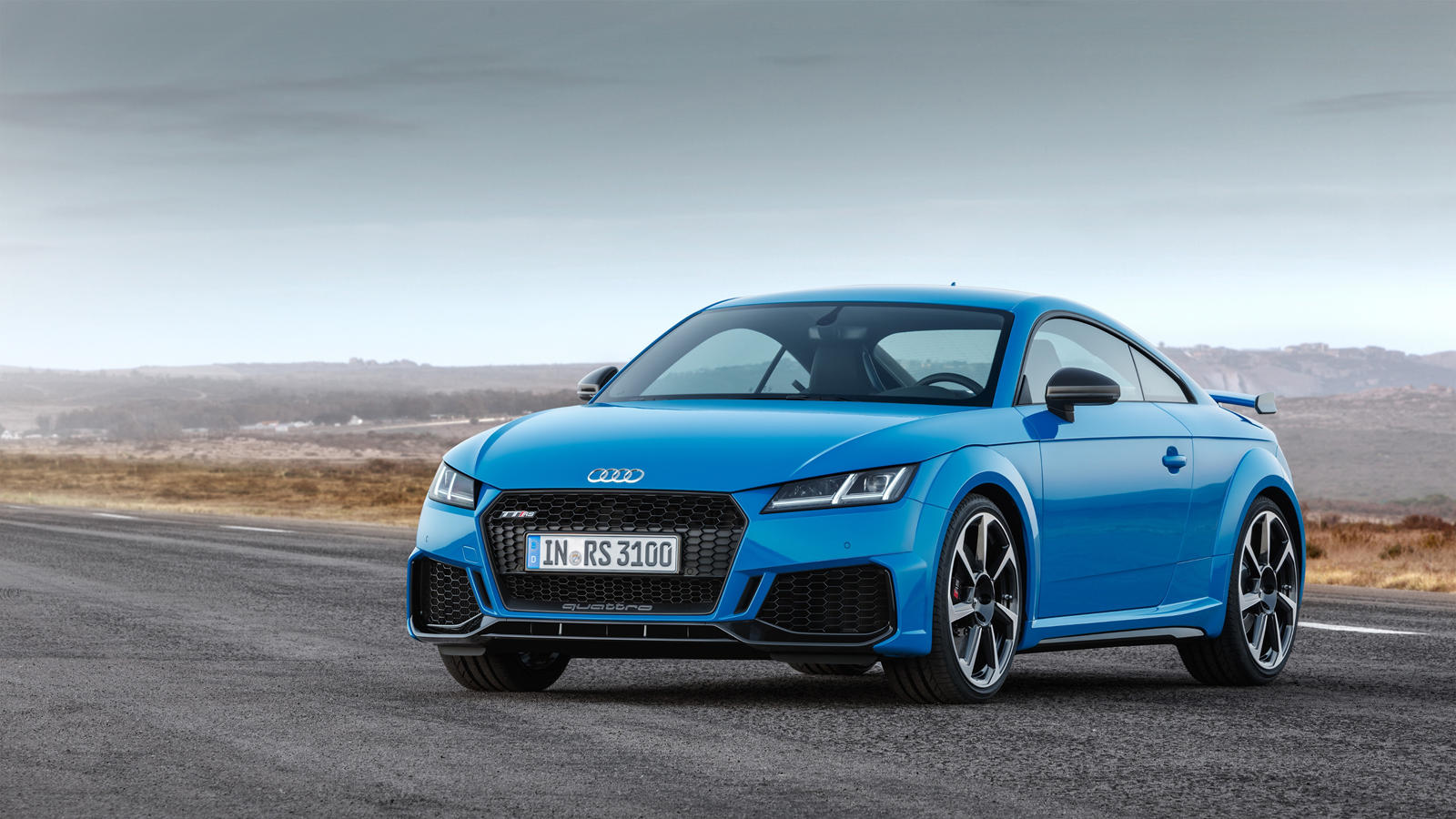 The newly redesigned Audi TT RS is standard equipped with LED light and customers will be able to choose from eight exterior colors, among which are Pulse Orange and Turbo Blue.

There are also optional stylish, opaque packages of black or aluminum mats. The redesigned TT RS also has an optional MMI Navigation Plus multimedia system with voice commands and a Wi-Fi hub for driving devices for drivers. 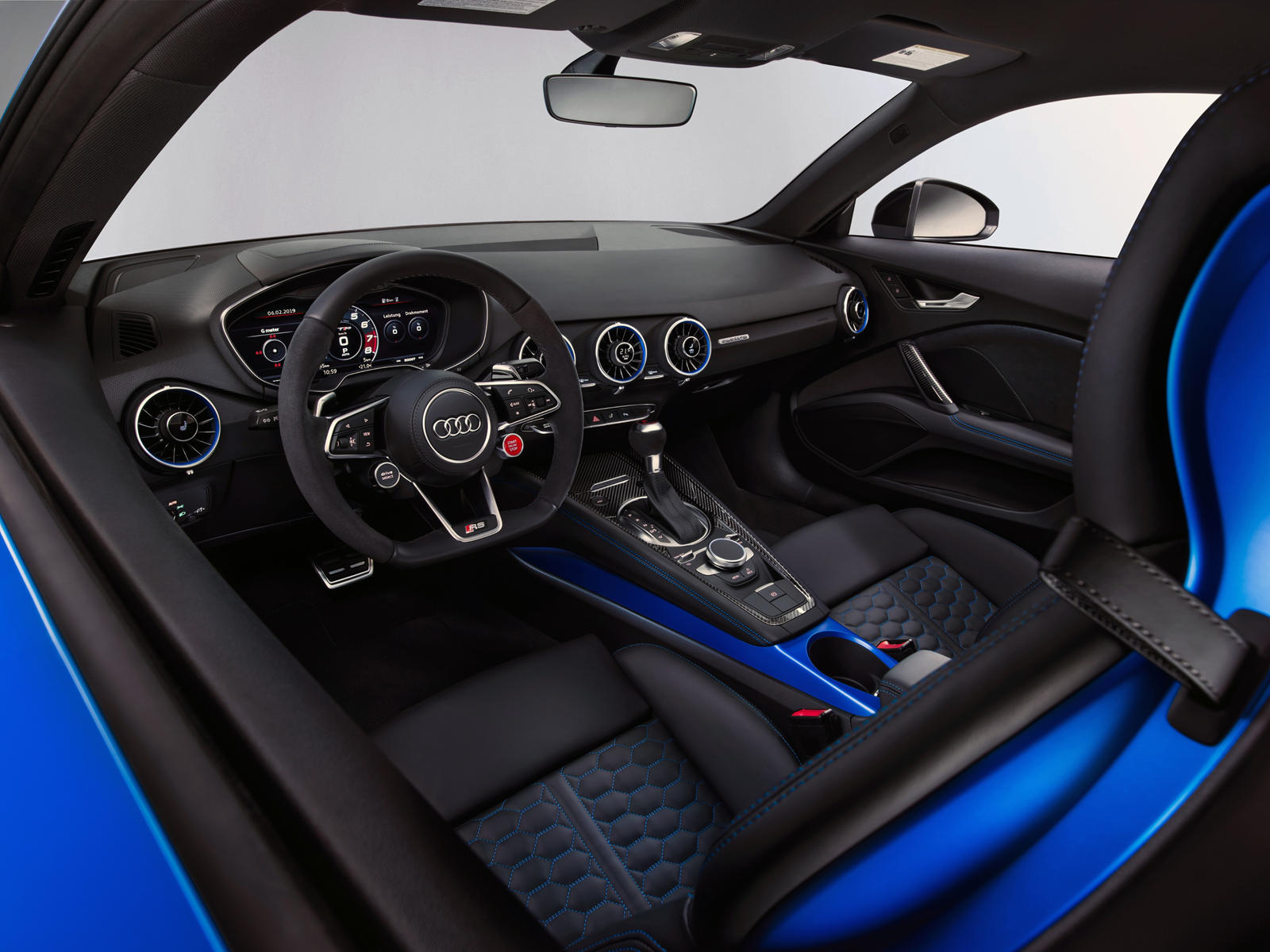 The smartphone is connected to the multimedia via the USB port and the premium option is the Premium Bang & Olufsen audio system with 680 watts.

The engine has remained unchanged compared to the pre-redesign model and the TT RS continues to be powered by a 5-cylinder 2.5-liter TFSI turbo engine with 400hp and 480Nm.

Power is transmitted on all axles using a 7-speed automatic transmission. The acceleration from 0 to 100 k/h in only 3.7 seconds, while the maximum speed is limited to 250 km/h, with the possibility of increasing the limit to 280 km/h.

Sales in Europe start on February 7 and the initial price of the Coupe version in Germany is 67,700 euros, while for Roadster it is necessary to allocate 70,500 euros. The first shipments are scheduled for spring and the Audi TT RS premiere for 2019, will be held next month in Geneva. 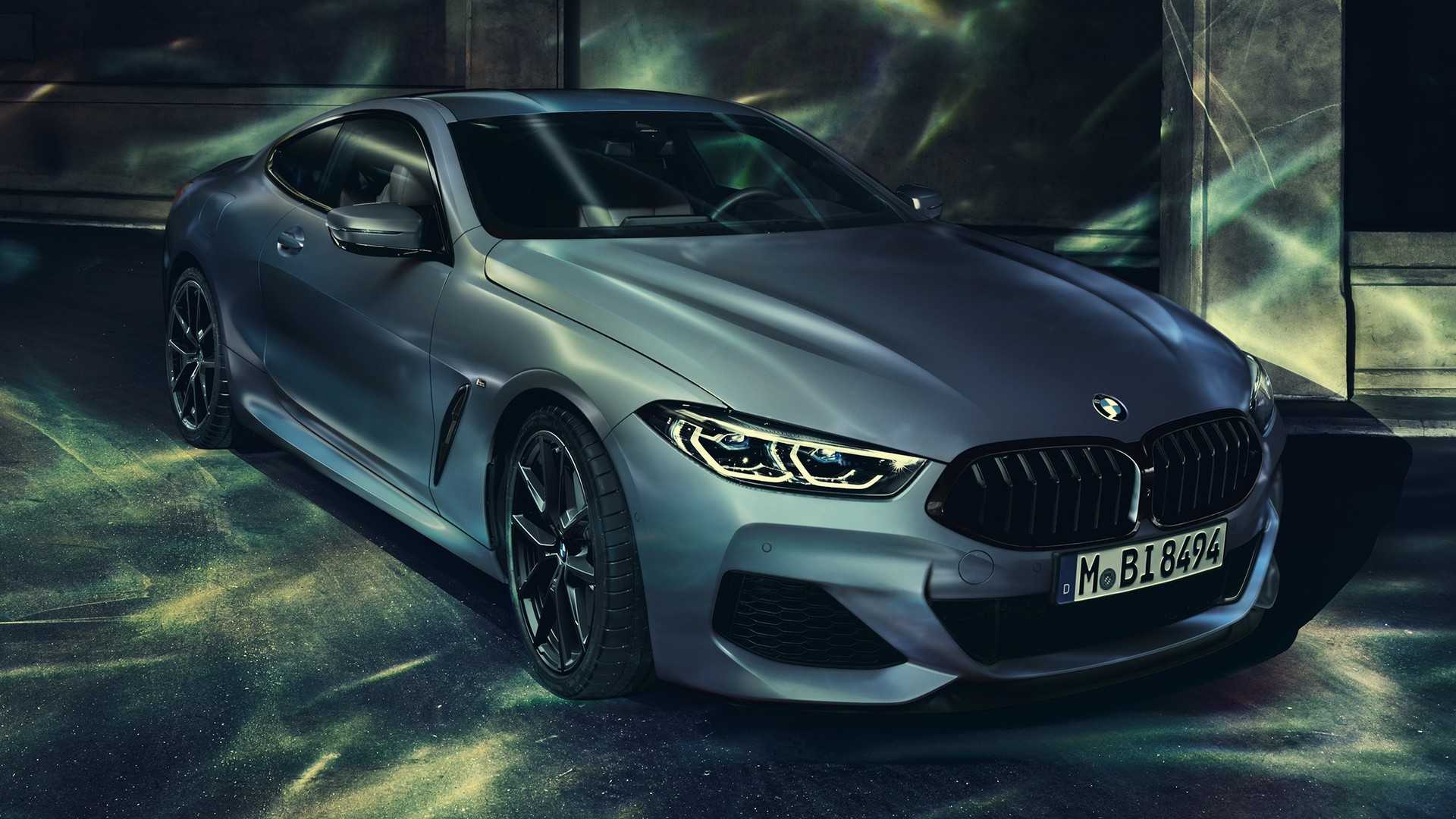 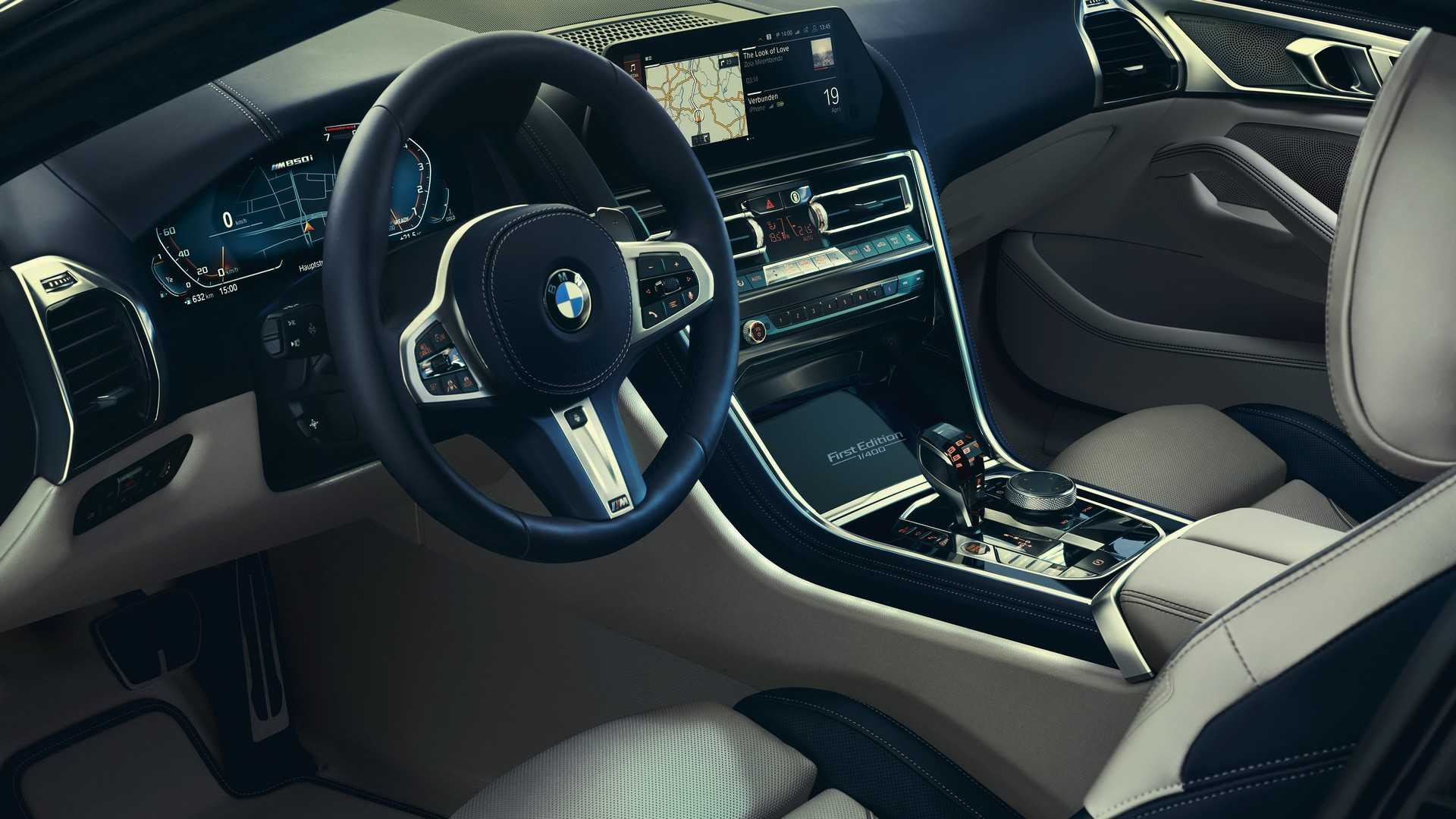 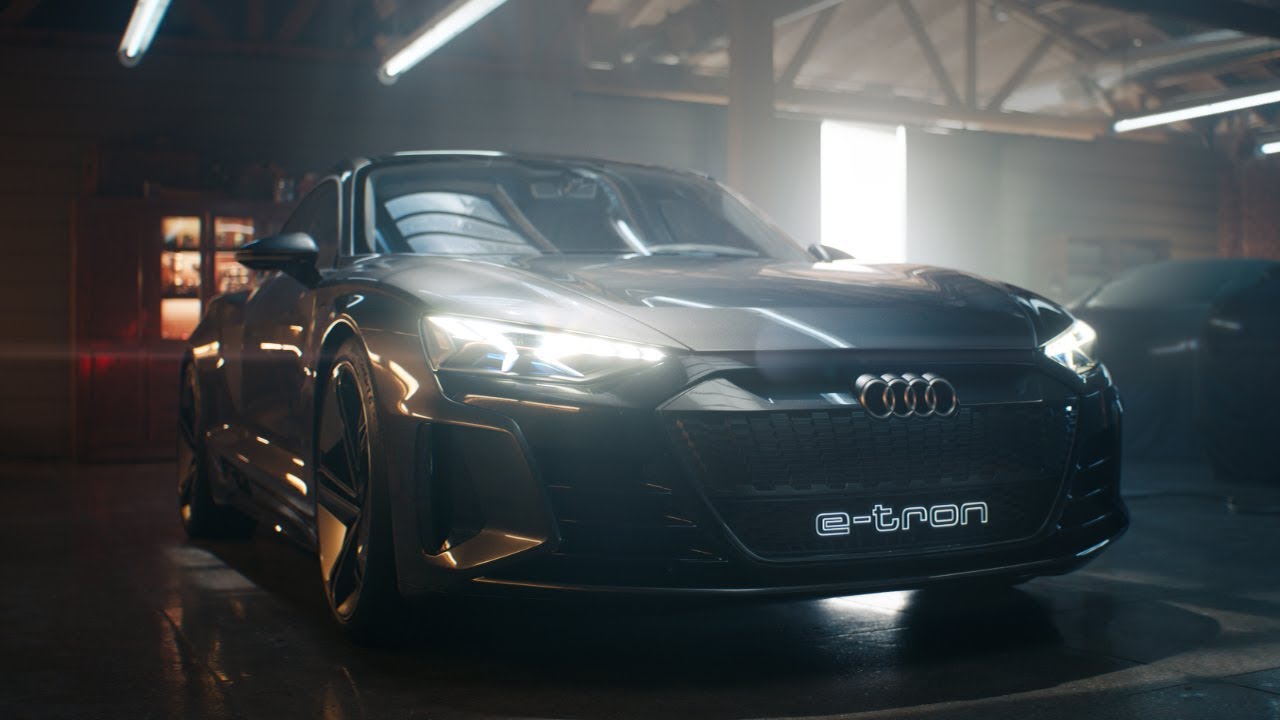 The Super Bowl is the sporting activity most followed in the world, while the ads that opt ​​for it are of great importance,Telegraph reports.

The German manufacturer Audi has chosen this development to show plans for the next five years.

In a commercial called “Cashew” that is the name of a dry tropical fruit, a scene is shown for a dream, as part of which is displayed closely by Audi e-tron GT. The car we saw at the Los Angeles Auto Show, expected to launch in 2020.

When his patrol passes, a new SUV from the e-tron is displayed in the garage, which only shows the front.

However, besides, there are two other fully covered cars, which in all likelihood may be part of the Audi plans until 2025, for the electrification of vehicles. 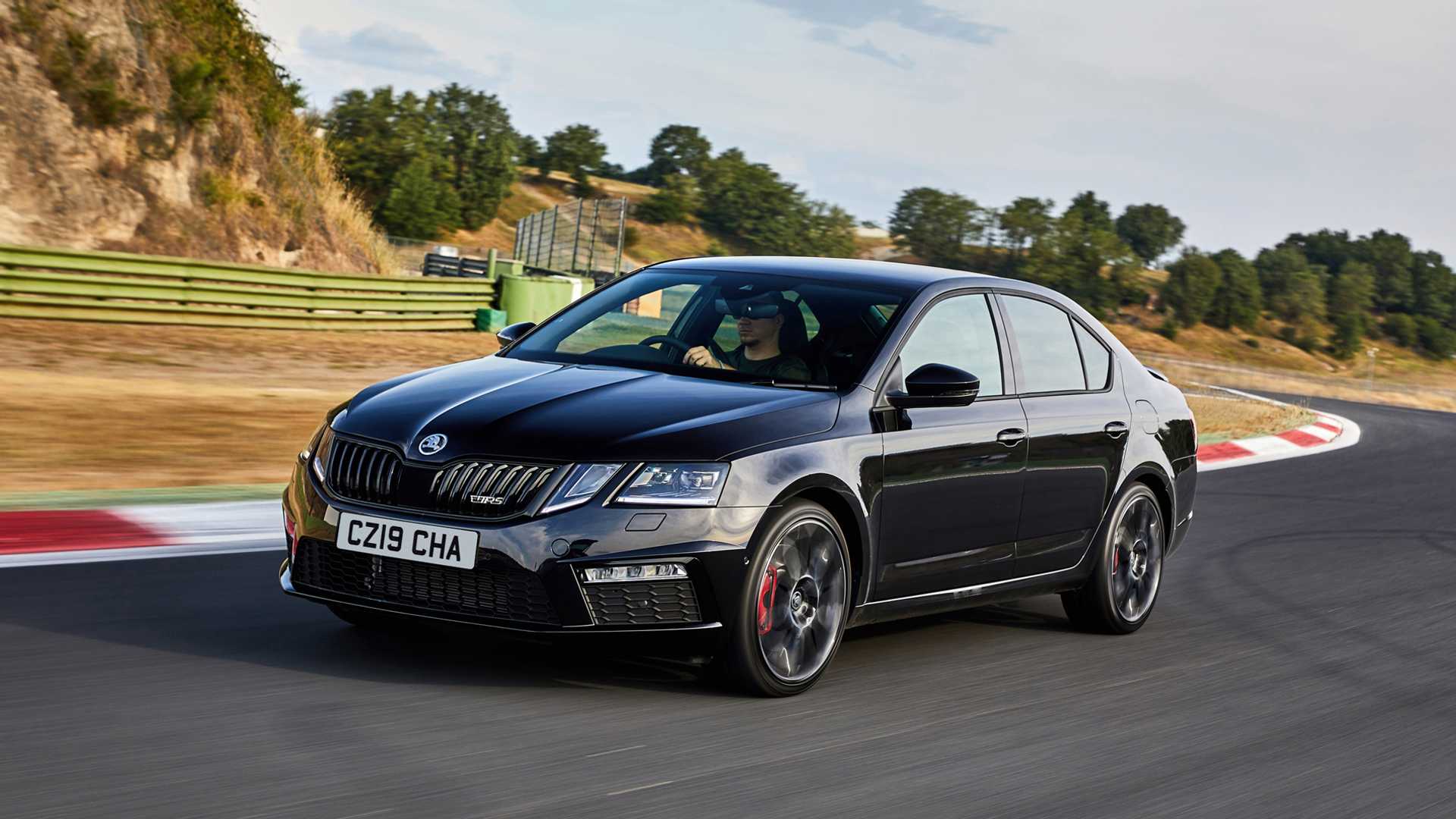 Skoda has launched the Octavia vRS Challenge, a special edition at the top of the model rankings. Several extra equipment and a chassis update to the Skoda Octavia vRS standard have been added to the car.

2019 Skoda Octavia vRS Challenge also offers some chassis improvements over the standard model. This includes a set of electronically-regulated mechanisms as well as a differential which, when needed, can drive 100% of the engine’s power on a single wheel.

The car has a VW Group 2.0-liter TSI engine that produces 242 horsepower, and manual transmission at six speeds. As a result, the car reaches a speed of 100 km/h for 6.6 seconds and has a maximum speed of 250 km/h. 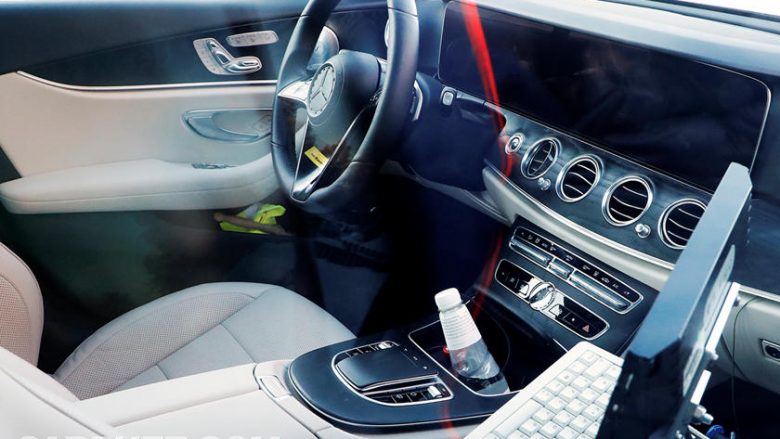 There is only one year since the new car spies saw a camouflaged Mercedes E-Class, while stopping for gasoline and without spending much time, this car was highly developed, Telegraph reports.

For the first time, interior insights have been obtained, where changes are unexpected. The biggest difference is the wheel, which is completely different, that was seen earlier only to the new generation S-Class. 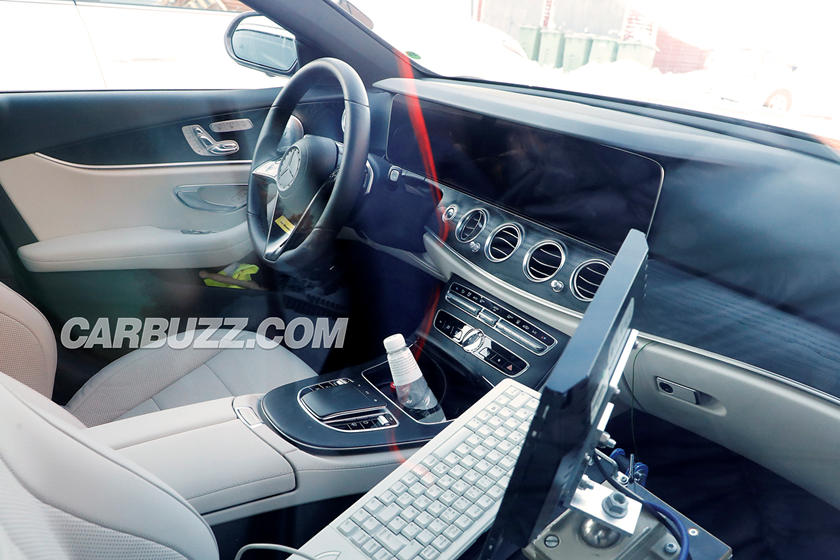 The interior has very defined angles, and everything seems to have been created very carefully.

Technological devices and buttons are very minimal, to give as much space to the information system as MBUX, the latest Mercedes version.

However, the front part also has a camouflage layer and a side-by-side computer, hinting that everything is in the process of working, allowing for unexpected changes. 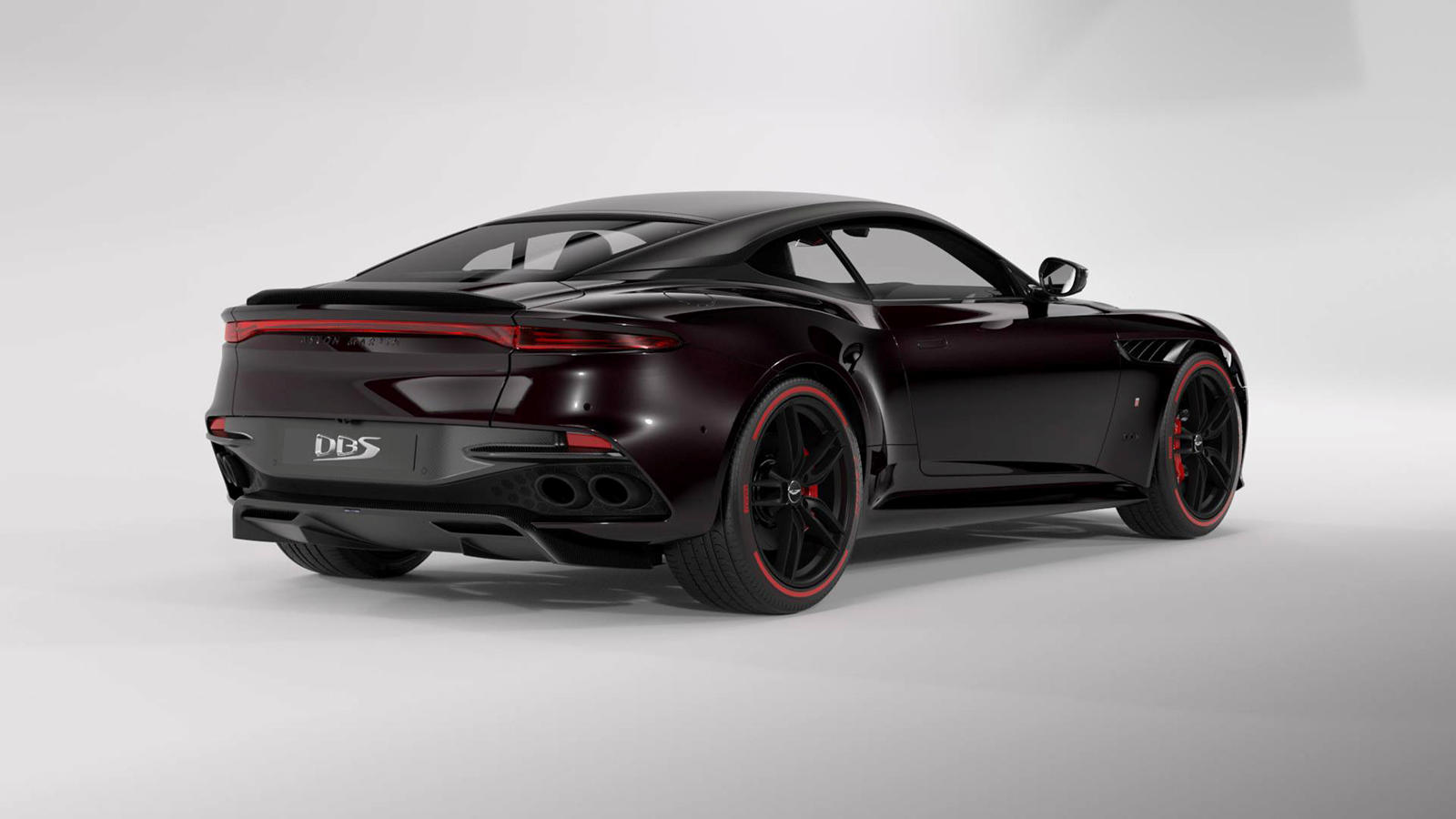 The finished car will not differ much from DBS Superlaggera, but it will have multiple extruder waves of carbon fiber to add aerodynamics.

Everything will be painted with two tones of black color, including the defenders and wheels, where the red will be written Pirelli. The interior will have the same color, only that the names of the two manufacturers will be embroidered in red. 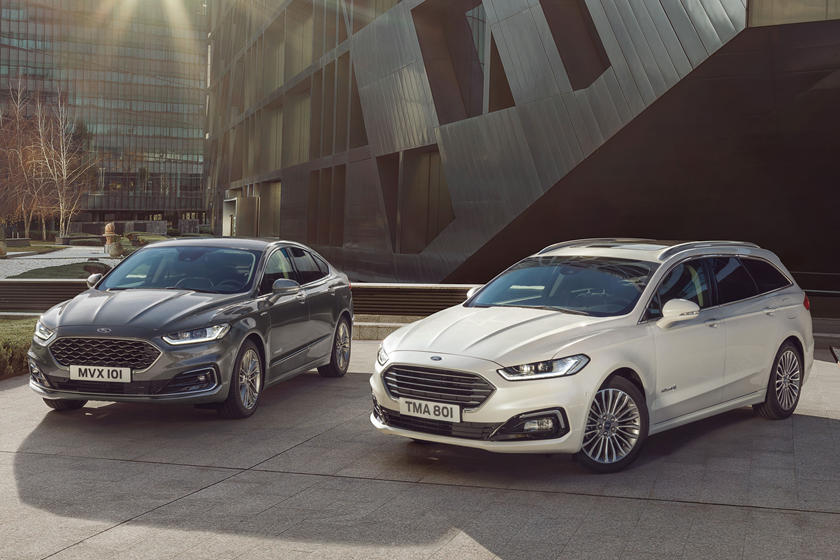 Since it was launched in 2015, Ford Mondeo has not undergone any change until the latest in the Brussels Motor Show.

This hybrid car is presented in three variants, such as a four-door sedan, a five-door, or even a caravan. The fourth generation has improvements under the cap, where depending on the buyer can be placed the engine that produces 118, 148 or 187 horsepower. 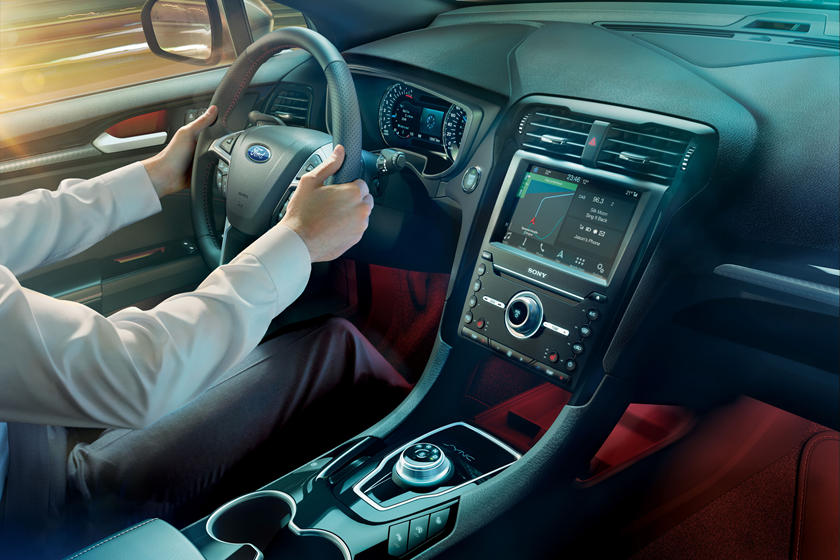 The exterior has undergone light changes, while the interior of the fourth generation of Mondeo has technological advantages, such as the information system and driver assistance.

The car that is destined for the European market will be produced at the base that Ford has previously built in Valencia, Spain.

Like Mondeo, it is expected that the Ford Fusion model will be introduced soon, but not with major changes. 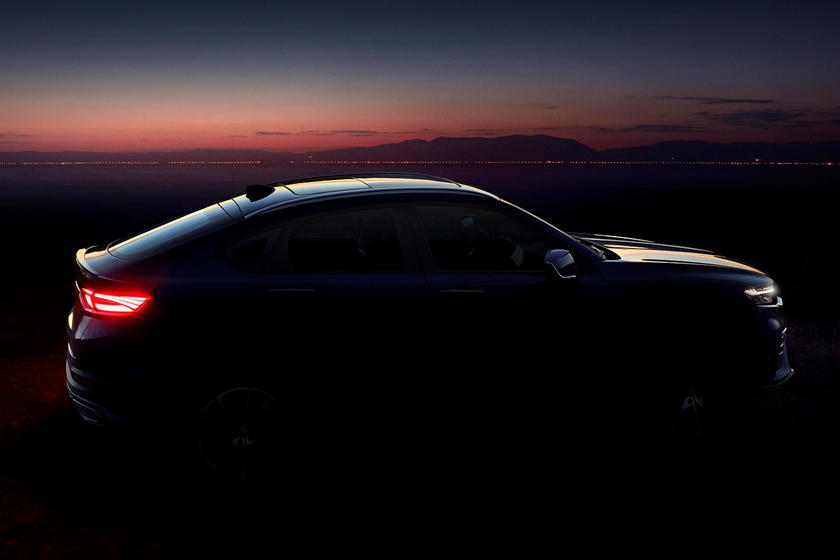 Since being introduced last year in Australia, we know more about the long-awaited Volkswagen Golf GTI TCR, reports Telegraph.

Golf model enthusiasts were not so happy when they learned about the performance of the eighth generation, which is no bigger than the current model.

Under the cap has a 2.0 liter engine, which allows the base model to produce 217 horsepower, while the Performace pack can produce 227 units. However, Golf 8 will be liked by everyone driving in the street, as there are ‘race genes’. 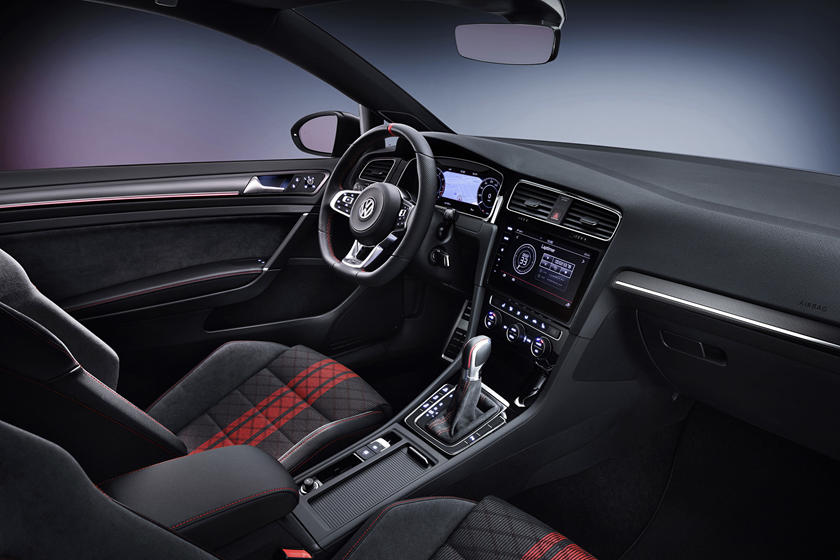 “This model, which is being processed for the eighth time, can not be disappointed,” says a Volkswagen car-maker to a forum.

The new 18-inch wheels, seven automatic speed and new differential speeds at the front, are the three elements that differentiate it from the current model. Advantage are also the great openings of air, which have greatly enhanced aerodynamics.

Golf 8 prepayments have already begun, the base price of which is 38.950 euros, while for the completed version 41,147 euros have to be paid. 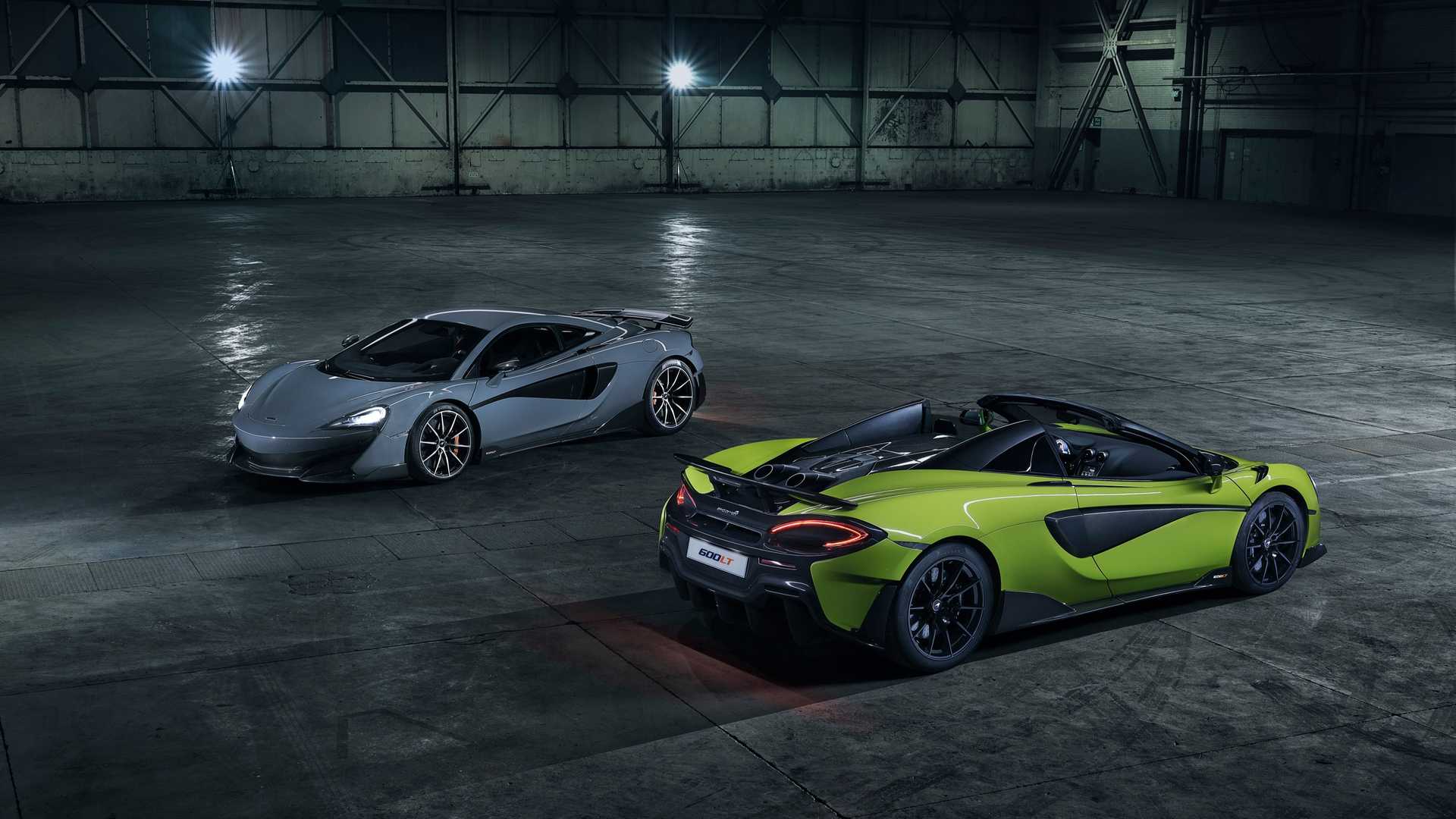 McLaren says the Spider 600LT has a rigid and folding roof, the mechanism of which has increased the total weight of the car by just 50 kg compared to the Coupe 600LT.

The same twin-twin 3.8-liter V8 engine is used for the car, which uses the coupe version from 2018. The engine specifications are exactly 600 horsepower and 620 Nm of the maximum torque. 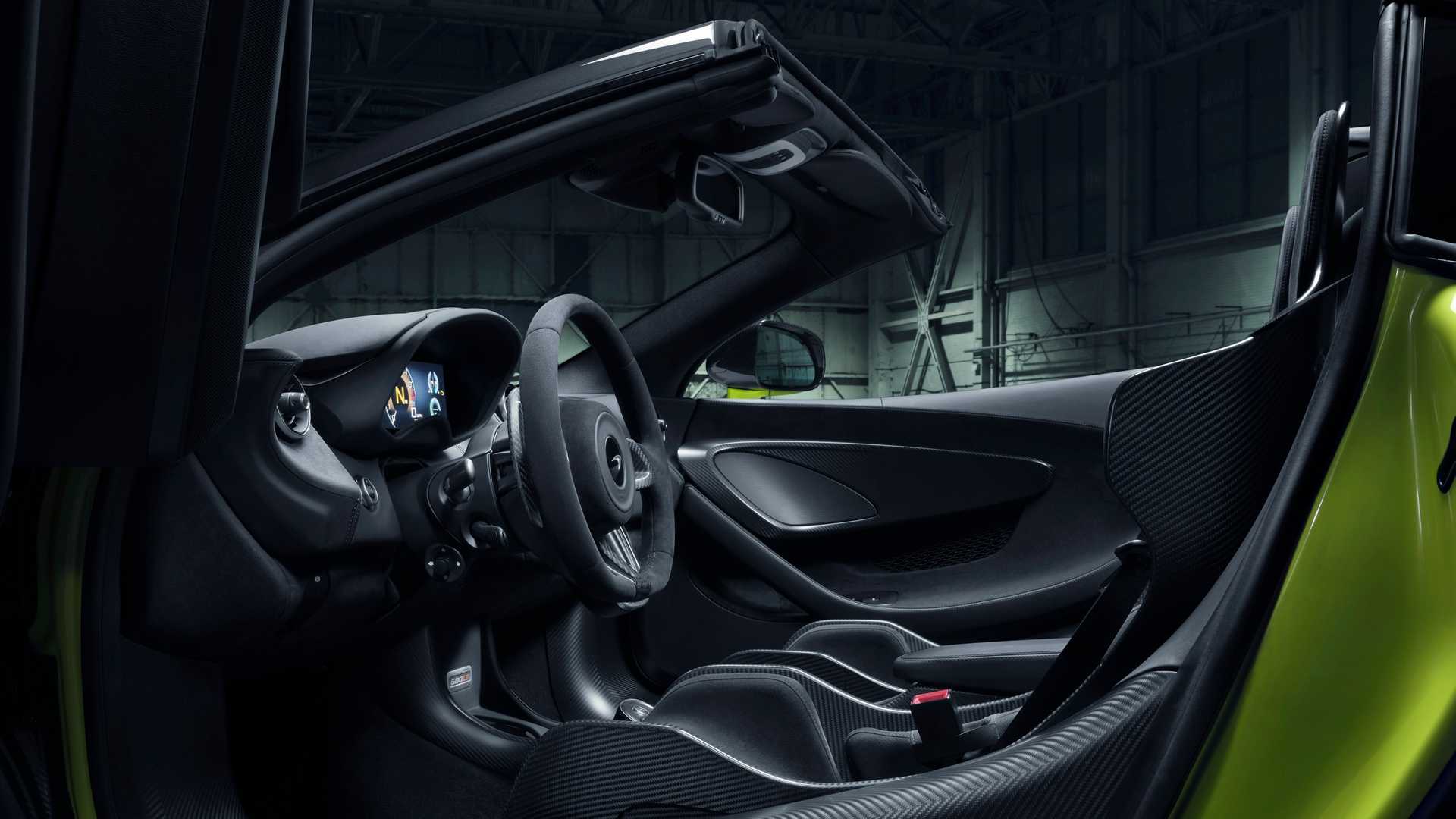 The power is transmitted using a seven-speed automatic transmission, and the car reaches from 0-100 km/h only in 2.9 seconds, while 200 km/h reaches in 8.4 seconds.

The maximum speed with the raised roof is 324 km/h (4 km/h less than the McLaren 600LT Coupe), and the roof is electronically limited to 315 km/h.

The new McLaren costs $256,500, while the MSO Clubsport package with carbon fiber seats from the Senna model costs over $20,000