McLaren introduced the special version of the 720S, which was sealed by the MSO’s Special Operations Department of this manufacturer.

To make the McLaren 720S even more specific, the MSO has painted it in “Sarthe Gray”, while the so-called red “Vermillion Red” was used as a contrasting shade for the details of the front moldings, wheels and masks.

In addition, this extraordinary car is equipped with special wheels, and a combination of similar colors is supported inside the vehicle. 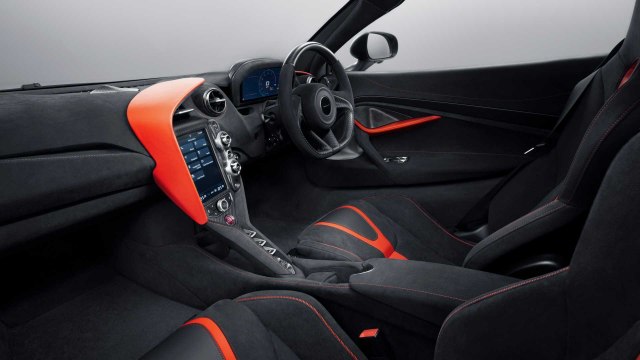 The McLaren 720S Stealth is based on the 720S performance version, which is initially equipped with a variety of carbon fiber parts and elements.

The British company says that only the special external color uses 200 hours of work. Though visual improvement, the Stealth 720S has not had performance improvements, and this car, like the 720S standard, uses a twin-turbo 4.0 V8 engine with 720 horsepower.

> Read Next: BMW reveals the face of the strongest 3 series without the M Sign