Cupra Ateca Limited Edition under ABT “Treatment”, Boosted to 350 HP 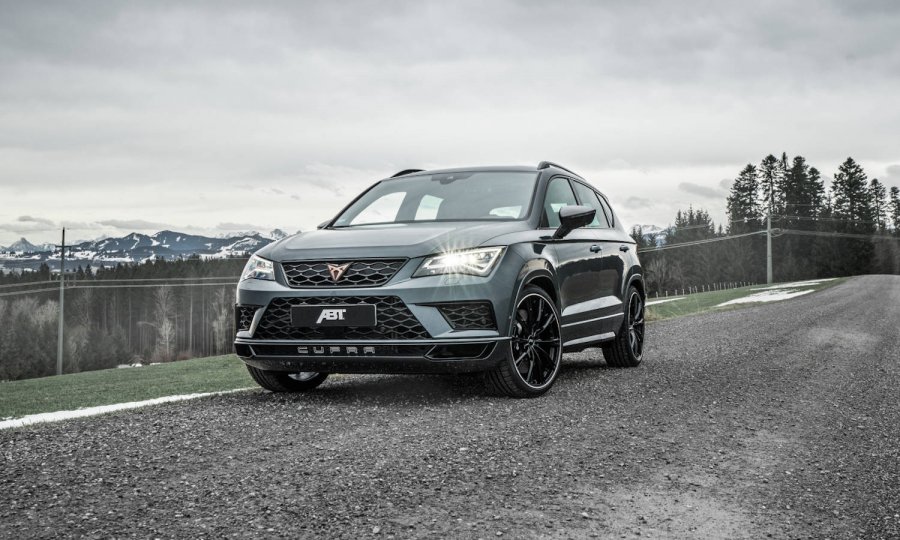 With 350 HP and 30 mm lower chassis, it is the sportiest in the range

Cupra Ateca Limited Edition is the Spanish manufacturer’s special series, Seat, limited to only 1,999 units. Now, a model from this series has passed through the hands of renowned German company ABT Sportsline, which is involved in car modification.

The serial model has a turbocharged 2.0-liter petrol engine in combination with the 7-speed automatic transmission, while the ABT version is boosted to 350 horsepower.

Also, the ABT Cupra Ateca Limited Edition now achieves speeds of 0 to 100 kilometers per hour in less than 5 seconds and top speeds of up to 255 km/h.

> Read Next: Mansory introduces the ‘beast’, AMG G63 with 800 horsepower