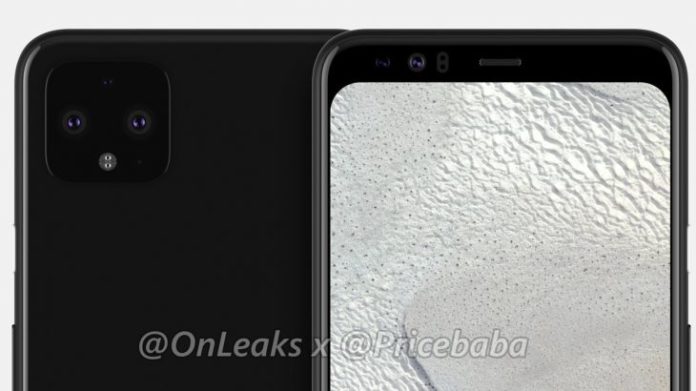 We already know how the back of the upcoming Pixel 4 phone and the recently released XL photos of the front tell us that the phones will no longer have the “notch” of the Pixel 3 XL.

Photos were published by trusted OnLeaks payout. In fact, the Pixel 4 XL will be a big frame at the top which features a dual front camera system along with other sensors and a loudspeaker.

But the photos do not notice a physical fingerprint scanner, so Pixel 4 may have a hidden sensor under the big screen can even go with a technology like Face ID.

Well, since there seems to be some interest, 1 month after delivering your very first glimpse at the #Pixel4, here comes your very first full look at the #Pixel4XL! 360° video + gorgeous 5K renders + dimensions, on behalf of my Friends @Pricebaba again -> https://t.co/mCQCOp5Pp1 pic.twitter.com/MeAIID0FDz

Well, since there seems to be some interest, here you go! Wait ’til you see what it can do. #Pixel4 pic.twitter.com/RnpTNZXEI1 — Made by Google (@madebygoogle) June 12, 2019

It is also worth pointing out that Google itself has been publishing back photos of Pixel 4 by revealing the camera system. The absence of a fingerprint scanner at the back confirms that it will most likely be under the screen.

> Read Next: Mozilla launched the paid version of Firefox, how much will it cost?