How does Artificial Intelligence Work? 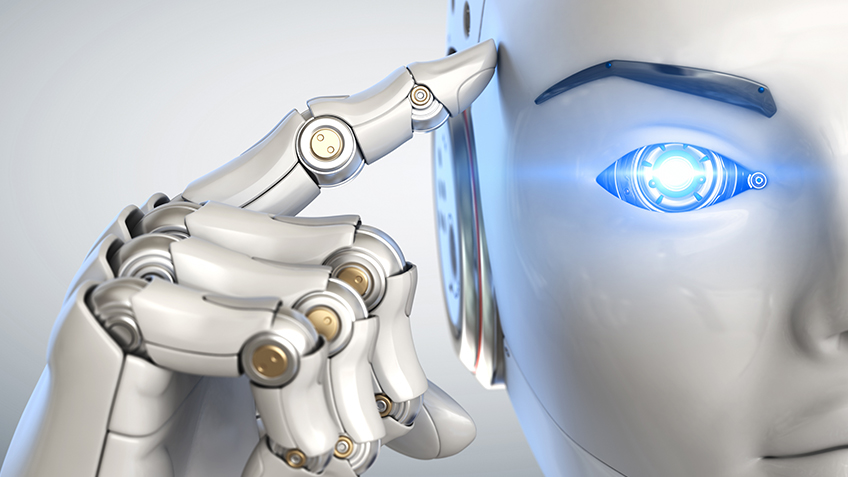 “Everything we love about civilization is a product of intelligence, so amplifying our human intelligence with artificial intelligence has the potential of helping civilization flourish like never before – as long as we manage to keep the technology beneficial. “Max Tegmark, President of the Future of Life Institute.

From SIRI to self-driving cars, artificial intelligence (AI) is progressing at a fast rate. While science fiction often portrays AI as robots with human-like characteristics, AI has the potential to comprehend anything from IBM’s Watson to Google’s search algorithms to autonomous weapons.

The term artificial intelligence came into being in 1956 but it has become more well-known today due to its advanced algorithms, improvements in computing storage and power and increased data volumes.

One of Britain’s pre-eminent scientists, Professor Stephen Hawking quoted to BBC – “The development of full artificial intelligence could spell the end of the human race.” He said that the primitive forms of artificial intelligence developed to date has proved a boon but he fears the consequences of making something that can surpass or match human-beings.

Today every field has a high demand for AI capabilities – mainly question answering systems that can be used for risk notification, legal assistance, medical research, and patent searches. AI performs high-volume, frequent, computerized tasks consistently and without fatigue. Artificial intelligence revolution has unimaginable potential, to transform wide-ranging areas that were unimaginable earlier. In short, in the coming years, AI would revolutionize every aspect of our lives.

Artificial Intelligence works by combining large amounts of data with fast, intelligent algorithms and iterative processing, letting the software to learn automatically from features or patterns in the data. A subfield of AI, cognitive computing strives for a usual, human-like interaction with machines.

Since the role of the data is now more important than earlier, it can create a competitive edge. If you have the best quality data in a competitive industry, even if everyone is applying the same techniques, the best data will always win.

Neural Network – It is a type of (ML) machine learning which is formed of interconnected units (perceived as neurons) that processes information by relaying information between each unit and responding to external inputs. This process analyzes data multiple times to search associations and develop meaning from undefined data.

In addition to the above, there are several technologies which enable and support Artificial Intelligence:

A report generated by Gartner suggests that by 2020, AI would generate an estimated 2.3 million jobs. This figure was calculated by taking into account the 1.8 million jobs made simpler by automation.

How can you learn AI

Now that you know what AI is and the technologies that use AI, you might be intrigued to learn AI and make a career in it. If that’s the case, this is a great time since more and more organizations are implementing AI for various business processes. There are various ways of learning AI, but the best way of doing it is by opting for an AI training course. Once you complete the course, you will be well-versed with the nuances of AI and it will ensure that you have a great career in the AI industry.

The goal of Artificial Intelligence is to provide software that can reason on input and provide an explanation on output. Although AI is not a replacement for humans it will provide human-like interactions with software and offer decision support for specific tasks.

2 thoughts on “How does Artificial Intelligence Work?”