neoAdviser
Home Blogging How To How To Charge Your Phone Faster 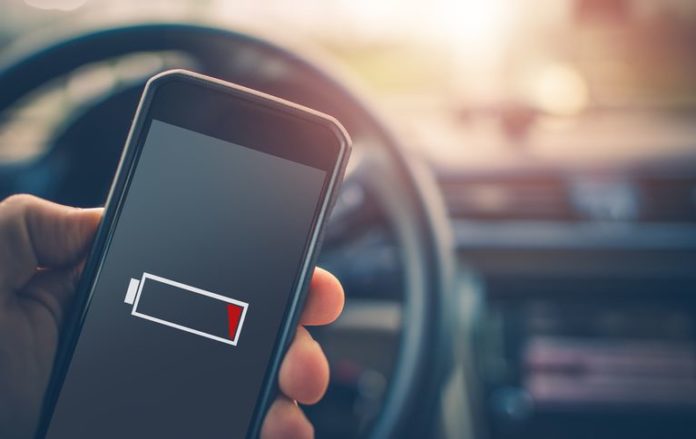 It seems like phones are dying faster and faster. When you get a new phone, the battery is great, but over time it starts dying more quickly, so you’re always in need of a charge.

When you’re low on battery, it can seem like it’s taking forever for your phone to charge. If you forgot to charge and you’re on the go, it can be a hard balancing act: leave with a dead phone, or wait for it to charge? Luckily, there are ways to get your phone charged up faster. Try these tips to get your phone back to 100% in no time!

Use a Fast Charger

Did you know that there are fast charging cables? The standard iPhone or Android charger doesn’t have as much power as some other chargers. The charger that comes with most iPhones only has 5 watts of power, but most modern iPhones can handle 30 watts of charging power.

iPhone fast chargers use the full wattage to power up your phone faster! More current versions of Androids can also use fast chargers, although their specific wattage depends on each device. Upgrade to a fast charger to get your battery back quickly.

Plug into a Wall

Whether you’re using a fast charger or a standard one, plug into the wall over other devices. A wall outlet offers the best current, so your phone can charge as fast as possible.

If you plug your phone into a laptop, as many do, the energy is shared between the computer and the phone, so it won’t charge as quickly. If your laptop falls asleep, it can also stop charging altogether, slowing you down even more.

Wireless charging also isn’t typically as efficient as wired charging. Unless you have a wireless charger that supports fast charging, opt for the traditional cable.

Don’t Use Your Phone

This may seem obvious, but if you want your phone to charge you need to stay off of it! Using your phone while it charges still uses battery power, which will add time on to how long it takes to charge. While it is tempting to sit and text or scroll through social media, try to put the phone down and let it charge to get the job done faster.

In addition to this, it helps to turn off all background apps so that the battery isn’t passively used while your phone chargers. Close all apps entirely, and turn off location services on others – apps that use your location when the app isn’t open can be a drain on battery life.

If the temptation of using your phone is too much, simply turn on airplane mode. Airplane mode shuts down Bluetooth, WiFi, and cellular functions, which will help in turning off those background apps that use up battery. Airplane mode will also help keep you from playing with your phone while it’s trying to charge.

Another option in the same vein is to turn your phone off altogether so that no battery is used while it’s charging. The only downside to this is that you’ll have to turn the phone back on to check how the charging process is coming along.

Did you know that extreme temperatures affect your phone battery? If you have your phone outside on an extremely hot day, it can deplete your battery faster. The same is true in the freezing cold.

To help your phone battery charge faster, plug it in somewhere cool or room temperature. Some cases can cause phones to heat up – if this happens with your phone case, take it off while it charges. An overheating phone won’t charge as quickly. Keeping your phone at its optimal temperature will help it charge faster and stay charged longer.

It isn’t actually possible to overcharge your phone – but keeping it plugged in is a bad idea. Many people leave their phones plugged in overnight, but if you’re concerned with battery health, this is not a good move. Continuing to charge your phone when it is already at 100% can cause damage to the battery.

When you leave your phone plugged in for too long, it won’t overcharge in the sense that the battery knows to stop the current to protect itself. As it slowly loses a little bit of battery, however, the charger will essentially top off your charge to get back to 100% as long as it’s plugged in. This can affect temperature and will degrade your battery over time. Your phone will charge faster and maintain battery health longer if you charge right up to 100% and then take it off the charger.

Try out these fast charging tips to get your phone juiced up quickly! Follow the best battery health practices to keep your phone charged longer, so you don’t have to worry about charging it so often.

How to change your Apple ID password (iOS 10.3 and up/MacOS)

How to search for specific words in a YouTube video