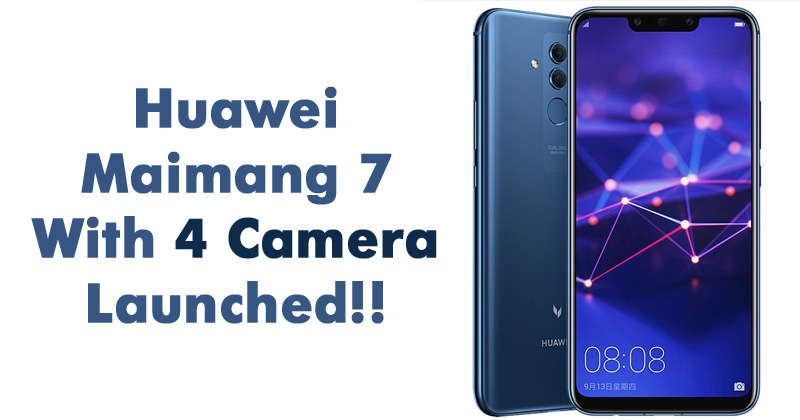 Huawei launched its all-new Mate 20 Lite in the marketplace of Poland and the UK. The smartphone was officially outed at IFA 2018. However, in China, the smartphone will carry a different moniker – Maimang 7. The smartphone arrives with 4 cameras with dual camera setup on both front and back.

The reason why we are talking about Huawei Mate 20 Lite or Maimang 7 is that the smartphone was recently announced in China. First of all, the smartphone looks amazing and its a mid-range device from Huawei. The smartphone really looks impressive on hands and it comes in a slew of color options. 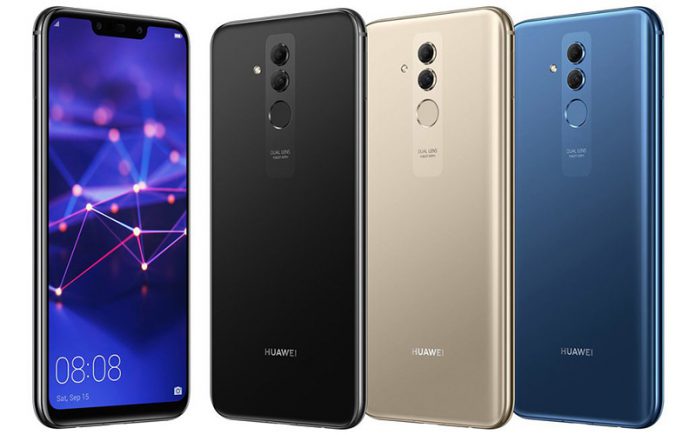 As mentioned early in the post, the smartphone comes with a premium look and it offers decent specifications. First of all, the smartphone sports a massive 6.3-inch full-HD+ notch display with 2.5D curved glass protection. Huawei Maimang 7 is powered by Kirin 710 octa-core processor with Mali G51 MP4 GPU.

Not only that, the smartphone also arrives with 6GB of RAM. The internal storage of the phone is set to 64GB onboard and it also has an expansion slot supporting microSD cards of up to 256GB. The most important thing about the smartphone is its camera. 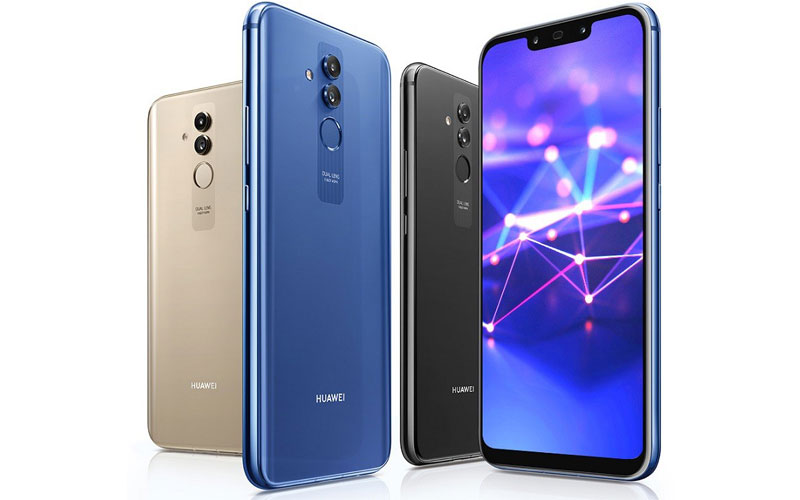 On top of that, the Huawei Maiman 7 is backed by a huge 3750mAh battery with fast charging support. In terms of connectivity, the phone includes dual 4G VoLTE, WiFi 802.11, Bluetooth 4.2, USB Type-C port and a few other things.

The Huawei Maimang 7 is priced at CNY 2,399 (roughly Rs. 25,300), and is available in Bright Black, Charm Blue, and Platinum Gold colour options. It is up for pre-orders on the company website, and will go on sale from September 15.