Huawei‘s party may have been marred by US sanctions, but the company still had something to show at its Mate 30 launch event, or as we might call the Galaxy Note killer.

Mate 30 comes in the category of 6+ inch phones for mobile enthusiasts and professionals who are always on the move and today more than ever focused on the camera leaving the qualities of a smartphone in the background.

This smartphone has decided, though not at will, to distance itself from Google apps and build a new future, a future that belongs to him alone. 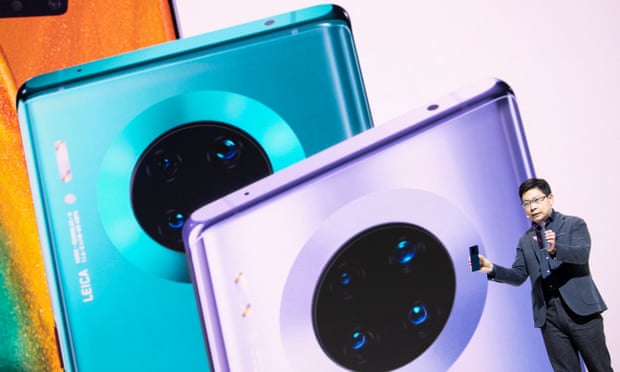 The first notable features of this smartphone are the 6.53-inch screen of the Mate 30 Pro which stays on and curves towards the sides of the phone structure. Equipped with OLED technology, it is characterized by a resolution of 2,400×1176 pixels. The volume buttons are part of the phone screen and available on the side of the screen.

The standard Mate 30 has a 6.62-inch screen with a resolution of 2,340×1,080 pixels OLED which unlike the Pro model does not extend to the sides of the phone. Like Samsung‘s Edge series, the screen lying on the sides of the phone is a nightmare for those who fear accidental button presses.

In the past, Huawei devices had better battery life but this disadvantage is somewhat overshadowed by new charging technologies. Mate 30 has a 40W cable and 27W wireless charging. Mate 30 gets power from the Kirin 990 5G chip built on the 7-nanometer architecture with the promise of significantly increased performance compared to the previous generation.

The company says 5G performance will outperform rivals like the Galaxy Note.

Huawei has entrusted Leica with photographic power by combining 4 rear sensors. The Pro model has two 40-megapixel cameras, an 8-megapixel Telephoto and a 3D depth-tracking camera. Looking back, the phone looks more like a Panasonic Lumix CM1.

Huawei did not hesitate to boast of the “notch” which it considers the most sophisticated in a phone. Mate 30 Pro has a 32-megapixel selfie camera, a gesture sensor, a 3D depth camera, a light sensor and a proximity sensor. 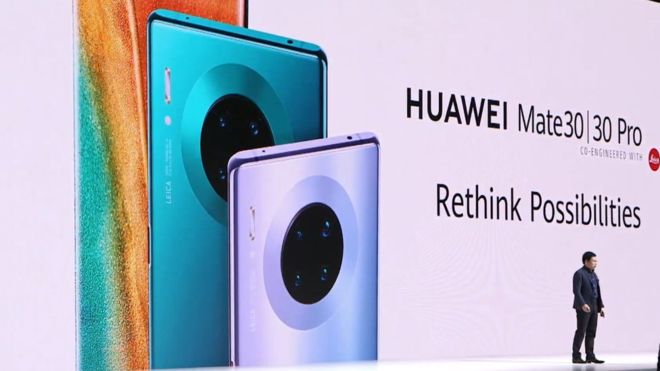 Mate 30 has a much smaller “notch” with only a 24-megapixel camera and light and proximity sensors.

As expected Huawei has partnered with Porsche Design to create a luxurious version of the phone. US sanctions on Huawei mean that the Mate 30 comes without Google apps, including the Play Store.

The company promises to invest $1 billion to attract applications to the Huawei ecosystem, while phones remain difficult to sell elsewhere except China.

> Read Next: The giant battery inside iPhone 11 Pro Max!