iOS 13 Upgrade From Apple: What are the New Features? 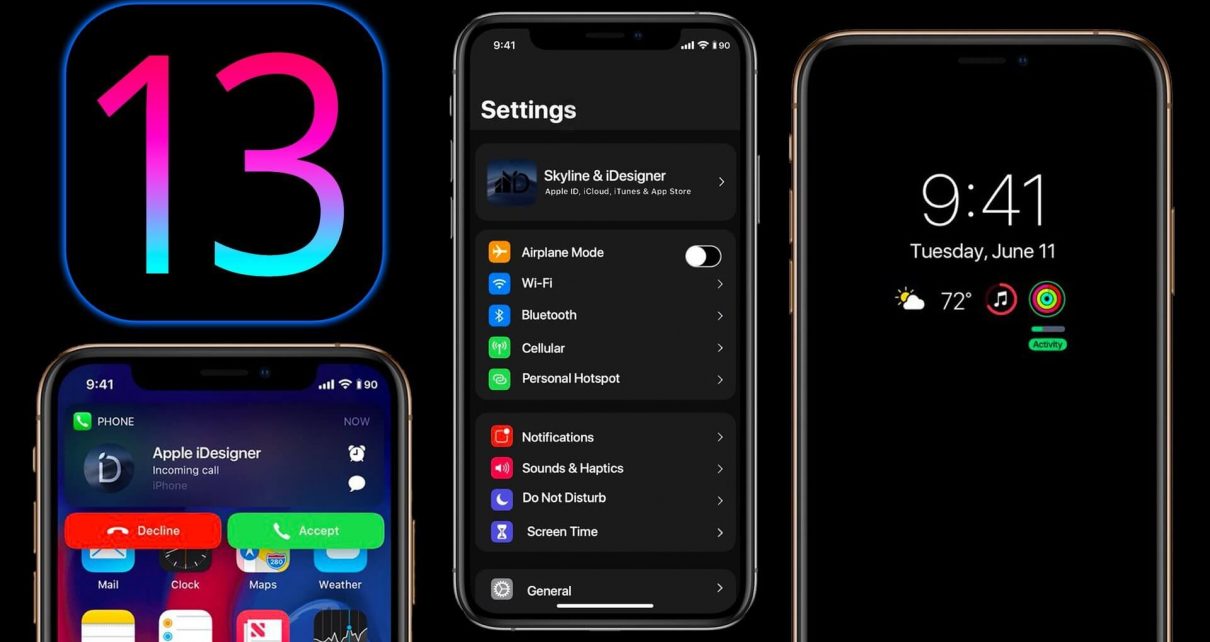 Before we know all the official details about Apple’s new operating system, we’ll have to wait a bit longer. But we will try to bring you all the news, rumors and “leaks” in this regard.

Apple’s updated iOS 13 update for the next products has been dealt with by the leaky 9to5Mac which has released the following innovations.

As we have announced before, one of the main news has to do with “Dark Mode” mode, the dark theme of the interface. This feature has been highly sought after by Apple users, while in Android has long been present.

In the new iOS, by activating Dark Mode, all applications that comply with this mode will apply it.

This feature is more focused on the iPad than on the iPhone, as it has to do with the 3-finger gesture. There is still no gesture information that will allow the system or some of its aspects to be commanded, but it is thought that with this update Apple will be almost on par with Android.

Apple may finally have made it possible to open a single app many times without first asking for it to close. It can also have different elements of the same application in two different windows. This function is very useful in certain circumstances. Improving multitasking will enable Apple to develop its project on “MAC computer replacement”.

In recent years iOS operating systems Apple Mail application was not developed at all. Especially comparing it to the giant steps Google has made in this regard with the Gmail app. The premise is that with iOS 13 the Mail app, Apple’s entire electronic communications management system will be an important step forward.

iOS 13 upgrade on the evolution of Safari.

Safari will allow you to automatically open a page in the desktop version, instead of manually opening it. This feature may look like something of no value, but for frequent users of Safari and the iPhone or iPad for work, it will be a great move.

With iOS 13, you’ll also be able to install other fonts more easily and configure them directly from the iPhone or iPad impostor menu. One of the biggest criticisms of iOS is the lack of customization of font or writing, the reason why Apple decided to give it a good solution.