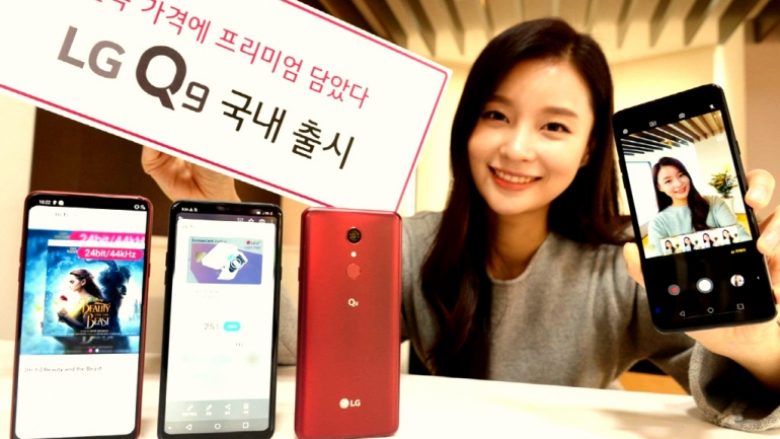 LG Electronics on Sunday confirmed the launch of their Q9 phone in South Korea later this week. The average smartphone is featuring the key elements found in LG’s major models, such as the AI ​​artificial intelligence camera and LG Pay mobile payment system.

The LG Q9 comes with the 16 megapixel main camera and an 8 megapixel camera.

The smartphone has also gained the “MIL-STD 810G” certification, meeting the security requirements adopted by the US Department of Defense. It is also waterproof and dustproof.

With a thickness of only 7.9mm, the Q9 is the slimmest phone in LG’s Q series. The back of the device is covered with molten glass that resists fingerprints and stains.

The device will hit stores in South Korea on Friday at $444. It is still unknown when it will be released on the international market.

> Read Next: The displayed designs show the upcoming smartphone,Huawei P30