Meet the Galaxy S20 Tactical Edition made for the US Army 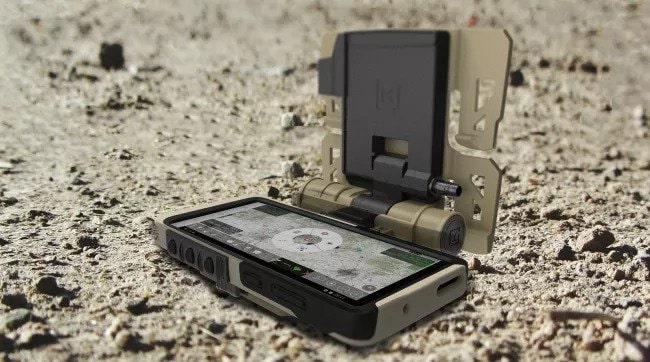 S20 Tactical Edition is a reinforced version to serve the military

The advancement of technology goes hand in hand with the reinforcement of the materials it comes with, after all if we pay €1000 for a smartphone it should at least be resistant.

Samsung is not satisfied with the strong composition of the Galaxy S20, so it has brought the S20 Tactical Edition, a reinforced version to serve the military. The device was commissioned by the United States Department of Defense, it can serve in long distances and difficult terrain but also has high-security encryption.

There aren’t many details about the smartphone’s interior changes yet, but it’s seen to be wrapped in a very thick case, and painted with the contours of the American military uniform.

The Galaxy S20 TE can be connected to army tactical radios and mission systems via Private SIM, 5G, Wi-Fi 6, and 3.5Ghz (reserved for Marina satellite communications – land.) Also, this Galaxy has a special setting on the screen, which makes it visible for night glasses as well it has a “stealth mode” as airplane mode but more extreme, which deactivates LTE, and any RF signal.

Unfortunately, Samsung does not list a price for the product, which suggests that we will probably never see it on the market for the consumer.

> Check Next: Facebook creates a version of Messenger Rooms for business companies