neoAdviser
Home Tech App Mozilla launched the paid version of Firefox, how much will it cost? 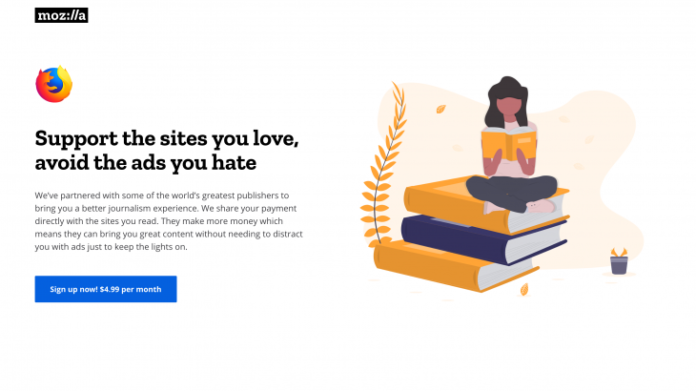 Nobody likes advertising and Firefox will use it as an excuse. On Friday, Mozilla announced the arrival of a premium version of Firefox without ads, but it would cost $5 a month.

On the Mozilla website, the premium version will go to support “sites you love and avoid advertising that you hate.” Mozilla says she has collaborated with some of the world’s largest publishers so that the $5 you spend is shared directly with news sites.

Especially they make money, Mozilla makes money and ads on these websites are eliminated on mobile and desktop platforms.

Non-ads experience appears to be the result of a partnership between Mozilla and Scroll, a service that offers non-ads websites like BuzzFeed and USA Today. In addition to browsing without ads, Mozilla also promises some additional options. For beginners, Firefox’s premium version gives you access to the audio versions of the items and can synchronize the bookmark on some devices.

All this is part of a wider effort to explore new financing ways without being dependent on advertising. In February Mozilla detailed the project in a blog post. It remains to be seen how users will react to a no-ads premium browser, especially after Google’s new attempt to block advertisements.

> Read Next: New conceptual designs of Google Pixel 4 XL show how the phone may look like