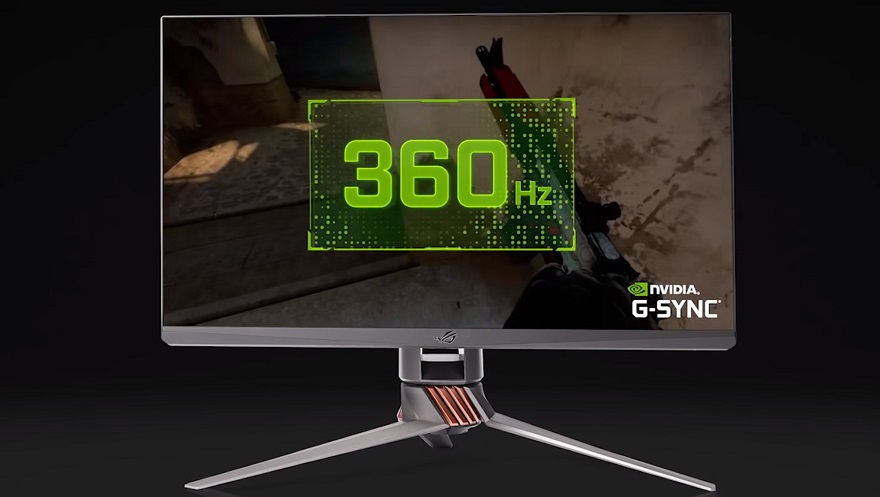 The first 360Hz monitor was unveiled during CES

Nvidia unveiled yesterday the world’s fastest gaming and esports monitor, the ASUS ROG Swift 360Hz. This monitor is 24.5 inches in size and supports a resolution of 1080p to 360Hz, exceeding the current standard of 240Hz.

The monitor uses Nvidia’s G-Sync technology to deliver the best PC experience, which means players must have the best Nvidia GPUs to use it to its full potential. It’s not clear how this monitor works with AMD GPUs, so they’ll have to wait a bit longer for more information. Meanwhile, GeForce RTX users can immediately use the advanced features of this monitor.

Along with the monitor and trailer above, Nvidia also released statistics from their research last year. The company found that flick shots in Overwatch improved by 37% from a 360Hz monitor to 60Hz, beating 240Hz by 4%.

Some of the games that support this monitor are Rainbow Six: Siege, Fortnite, Overwatch and CS: GO. To show players the possibilities offered by a 360Hz monitor, Nvidia created a test in CS: GO where players have to eliminate as many opponents in 45 seconds, constantly rotating to find opponents. The company plans to bring a demo this week to CES, where the ROG Swift 360Hz will debut.

Nvidia has not yet released details on the launch date and pricing of the monitor, but it is rumored that it will come in 2020. ASUS monitor will certainly not be for the faint-hearted, seeing similar monitors 24 inch 240Hz go for around $400- $500, but for competitive players this is definitely a worthwhile investment.