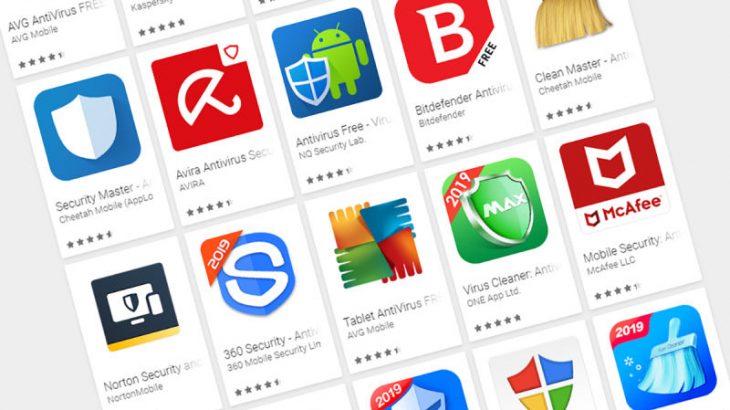 Everyone knows that an antivirus is necessary for the computer. There are endless malware and viruses ready to steal even the smallest information from your computer.

But have you ever wondered if our smartphones or tablets also need antivirus? what about iPad? BlackBerry or Windows Phone?

> Check Out: What to do when you lose your Android phone? Follow the tips below!

The simple answer is: Yes. You need some kind of security app for your smartphone and tablet. All these devices have security issues. But how possible it is to face malware on these platforms depends on the type of device you use.

Malware on Android and Antiviruses

Android app stores, including Google Play, have always had issues with security and malware penetration. Even with the introduction of Google Play Protect and the rise of Google Play security measures, Android malware has managed to penetrate despite the situation improving.

One of the biggest threats is Ransomware. Attacks of this kind are declining on consumers but are increasing on businesses. As a result, the main problems for Android devices remain theft of credentials and information and bad ads.

Protecting your Android smartphone or tablet from malware and ransomware, an antivirus can save you a lot of trouble. In fact, this platform is the biggest mobile malware target. Some reports indicate that 95% of the attacks go to the Android operating system.

Luckily there are some quality security and anti-malware apps on Android. But what matters is how effective an Android antivirus is.

You can also install firewall applications for your Android device such as DroidWall. However, most of these applications require administrator privileges exposing them to other risks. Adding a firewall gives you a level of protection given how cybercriminals attack android devices, a firewall is not necessarily needed.

Malware on iPhone and Antiviruses

You’ve likely heard people say you don’t need an antivirus or security app on macOS or iOS, but they are totally wrong. You need malware protection on macOS and even iOS.

The malware situation on the iPhone is different from Android. In fact very different. Apple imposes tougher measures and controls on the App Store and the iOS app development process. In fact, the “Apple wall” reduces the chances of downloading malware to the App Store significantly.

Apple has created iOS from scratch with security in mind. Apps that fully scan the system are not allowed in the App Store. Antivirus applications on the App Store have limited functionality and focus primarily on protecting against malware vulnerabilities, attachments and downloads.

Fortunately this makes them less effective. However if you make your iPhone jailbreak to download apps from stores other than the App Store, you can expose yourself to malware. In other stores, the chances of getting malware are as high as in Android.

The famous KeyRaider malware on the iPhone came from a third-party store and targeted the jailbreak iPhone. Also these phones do not have the latest security updates leaving them vulnerable.

> Check Out: The Phone Turns Off Suddenly? Here’s What Reasons Can Be

Malware on BlackBerry and Antiviruses

BlackBerry devices can be divided into two camps: those using the BlackBerry (BB) operating system and the latest ones running Android. The latter have the same risks as we described in the Android space.

Those who still have a BlackBerry system installed are also vulnerable to malware. The BB10 is the latest BlackBerry operating system. Currently, at the moment we are writing, it has not received an update in five months. Furthermore support for BB10 will end in 2019.

Chinese company TCL Communications manufactures new generation of BlackBerry phones. TCL is licensed to manufacture devices by this name but all new devices use Android operating system and not BB.

What does this mean in terms of security? Well the number of people using WB is decreasing over time. The number of targets and the cost of attacking the WB is greater. It is therefore less profitable to attack BlackBerry devices.

What’s more, BB10 malware is not as much of an issue as Android and doesn’t get as much attention in testing.

Malware on Windows 10 Mobile and Antiviruses

At the end of the support users should switch to an alternative mobile operating system. Windows 10 Mobile will become vulnerable to attacks as the problems to be detected will not be addressed.

You need an antivirus application on mobile devices!

As you can see, whether you need an antivirus application, it depends on your mobile operating system.

If you have an older Android device you should use an antivirus application as this category of Android devices are more exposed. With iOS you have a much safer operating system than Android but installing a security tool for scanning e-mail or download files can help you stay safe online.

As far as BlackBerry and Windows 10 Mobile are concerned, both operating systems are in the end-of-life, and the best option left to you is to switch to an operating system device that receives constant updates.

> Check Out: Android Is Better Than IOS – ? Reasons

That’s all! Hope you made is clear about the need of an antivirus on your mobile device. Please let us know your thoughts in the comment section below. follow us on twitter and facebook for more news and updates.