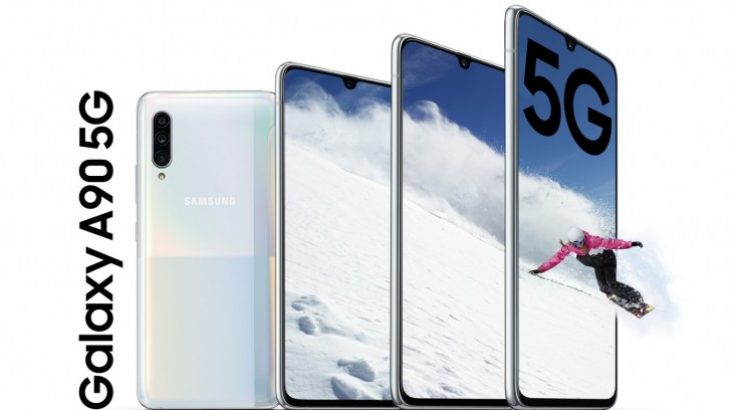 Most of the 5G phones we have seen recently have been flagships of big names like Galaxy Note 10 Plus 5G, Galaxy S10+ 5G or OnePlus 7 Pro 5G.

But Samsung‘s latest 5G phone is a mid-range phone and belongs to the Galaxy A line.

In recent months the company has introduced other mid-range Galaxy A models that come with high-end options such as four-camera systems in an effort to combat the aggressive competition of Chinese manufacturers.

Such is the case with the Galaxy A90 5G which also has support for the Samsung DeX. Galaxy A90 5G has a Snapdragon 855 processor, 6 or 8GB of RAM and 128GB of internal storage. 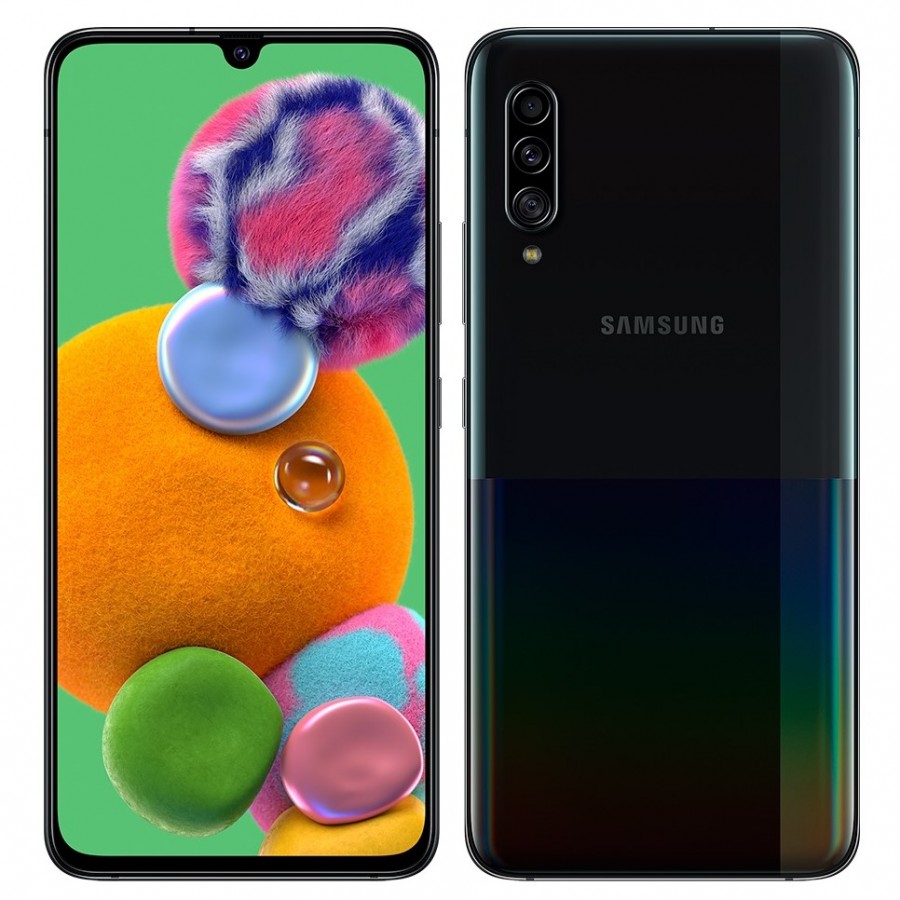 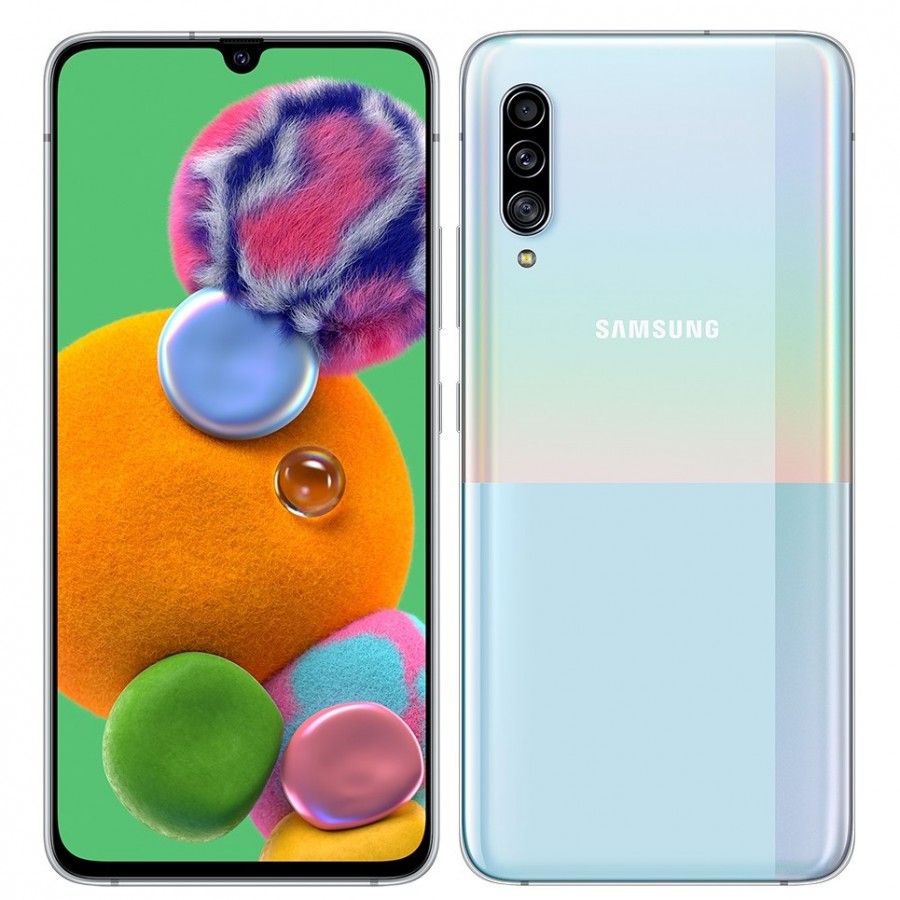 The 6.7-inch display is a 1080p OLED panel with a small “Infinity-U” notch and a built-in fingerprint scanner. At the rear is a triple camera system with a 48-megapixel main sensor, an 8-megapixel super wide camera and a 5-megapixel depth sensor along with a 32-megapixel selfie camera.

The battery is 4,500 mAh and is powered by 25W technology. 5G of course makes a difference to phones of the same category as the Xiaomi Mi 9T Pro. The phone is on sale today in South Korea while the company has not provided details about the price.

> Read Next: Huawei unveils the debut date of Mate 30 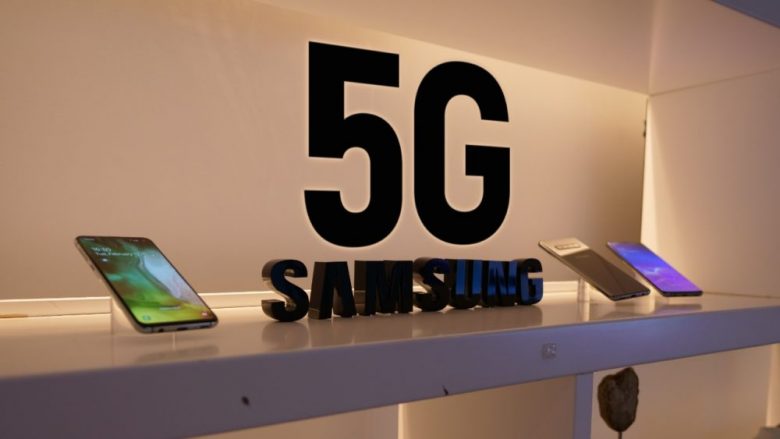 We’ve heard about the Samsung Galaxy A90 since the beginning of March.

Reports and informants suggest a high quality smartphone, and recent reports suggested it would include the Snapdragon 855 processor, along with the 5G capabilities via the X50 modem.

The triple camera is also rumored to be on board for all your image needs. A recent Geekbench result confirms the presence of SoC SD855, aided by 6GB of RAM. The device brings a massive 4.500mAh battery, GalaxyClub declares. 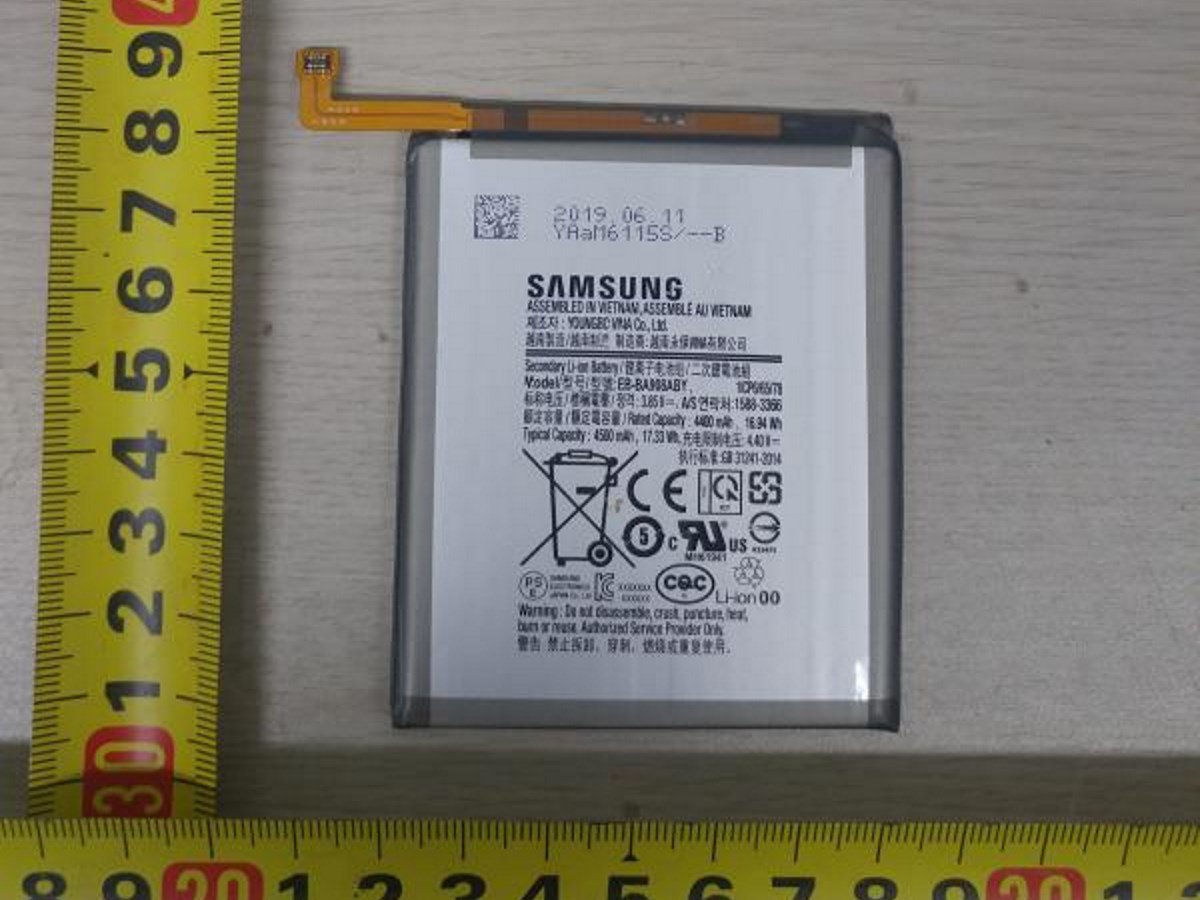 The estimated model is identified as the SM-A908N, and from the previous reports it states that the SM-A908 series will be capable of 5G.

What’s important is that the Galaxy A90 5G, with a Snapdragon 855 processor, 6GB of RAM, threefold camera (48MP + 8MP + 5MP) and 4,500mAh can easily be presented under the category of premium phones.

The only thing left is to see how expensive this 5G phone is. 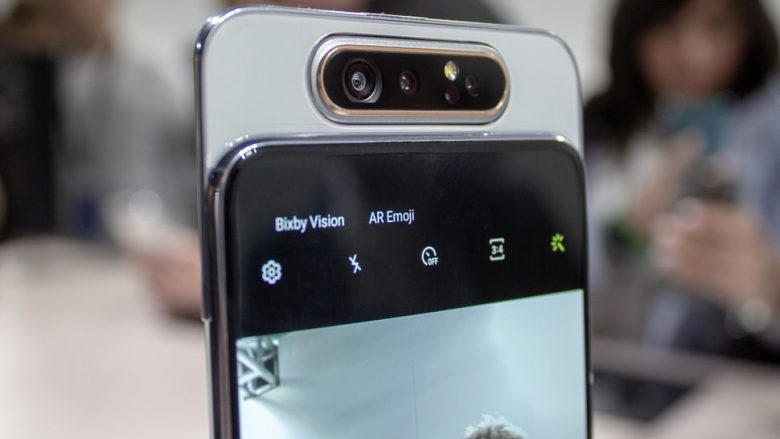 Reports have meant that the Galaxy Note 10 will not be the most ‘creative’ Samsung this year, but in its place, a device from Series A, likely the Galaxy A90.

Initially it was rumored for the Galaxy A90 and its rotating camera in early March.

According to @OnLeaks, there will be two variants of the phone: SM-A905, and SM-A908. The difference between the two is said to be the fact that while one will support 5G (SM-A908), the other will have improved camera features (SM-A905).

Both will be equipped with a 6.7-inch screen, the report claims, and will be powered by the Qualcomm Snapdragon 855 processor.

While the SM-A908 will have a triple camera installation of 48MP + 8MP + 5MP and will feature 5G support.

The SM-A905 will not have 5G, but its camera system will bring 48MP + 12MP + 5MP and will feature what the report calls it the “exclusive Tilt OIS technology.”

> Read Next: New Details of the new Samsung tablet with Snapdragon 710 SoC are Unveiled