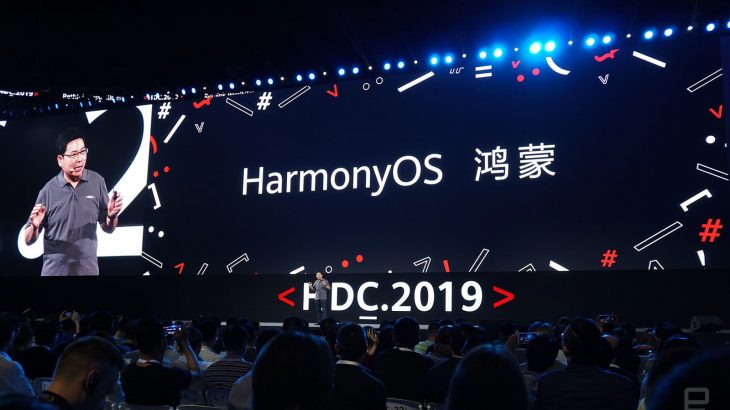 Today at the Huawei Developers Conference, CEO of the company’s Consumer Business Group Richard Yu, surprised the audience by unveiling “Harmony OS“, which he says is faster and more secure than Android.

The software is aimed at IoT products instead of smartphones. Harmony OS is an operating system for all platforms, compatible for desktops and smartphones.

According to Yu, once Huawei can no longer access Google’s Android, it can run “Harmony OS” immediately. Until then, Huawei will continue with Android.

The platform is open source, and is in fact more of a competitor to future Google Fuchsia, given that both are microcornel-based and can be used on multiple devices at the same time.

In contrast, according to Yu’s presentation, Andoid is not as efficient due to its redundant codes, outdated planning mechanism and fragmentation issues.

But Harmony OS, thanks to the microcornel design, is more secure because it lacks root access, so it is protected from external service isolation.

In addition to a lighter system, Huawei says the Harmony OS will provide performance improvements. One of these is the “Deterministic Latency Engine”, which can allocate system resources using real-time analytics and forecasts. Android, on the other hand, has stuck with the less intelligent Linux mechanism.

> Read Next: Google Pixel 4 will have one of the world’s fastest smartphone screens