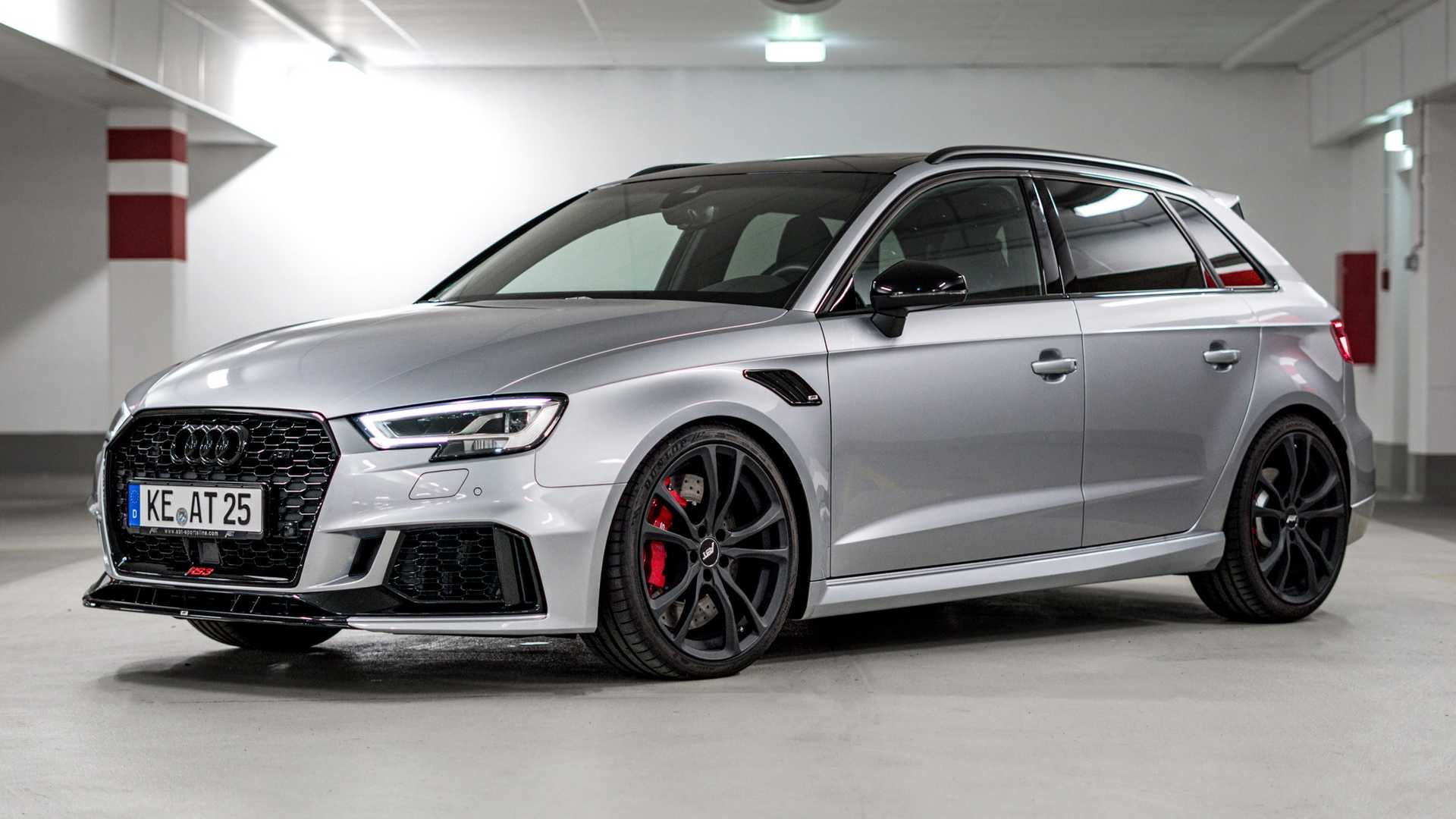 Mercedes-AMG recently introduced the new A45, while now Audi-ABT brings us RS3 Sportback modified in a way that will enthusiast speed fans.

Equipped with ABT Power S, the car you see in the picture is a 465 horsepower Sportback and 540 Nm of torque. In other words, the TFSI unit has been modified to deliver 70 horsepower and 60 Nm of torque more than the original model.

The German modifier does not specify for how few seconds the car reaches the speed of 100 km/h, but it is possible that the car performs this task in less than 4 seconds, considering that the RS3 Sportback takes 4.1 seconds.

As far as maximum speeds are concerned, an RS3 is limited by 250 km/h but Audi is happy to break the limits and enable the car to reach 280 km/h. But there is more than that. Sportback has not only gained muscle, but also new 19-inch wheels painted with a matte black ink. As an option for the biggest tire admirer, they come in 20-inch to give the car more presence.

The ABT modifier also brings other updates, such as car amortization, stronger brakes, and different touches in the car’s cabin.

> Read Next: This Audi RS7 may be the most fastest armored car ever