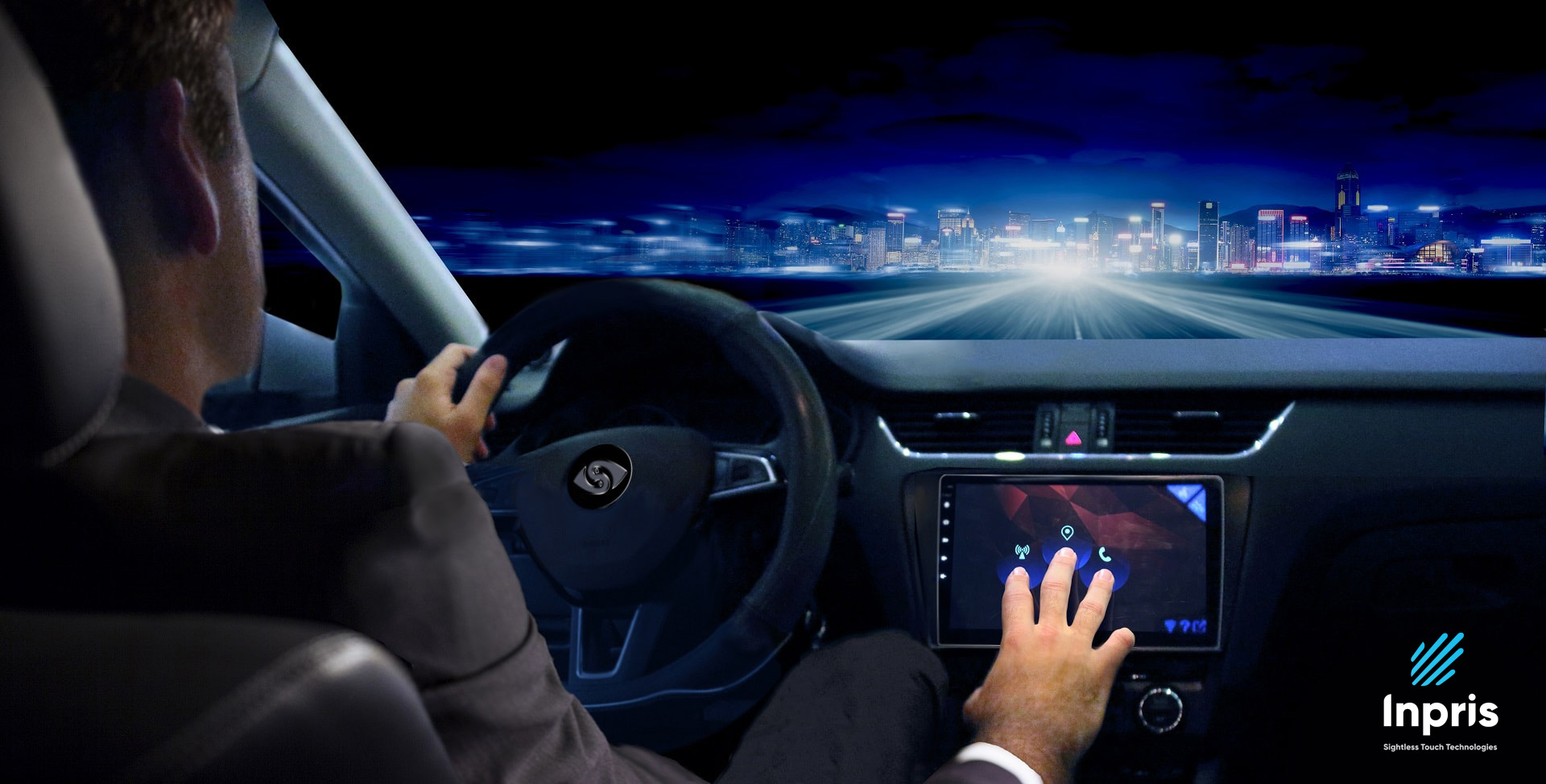 An innovative technology allows you to drive your car while simultaneously controlling music, calls, messages, and navigation without taking your eyes off the road.

Many cars have a touching screen, through which drivers control different functions. However, the screen may be a spell and cause accidents.

The Israelite startup Inpris has developed Sightless Touch technology, a system that allows drivers to touch special buttons on the screen without being distracted from driving. The driver positions three fingers at any point on the screen, the software automatically calibrates at the finger position. Each finger is predefined to control a function: one controls the phone,one the navigation, and one the music. For example, if you want to listen to music, the driver leaves the finger on the screen, which may be the index finger, and removes the other two fingers.

With the finger for the “music” function on the screen, the driver will move in the direction (up, down, right, or left) of one of the four options to select an action. Navigation and phone functions work the same way. The whole process that needs to be completed does not take more than three seconds, compared to an average of 30 seconds of fun to perform simple tasks using voice commands. With continuous use, the driver will develop muscle memory and will not be tempted to look away from the road or think too much about executing a command.

You can also choose to have a voice guide that remembers which options are and which direction to go for each one. So, in addition to the locking system, the driver can use the hybrid voice control system that will make one of the four predefined queries. For example, depending on the voice you can ask “Who should you call?”, “Where are you going ?, Which music will you play?”, “To whom will you send a message?”. Moreover, if the driver wants to use a touch screen in a more convenient location, instead of interacting with the central keyboard, he can use the smartphone.

Jerusalem-based startup patented technology, founded in 2011 by Nissan Yaron and his father Ben-Etzion Yaron, is now integrated into several cars, but in the coming years we can see it in all cars.