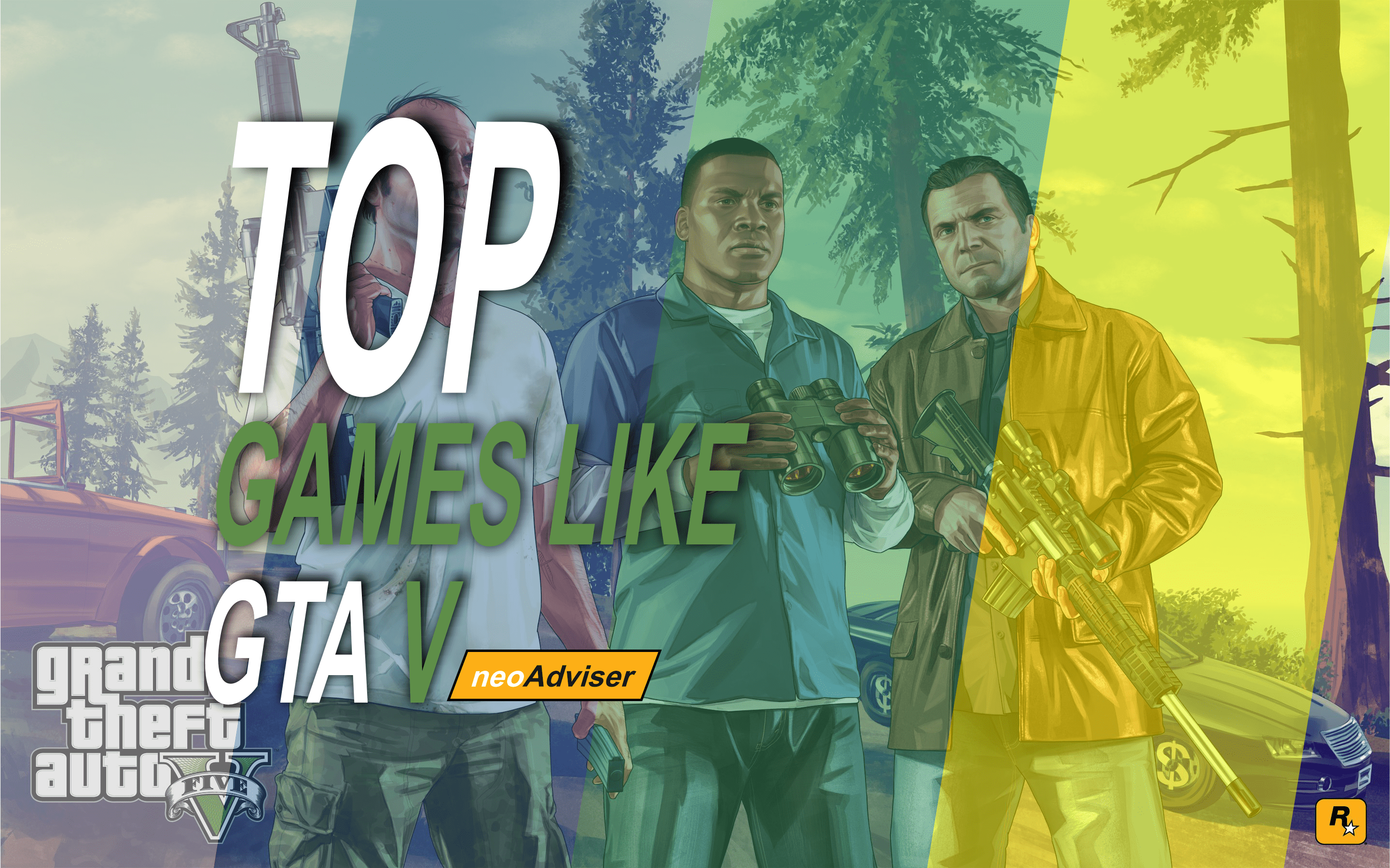 GTA 5 is Rockstar’s success game which has sold millions of copies worldwide and this due to a simple formula: open world, criminality, and freedom. Even though the release was back in 2013, the game is still played thanks to its heavy action and exciting adventures and still it manages to compete against today’s releases in terms of graphics and technical brilliance. If you have been having fun rampaging around Los Santos and Blaine County but things are starting to be boring, it’s understandable that you are looking for some similar games like GTA 5. Below we are going to share a list of top 5+ best GTA 5 like games to keep up with your entertainment while waiting for GTA 6 and what it has to offer.

The problem of graphics is always a matter of preference. One game may require super realistic graphics and in another, it may be the choice of the developers themselves to keep it in a somewhat more animation in the form of cartoons. In this article we will anyway list 5+ best games like GTA 5 with most of than even with better graphics. The below-listed games offer different strengths, styles, and approaches to the gameplay, but in common is the open-world style and the freedom to do freely the missions and activities you want.

With that in mind, here are the best games like GTA 5 for PC.

The Just Cause series has established a pretty good name for themselves in the gaming industry. However, developer Acalanche soon discovered what many open-world games could not do. Just Cause was never supposed to be a rival to GTA, as it is almost impossible to eclipse the game at this point. For this reason, instead of imitating GTA, Just Cause simply took the essential elements of the open-world genre and built it in a more creative way.

So instead of mimicking GTA, it excels in borrowing the key basics of the open-world genre and building upon then a for more creative way. To be clear, Just Cause 4 does not hold the storyline class or the mechanical polish of Rockstar’s signature franchise.

Sleeping Dogs is another real city game, specifically in Hong Kong, which has Wei Shen as it’s protagonist, an undercover detective who has to break up a whole criminal gang of Chinese band, called Triads, with all the danger it brings. The inspiration comes from the True Crime franchise, and this game does it in a superb way. Similar to GTA 5, when it comes to action this game is very violent and is basically a GTA 5 game with martial arts. If you grew up watching Bruce Lee films, you will love this game for sure.

On the game, you will compete in fight clubs, bet on cockfights, compete in races, and also have dates with women. Similar to GTA 5 for PC, Sleeping Dogs is a truly complete game that does justice.

Mafia 3 was a significant increase in the Mafia game series in terms of its scale, size, and ambition. The Mafia did not want to distract its players from history with the presence of an open-world within it, so just use it to help players immerse themselves in a city where characters who did not have Empire Bay exist only in certain parts. Mafia 3, however, was a more traditional open-world game with New Bordeaux that became available to roam freely. The game is most likely the closest thing to a Punisher game that fans can look for.

As the name tells, Mafia III looks a lot like GTA 5. It features the story of Lincoln Clay, an American Vietnam War veteran who and up living a story of revenge and violence. Unlike GTA 5, her is the presence of interrogations. The world that Mafia 3 creates is very authentic and players will find it hard to find cinematic footage and scenes done better in any other game.

When talking about similar games like GTA 5, we for sure need to mention Red Dead Redemption 2. It is one of the most favorite games of Rockstar, the same studio that brought us GTA. When it comes to technical performance, few games can come close to the graphics of Red Dead Redemption II.

Similar to GTA, Rockstar did another wonderful job with a western experience from the start to finish.

When speaking to open-world games, the Far Cry series is similar to the GTA series although the backdrop is different. This game is rated for its stunning picturesque locations and its inclusive soundtrack and it really worth playing it. Your main mission in this game is to eradicate a world cult that has invaded Hope County, Montana. Since the world of this game is so vast, you need to talk to any group of people you face as this will help you progress in the game.

Yakuza fans could not contain their emotions when Sega announced that the upcoming game would be a prequel to the original. At this point, the game had become quite popular all over the world. The Yakuza series stands above any other game in its genre in terms of gameplay. The game holds what is probably the best combat system seen in modern gaming.

The map may not be as wide as GTA, but what makes it up is the extra content. According to fan’s opinions, this is one of the most polished games. When speaking to the main story, it will surely connect you. Each event triggers an even more interesting event, leaving you wanting more. Characters can be improved by spending points on skill and dexterity. Fighting is the order of the day, so practice better!

The original Watch Dogs was such a heartbreaking affair that the Aiden Pearce revenge tale becomes almost unbearable by its end, but Ubisoft took that criticism to heart for the sequel. As such, the studio’s pursuit far avoids the sentiment and tone of contemporary Grand Theft Auto titles, using its setting as a stage for stinging satire. Remember the “Life Invader” mission from Grand Theft Auto 5? Watch Dogs 2 is basically it, but bloated to the point of a whole game.

Rockstar parody of Silicon Valley still a little more punch than Ubisoft, but Watch Dogs 2 despite making a lot of laughs for anyone who has to sit down at an Apple conference or a Facebook ad. And hey, you have to use pool balls attached to the bungee cable as a weapon – that’s very sweet.