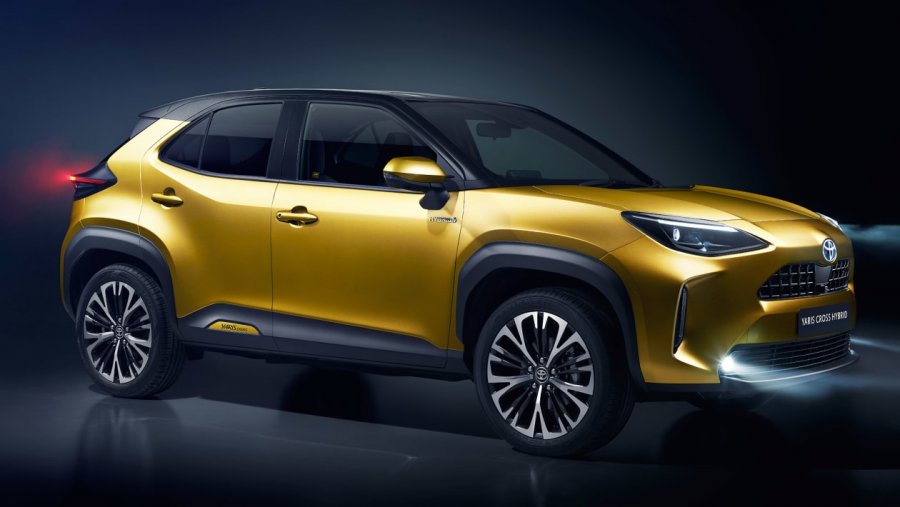 With a similar design as the Yaris hatchback, even the engines that will be offered with the Yaris Cross will be the same

Toyota has unveiled a new small SUV that rivals the Nissan Juke, Renault Capture, Peugeot 2008 and Skoda Kamic. The SUV will be manufactured at Toyota’s plant in Valencia, France, and in high quality, about 150,000 copies a year, according to Toyota’s plans.

Unveiled in a live presentation video, the Yaris Cross comes with a design inspired by Toyota’s new SUVs, mostly the RAV4. With a similar design to the Yaris hatchback even the engines that will be offered with the Yaris Crossin will be the same.

Don’t judge it by its name. If the name Yaris indicates a city car, the Yaris Cross is not simply a Yaris a few inches taller, but is a completely separate model in the best sense of the word. It is based on the TNGA platform – Toyota New Global Architecture and will be produced in France, thus becoming a European passport.

The design of the Toyota Yaris Cross is probably the most accomplished element so much that we can say that this model could better be called Rav4 Junior or something similar because it actually looks more like a Rav4. The front view is important and modern, the profile carefully processed and with quality details where the muscular fenders covered with protective plastic stand out and details that enrich it like the chrome logo “Hybrid” below the mirror and the name Yaris Cross realized in the body paint over the plastic protection of the wire under the back door.

The cut profile in the back area creates a dynamic shape giving it character while the back of Yaris Cross is shaped and embossed in the area of ​​lights that join a Led bar on which the Toyota logo is placed. Details like ceilings with different colors from the body enrich it even more by offering personalization options and making it even more trendy. In other words the personality of this car will be one of the strengths.

Toyota Yaris Cross is 418 cm long, 177 cm wide and 156 cm high. This means that the space on board for its category is good considering another 256 cm of space between the axes.

The kruskot is organized on two levels with the center in the upper area the screen with touch of infotainment and below the mini screen of the air conditioner with physical commands (with buttons). The realization seems qualitative and this is shown by the fact that the air conditioner has two areas.

Japanese designers have also worked carefully in terms of security. This is evident from the inclusion of some elements such as “head-up display” , usually devices that are offered in more expensive models, emergency braking, etc. but we noticed a novelty or more precisely an innovation. 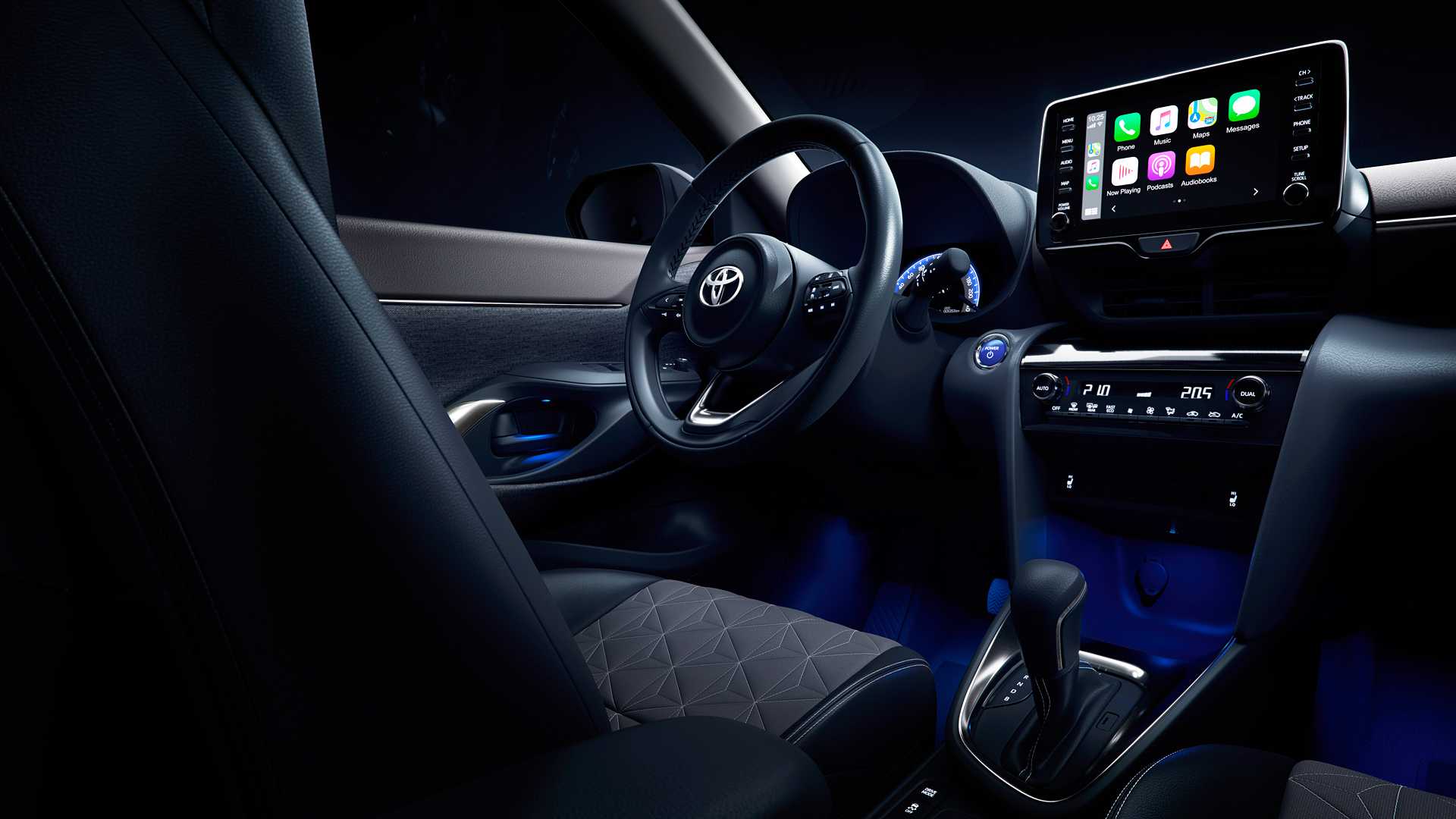 Toyota has produced an airbag that is positioned between the first two seats, ensuring that the driver and first passenger do not collide with each other in the event of an accident. Active Cruise control with Stop & Go, Lane Assistant, emergency maneuver assistant, Led headlights, etc. are elements that further enrich the technological package.

The Toyota Yaris Cross will also offer 4×4 (optional) traction which many of its rivals do not offer. Motorizations will be for all tastes, with diesel, petrol and hybrids. Its hybrid system uses a 1.5-liter three-cylinder petrol engine which, in addition to producing horsepower, also charges batteries for the electric motor. In the Yaris, the electric motor has new lithium batteries, which are lighter than those of the previous model from nickel.

So far Yaris Cross has all the papers in order, but we will have to wait a bit as the delivery to the concessionaires is scheduled for the middle of next year. 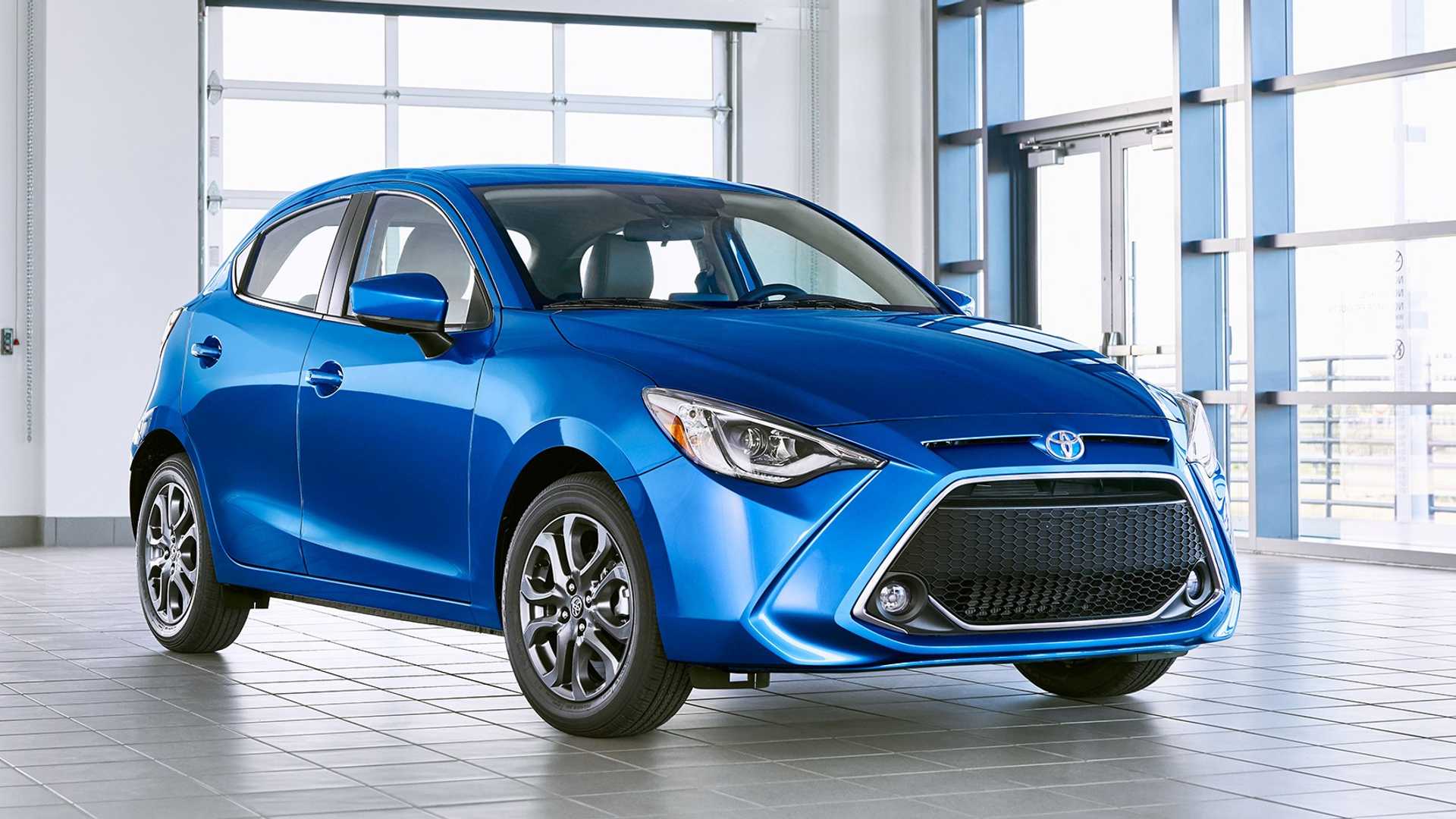 Before the current model was released, Toyota officially introduced the much-updated Yaris successor to meet the needs of this time.

Based on the Mazda2 platform, this model differs from the cars of this level with more styling, sporty looks and improved interior. While there are some awards, it is not expected that the new Yaris will be cheaper than expected earlier.

Those interested in the basic Toyora Yaris must pay 16,800 euros, while the full package costs 17,700 euros. This car has a 1.5-liter engine and produces 106 horsepower, which sends it to both front wheels via six-speed automatic.