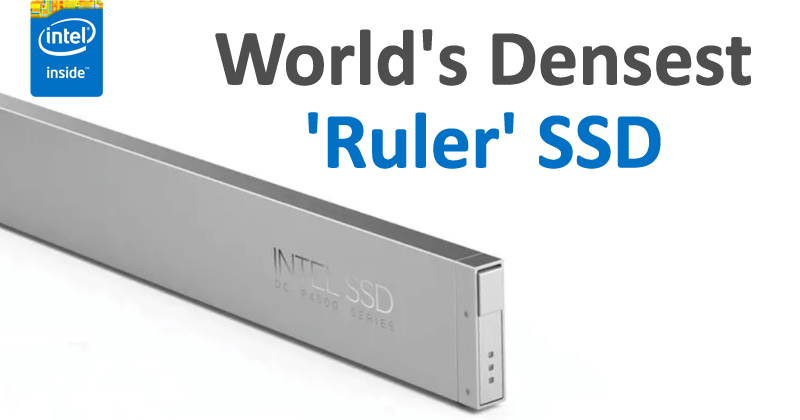 Hard drives have been offering us decades of quiet and efficient service. But soon they will be replaced by the SSD disks and their variants. Hence, the American multinational corporation and technology company Intel’s Ruler SSD is the world’s densest.

Hard drives have been offering us decades of quiet and efficient service. But soon they will be replaced by the SSD disks and their variants. If they have not already done so, it is because they still carry a couple of handicaps: their storage capacity, and their price.

Intel has been struggling to overcome the first limitation by creating a new rule-shaped SSD disk format which can store 32TB data.

The SSD’s capacity has been breaking records , rising dramatically. They are also taking on new formats: Intel has announced the P4500, a 32-terabyte rule for data center servers.

According to Intel , this is the densest SSD in the world. That is, it stores more data in relation to its volume. They are 30 cm long (like a good ruler), 4 cm wide and 0,75 cm thick.

In the opening image of the news, you can see the new format rule for Intel SSDs. Do not expect to find it in stores, because at the moment it will only be available for data centers of Internet providers. If a 1 TB SSD drive costs $358, imagine what can be worth a 32TB SSD with a much more advanced technology.

The SSD drives are much faster, heat up less and are quieter than conventional hard drives, but have less capacity and are expensive. You can see how they work in this video:-

The data centers that use hundreds, even thousands of servers to store Web pages and other content from Internet providers, continue to rely on conventional hard drives precisely because they have more capacity and are much cheaper.

However, with this SSD you can gather up to 32 32TB rulers in a single server rack. That equals one petabyte (1PB) of data. They can replace traditional 2.5-inch square SSDs.

The company uses 3D NAND technology in 64 layers of memory cells here. IBM, Microsoft, and Tencent have already adopted the rule in their cloud operations and data center. This format was defined one year ago, based on the EDSFF (Enterprise & Datacenter Storage Form Factor) standard.

While the South Korean giant Samsung also created a standard for SSDs, called NGSFF (Next Generation Small Form Factor), in order to replace the M.2. It can fit up to 576TB in a server rack. 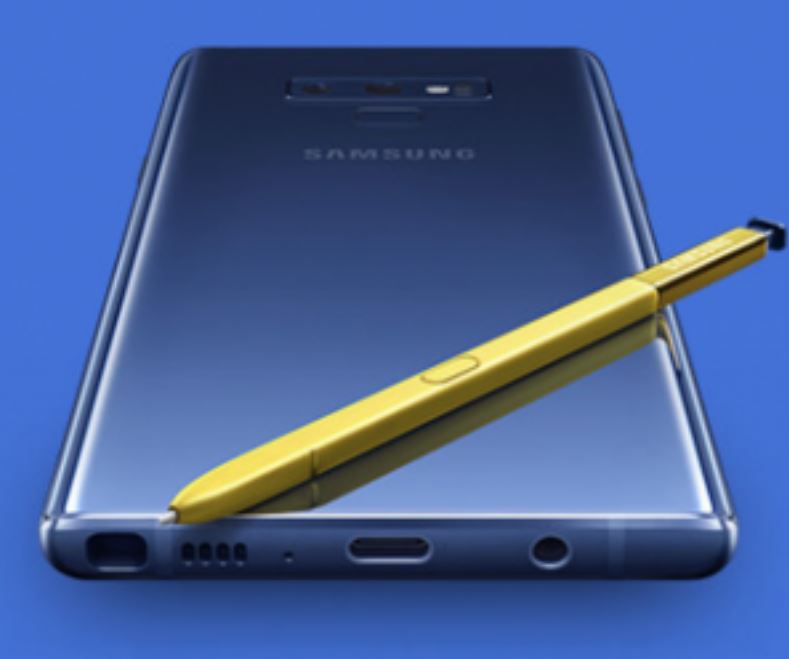 Samsung has released an official image of Samsung Galaxy Note 9. This picture is believed to have been mistakenly published on the Samsung website and immediately removed.

Although the phone has not yet been in store, Samsung has launched a site where you can book your turn to order a Note 8.

The phone looks just from the back, but this does not hide us to discern many details. The note is equipped with the S-Pen pen, USB-C storage, and the headset. Above, there is a dual camera, blic and fingerprint recognition sensor.

The photo confirms that the design of Note 9 will be similar to that of Note 8, with only a noticeable margin: The fingerprint sensor is now positioned centrally, below the cameras. 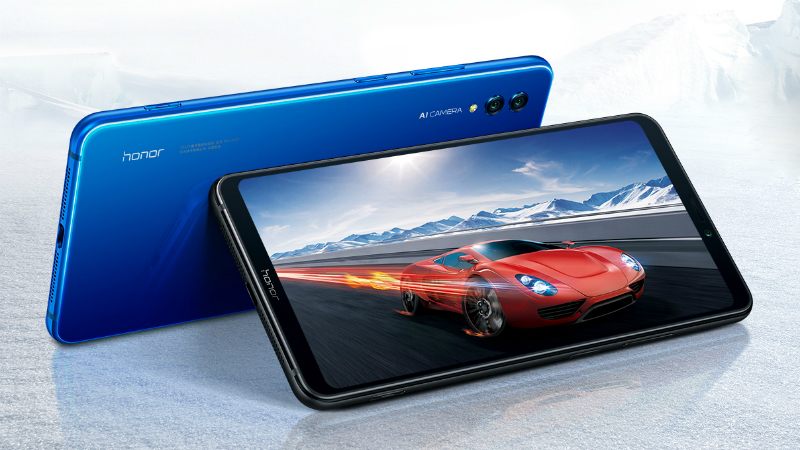 Note 10 was finally officially presented, and many of the “leeks” features emerged to be true, but the new model came with fresh and unexpected details.

The Honor Note 10 is equipped with a Full HD + AMOLED 6.95-inch screen, with a resolution of 1080 x 2220 pixels, with a thin frame. The display supports the HDR10 standard and has an NTSC color coverage of 115 percent.

The device possesses the Kirin 970 chip, in versions with 6GB or 8GB of RAM. The internal storage space comes in 64GB and 128GB versions for a 6GB RAM or 128GB model for the 8GB RAM model. Storage can be expanded using microSD cards.

The phone has the main 24MP camera and the 16MP secondary, while the selfi has 13MP. There is also artificial intelligence software, Android 8.1 Oreo operating system, 5.000 mAh battery, with fast charging support.