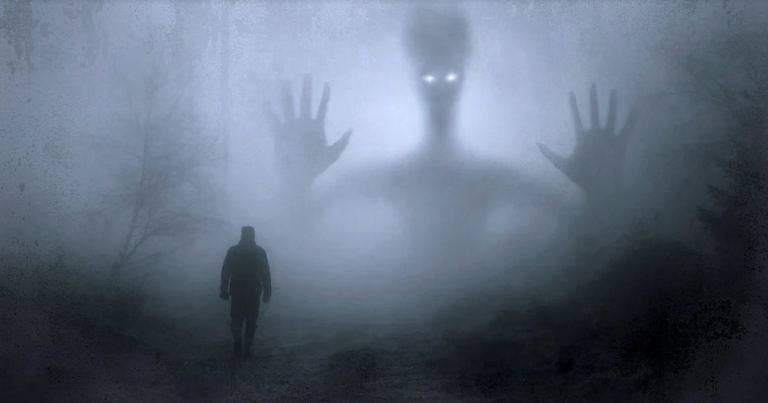 Most people find paranormal activities thrilling, and as per human nature, they seek explanations. The human mind is an enigma, and it tries to unlock incomprehensible patterns. When they do not find concrete answers to their questions, they associate all these exercises with paranormal activities.Although a specific group always argues that ghosts and spirits are in one’s imagination and do not exist in reality. But a vast majority believes in ghosts and claims to have seen at least one.

Ghost hunting has always been popular among teens. It is commonly known asa paranormal investigation. It is a process where people investigate and scrutinize the location, which hasa history of paranormal activities. Several reasons compel people to barge into haunted areas. Some do so because they want to earn the title of a courageous person. Several investigate because of their curiosity, as they want answers. Technology has progressed tremendously in recent years. In the modern world, investigators can use the latest scientific gears and gadgets to find ghosts and call spirits.

The following are some ghost-hunting gadgets that will help you in a paranormal investigation:

Most of the paranormal activities happen either during nights or in a dark andisolated place. As much as the investigators want to work during the daytime and wrap it before night, they have to spend a substantial amount of time in the pitch dark. They need to have portable headlights, which will help them exploring nooks and corners. Laser lights have an intense beam, and usually, it has a strong battery that lasts longer than others. It is preferable to take more than one; in case investigators lose one. Head laser lights are easy to carry, and investigators can use them while exploring the area simultaneously.

Most of the old ghost stories did not have the ground to stand on, and people dismissed them, commenting that these are made-up tales. Technological wonders have brought forward advanced cameras, which come with high range and capture pictures from long distances. These cameras can display images zooming in to make the minute items visible. A full-spectrum camera has the quality of detecting ultraviolet, near ultra-violet, visual, and infrared light. A lightweight camera, such as Portable SLS, offers panoramic captures. It is a must-have ghost hunting equipment, and your trip to a haunted site is incomplete without it.

People believe that ghosts emit electromagnetic radiation, disturbs the existing magnetic field. These waves cause uneasiness in the environment, and people experience aghost’s existence. EMF meter can measure the level and frequency of electromagnetic level, and advanced one can register fluctuations and abnormal change in radiation. EMF meter helps ghost investigators zoning out the area, and they can examine it thoroughly with other ghost hunting tools.

Some ghosts do not appear, but they let others know about their presence by producing different sounds. It becomes an impossible task for a paranormal investigator to capture a shred of evidence for these specters. A digital sound recorder is an ideal device to record audio of the eerie sounds that these ghosts make, helping the investigator explore further.

Motion detectors not only help paranormal investigators, but it can be of assistance to those who have an underlying feeling that some spirits subsist in their abodes with them. As soon as a creature enters the vicinity, the motion detector displays a warning. Some make a sound to alert the investigator. Few ghosts neither make sounds nor do they have a visual appearance. Sensitive people can feel their existence, but they do not have a justification for their feelings. Motion detectors help them by detecting paranormal spirits.

A ghost box has three or four components, and it helps in communicating with spirits. Ghosts do not speak our languages and have other modes of communication. Ghost boxes have radio frequencies, which create white noise. Ghosts can use this noise to either communicate verbally or send their messages through EVP sessions. Custom Spirit Box Portal contains three parts, and it has a strong speaker who has a high pitched sound, which can be a great tool to Communicate With Spirits.

An infrared thermometer can measure temperatures in unusual circumstances, whereas a regular thermometer can only measure in a familiar atmosphere. Paranormal investigators need to keep a check on the change of temperature when they sense a spirit. Haunted places are generally deserted and are in faraway lands. Regular thermometers may not work, and for ghost hunting, officials need to carry an infrared one so that they can easily detect a specter.

The flashing balls came into being as toys for children and pet animals. They have proven to be useful in ghost hunting. The balls flash when they sense a touch. Investigators use these balls, and they ask the ghost to let them know about their presence by touching them. Some use these balls as a communication tool and ask spirits to answer through moving the balls in specific ways.

Every activity demands relevant tools, and having them handy makes the task more manageable and less time-consuming. Ghost hunting requires various things and investigators need to have them close by at all times. Ghosts do not give any indication before appearing. Most of the time, they appear only for moments. Investigators should have access to all pieces of equipment so that they can capture theproof. Safe storage is a multi-functional box, and paranormal investigators can use it to store ghost-hunting gadgets.

Ghost hunting is not every person’s job, and it requires one to have nerves of steel. Still, when investigators visit these sites, they let themselves expose themselves to uncertain circumstances. Things may go haywire, and in such cases, they can use a mobile phone to connect with people of the outer world. Besides, a full spectrum mobile phone has features of the camera, video recording, and sound recording. A mobile phone is a must-have gadget for ghost hunting.

Ghost hunting seems thrilling, but it is not an easy task. People think it is like any other adventurous trip, but you cannot predict anything with ghosts. Paranormal investigators should not visit any site without taking precautionary measures. Hi-tech devices have helped detect ghosts as these devices are programmed in such ways that investigators get a further room for exploration. Paranormal investigators can utilize these gadgets to capture evidence and solve mysteries.