The Galaxy Note 20 leaks in a 360 degree render 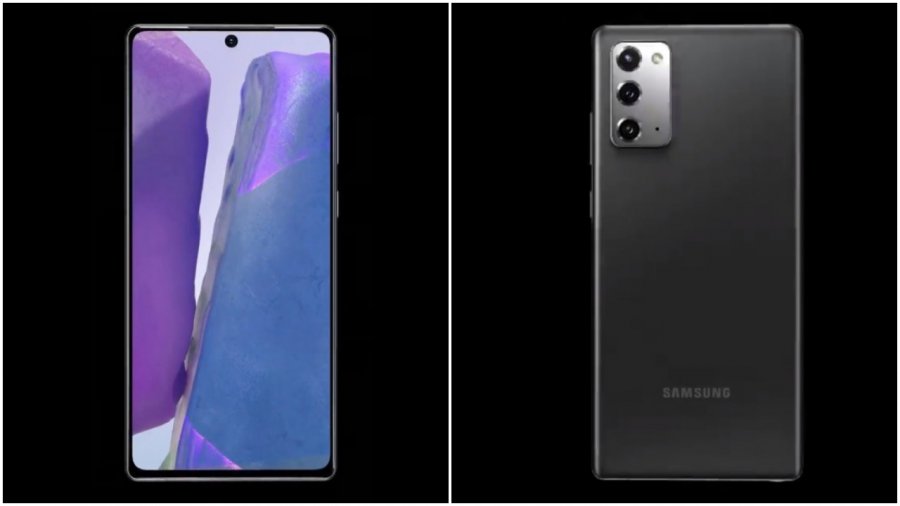 Samsung Galaxy Note 20, which is expected to arrive on August 5, has appeared in a new video posted by Evan Blass’s famous Twitter account, @evleaks, which reveals almost every aspect of this new smartphone.

I feel like, with a leak such as this, several hours of exclusivity for Patreon subs should suffice. Many of you have been quite patient. 😊 pic.twitter.com/MqxzlRpD5e

As you can see, the Galaxy Note 20 has a screen with a hole in the middle, and on the back three cameras lined up vertically along with the flash on the top-left side. The video also reveals that the “Power” button and the volume buttons are located on the right side, the S Pen on the left side, and the USB-C port on the bottom of the phone.

Beyond the render, we also have front and rear images which you can see below.

The front part shows a very similar design. It seems that for the Galaxy Note 20, Samsung will move towards a flatter display compared to the curved one that other models have had. From the back, it will be the triple camera setup, which reminds us a lot of Galaxy S20 cameras. Anyway, this time they look a bit thicker, so let’s hope Samsung has upgraded the optics in some way.

> Check next: Oukitel WP6 an unbreakable smartphone, battery that lasts for days and so cheap