Top 8 Online Video Editors That You Must Use in 2020 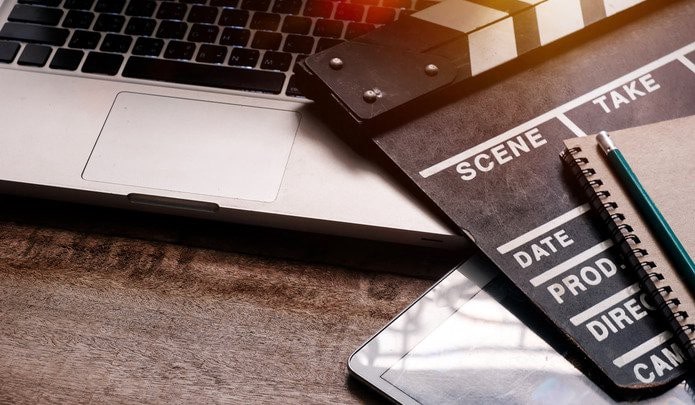 In contemporary times video has had its share of ups and down in trends. Recent trends indicate a resurgence of video watching. This tells us that the engaging content of videos in today’s day and age is indispensable and quite simply unavoidable. Thus, the various elements of video require some effort to make it eye-catching and engaging simultaneously. This is where the expertise of video editing software comes into the picture.

With the spate of recent technological advancements, video editing has become extremely easy-to-use and fun. If you, too, are wishing to embark on your video editing journey, then take a look at the following software that can help you make awesome professional-quality videos.

If there was a leading video editing software, then this is it. The well-integrated workflows allow you to edit videos without exiting timelines. The Adobe Sensei tech makes it extremely time-efficient and also provides several automated tools. It supports the latest video formats and editing in an ultra, high-end 8K, and virtual reality. The content on this software can be easily optimized for any screen and is also compatible with top Adobe CC products such as Adobe Stock, Audition, and After Effects.

Unlike VideoCreek, the technology of VR180 not only optimizes the effects of the video and the format but also makes it easily publishable on popular streaming sites such as Vimeo and YouTube.

This is another top of the line video editing software for Macs and is quite simply one of the best video editing software. With the reduction in its price tag to $99 from the erstwhile $999, it is one of the most popular software currently. It can support a three-pane view with a magnetic timeline for those who use dual monitors. Clips and videos can easily be imported and organized, including library access to videos, music, titles, voiceovers, effects, and more.

Apart from the touch bar editing, it also supports #D editing capabilities such as 3D templates and other plastic and concrete textures and lighting effects that can be added from any angle on the screen.

This is the easiest and the simplest of all video editors for Windows-based systems. This company has been known for its popular data recovery software, and the same ease of use and simplicity is what makes the video editing software a major hit too.

Apart from basic timeline editing features such as cut, trim, split, merge, etc. There are video effects and over 50 built-in transition effects. Besides this, there are additional features to change the speed of the video clips from slo-mo to accelerated speed. It supports multiple audio features, including narration over clips, and is compatible with most devices.

Adobe Premiere Elements 2020 is one of the best and most versatile video editing software tools for beginners and novices. There are hundreds of effects, transitions, and adjust settings such as haze removal, enhanced face detection, focus detection, etc. that make video editing too much fun. The software boasts some very modern and strong features such as live search functionality, guided editing interface, video collages and montages, and touch-based editing.

Despite the wide range of capabilities, the program has on significant lacuna, i.e., it is not compatible with 360-degree videos and does not support multi-cam editing.

If you are a Mac user, Apple iMovie is a classic editing tool and software that is free for use. The user-interface supports basic video editing in high resolution. Video creation on iMovie is a lot of fun due to the wide range of features. Its performance in macOS systems is highly rated and can process video clips at a very high speed.

Importation of video and audio clips from iCloud is super easy and fast too. The program also enables a user to create slideshows and view those projects on Apple TV because of the strong Apple compatibility. These features make it the most highly rated and the best free video editing software for Mac.

This software is a simplistic video editing for multi-devices such as tablets, smartphones, and computers. It is a free and simple tool that helps a user to add elements such as titles and music to the videos. The built-in audio options have several background choices from funky to energetic pre-composed music. Additionally, users can also import the music or adjust volume functions for voice overs.

The software also hosts some simplistic transition effects for the videos and also allows the sharing of the videos. The software contains a built-in facility to share videos on popular social networking facilities such as Facebook and Twitter.

Created by FX Home company, this software is a free version of the HitFilm Pro also by the same developer. Over 180 visual effects and other features such as special effects compositing and MP4 H.264 exporting support help make it stand apart.

This software allows you to select high-quality settings and also utilize pause and customized playback features. The high-speed playback of this software prevents any delay that is usually part of high-resolution formats. The most powerful feature of the software is its customizable layout panel that allows the user to organize and align objects in a scene. Users can also access 360-degree and colorist features, all of which can be incorporated on the panel and remove the useless ones.

An online video editor like VideoPad can be of great use, especially for those who require video editing software for platforms such as YouTube. The software is extremely easy-to-learn and is quite intuitive. The two paid versions are Home Edition and Master Edition. The Home Edition has some restrictions on the usage of audio tracks.

It allows only two audio tracks to be used and allows no external plugins. These restrictions are minimal in the Master Edition. The software has been updated recently to supplement 360-degree video capabilities.

Ultimately, the journey of a video editing professional is based on personalized experiences. Though the above list is neither complete nor exhaustive, the suggestions have been made keeping in view user interface for beginners, features, and functional performance speed. Pop over to this website to get your hands on some amazing features.