5 Travel Destination In America To Visit In 2022 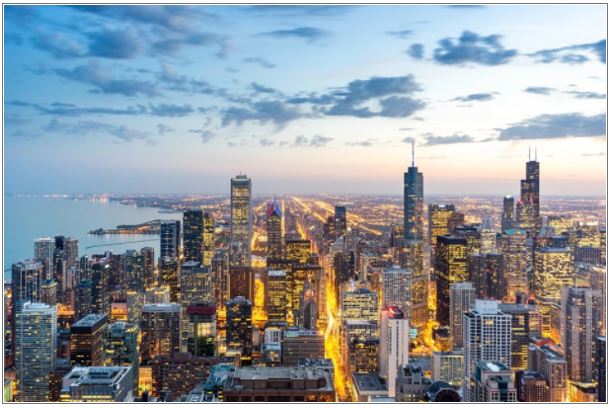 5 Travel Destination In America To Visit In 2022

“The world is a book, and if you don’t travel, you will be stuck at a page,” said someone great. And who doesn’t like traveling? Not us!

But life has been difficult for those of us who love to travel ever since the pandemic began in 2020. So, it’s been two years of sadness. And even though there has been a decrease in the number of covid cases, the new covid variant might make you think of keeping it a bit low.

The World Travel & Tourism Council expects that there will be a soaring demand for traveling in the year 2022. However, if you are in America, you might want to stick to exploring the country as lots of things are taking place this year. Here are 5 travel destinations to visit in America in 2022.

Known for music, food, and its famous casinos, the city of Las Vegas, has long been a major tourist attraction in America. For all temporary bag storage needs in Las Vegas, check luggage storage Las Vegas by Vertoe. However, it is a place for the wild-hearted. This glittering city holds a unique appeal to visitors with plenty of options, from amusement parks to world-class entertainment. Famous tourist attractions are the Neon Museum, the Las Vegas Strip, the star-studded live entertainment that the city offers with pop stars like Lady Gaga, Ariana Grande, Pitbull, and others performing, and Fremont Street, among many. Eat at world-class restaurants like Mizumi (for Japanese specialties) and Batista Restaurant Las Vegas (famous for its Italian cuisine), or gorge cinnamon rolls in las Vegas while looking at the showgirls walking gracefully in sequined bikinis and giant feathered headdresses.

Located in the western borders of the United States, California stretches from the Mexican border of the land along the Pacific for approximately 900 miles. So, if you were thinking about visiting the state, go for it! From the iconic Golden Gate in the city of San Francisco to the beautiful desert landscapes, California has so much to offer.  Yosemite National Park in northern California is famous for its scenic beauty. The mountains, rivers, valleys, and spectacular waterfalls draw tourists and artists worldwide. The Yosemite Valley is carved by glaciers that existed during the last ice age. The Yosemite Falls, El Capitan, and the half-dome are some of its magnificent features. Other popular tourist attractions include Fisherman’s Wharf, the Big Sur, Lake Tahoe in the Sierra Nevada mountains, Universal Studios Hollywood, Disneyland, and the infamous Alcatraz Island.

In case you are a foodie, head to Houston.  Bravo’s Top Chef Houston has announced its 19th season, and needless to say, it will take over the city. In addition, an all-new food festival called Commune will also begin in March. The Houston Museum of Natural Science, the Houston Zoo, Cockrell Butterfly Centre, Preston Street (for graffiti), the Vintage Stores, Houston Livestock Show, and Rodeo festival are some things that will leave you amazed.

A western state in America, Montana can be defined by its diverse topography that ranges from the Rockies to the Great Plains. In addition, it is the only state in the United States to share a land border with three Canadian provinces. Spend your time eating the famous bison burgers, white Montana cinnamon rolls, and elk burgers. The Glacier National Park is one of the most famous tourist attractions here. Here you can find the photogenic Hidden Lake. The diverse wildlife ranges from grizzly bears to mountain goats. America’s first national park, Yellowstone National Park (turns 150 years in 2022), is also partly in Montana. Popular tourist attractions include the Logan Pass and Going-to-the-Sun Road.

With all the comforts that the country offers, Waikiki is one of America’s most visited beach destinations. It is a suburb of Honolulu, located on the Hawaiian coast. It is known for the golden sand beaches backed by retail establishments and numerous hotels. It was a retreat for Hawaiian royalty who enjoyed surfing in the 1800s. In the early 20th century, the beach was made into a surfing hotspot by the famous surfer Duke Kahanamoku. After the second world war, the government restored the beach by importing sands from California. Waikiki has eight beaches and is famous for surfing. Other places to see are Duke Kahanamoku Lagoon and the Waikiki aquarium. So, if the sea is your calling, you might want to think about this place.

These were a few of America’s travel destinations in store this year for its avid travelers. So, keep discovering nature while touring around the country.

Don’t forget to carry your masks, sanitizers, and enough water.

So, what are you waiting for? Pack your bags and go!