You may have seen them often on TV or in magazines, you might even be their fan on social media calling them your favorite actor or model, but you never knew their sexual preference.

And in fact they don’t have certain sexual preferences, they like going to bed with the opposite sex but also with the same sex.

The list also includes well-known names like Megan Fox, who has confirmed that she is bisexual during an interview, or Angelina Jolie, who also said in an interview that she has no problem going with another woman . 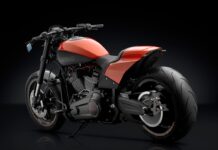 Top 6 Reasons Why you Should Consume a Banana Every Day

Endrit Baci - 28/01/2020
0
Why you should consume a banana every day? Bananas prove to be extremely beneficial and their daily consumption (without excessive amounts, experts recommend one to...

Without recipes and transparent jumper, Albanian singer shows off her tattoo...