Vivo‘s original NEX phones were quite innovative devices, being among the first to unveil a fingerprint sensor and a motorized selfie camera.

Now, the company has finally unveiled their successor, the NEX 3, which is recognizable for its “waterfall” screen that runs to the edges of the phone.

The screen is a 6.89-inch 1080p AMOLED panel and goes so far to the edges that there’s no room for physical stamps

Instead, Vivo is using something called TouchSense, which, paired with a haptic feedback system, will simulate pressing the power and volume buttons.

Another peculiarity of the phone is the set-up of triple cameras on the back, which includes a 64MP main camera, one of the first phones in the market to do so.

The other two handsets are 13 MP each, one with an ultra wide view and the other is a telephoto lens.

Additionally, the phone includes typical premium specs, including Qualcomm Snapdragon 855 Plus processor, 8 GB of RAM, a 4,500mAh battery with fast charge. The storage is 128GB for the 4G model and 256GB for the 5G variant.

Of course, the device also includes an under-fingerprint sensor.

It is not known at this time if and when they will come to international markets. 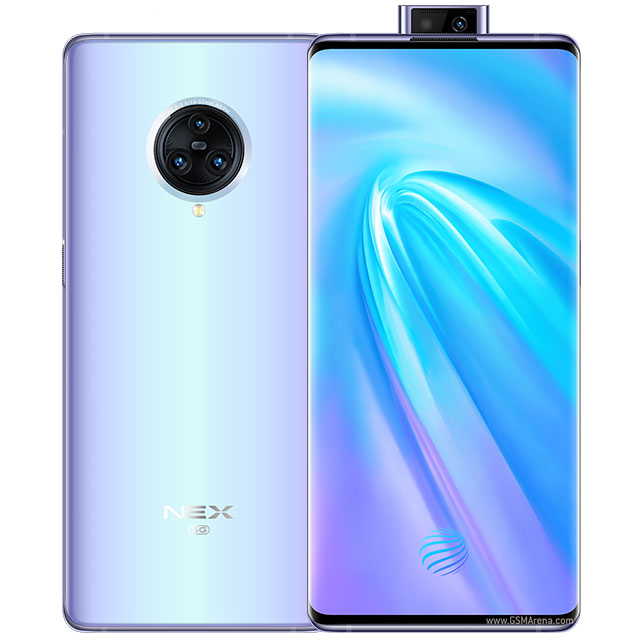 > Read Next: Huawei’s flagship is unveiled three days before its debut