Volkswagen Golf II GTI “brutal” that will become a reality 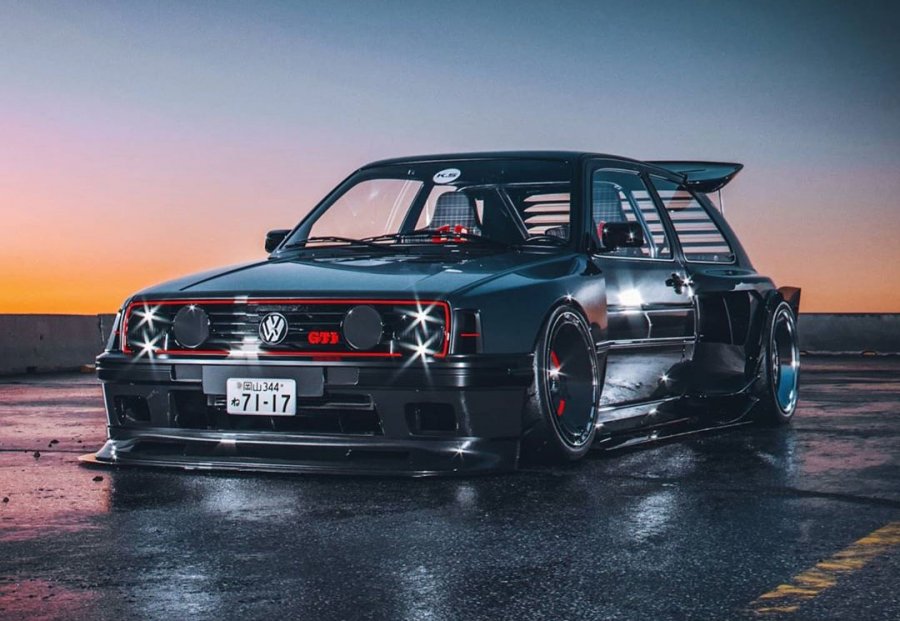 Unusual design, this car will have it even after it will go out of production

This Volkswagen Golf 2 GTI was originally just a sketch concept, authored by Khyzyla Saleem, and is now said to be a reality project.

The Volkswagen Golf II in our country represents more than one vehicle icon, while the GTI version has a special place in the hearts of many fans.

Designer Saleema, through social networks has confirmed that this concept will become a reality with the help of companies dealing with car modification, JP Performance and Prior Design.

I’m incredibly excited to announce that I’ve teamed up with @jp.performance & @priordesign to bring my @lto_livetooffend K.S GTI KIT TO THE REAL WORLD!! – – JP & I spoke not so long after I posted those first inital designs and expressed interest in bringing it to life. I honestly couldn’t think of anyone more suiting to do it given how crazy his previous builds are. – – Keep an eye out for updates as things progress, it’s gonna be rear-engined insanity!! – – #art #design #3d #notforlong #jp #jpperformance #lto #livetooffend #ks #kyza #khyzylsaleem #priordesign #blacklist #carlifestyle #speedhunters #donutmedia #topgear #golf #volkswagen #ii #mk2 #custom #stancenation

Undoubtedly, when this project is completed, it will surely be one of the most “brutal” GTIs.

As we can see from the photos, the biggest changes have been made to the structure and it comes with big wheels and new shock absorbers, which makes this Golf II GTI “closer to the ground”. As for the engine of this “brutal” Golf 2, the most detailed details have not been revealed yet.

The launch of this car is expected to be done in a few units, while having a costly price, because a lot has been invested, to have the best possible appearance.