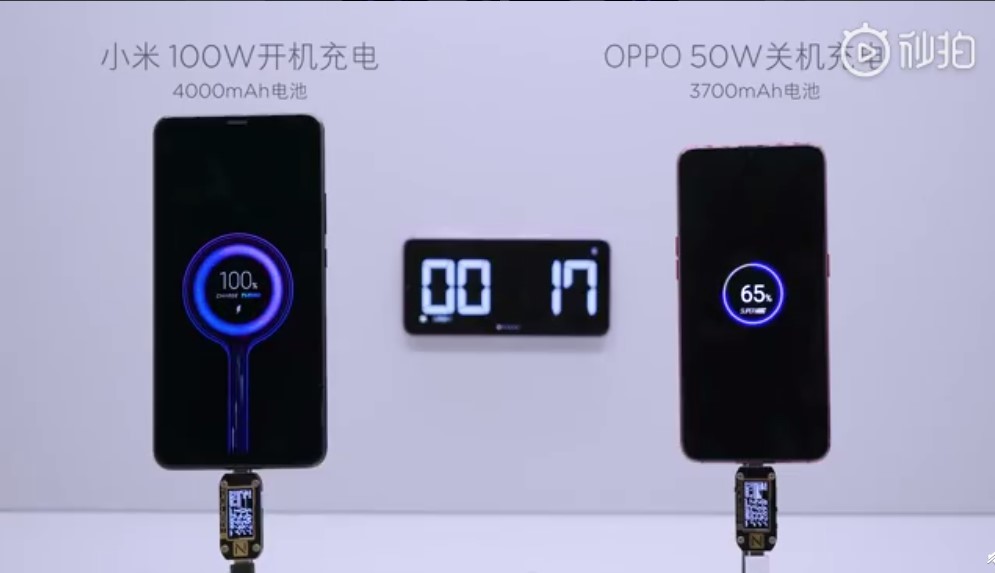 Battery size has become a strong selling point for phones these days, but as you can expect, larger batteries will take longer to charge.

That’s why companies have developed fast charging technology to fill the batteries.

Xiaomi has shown the new 100W refill technology that can charge a 4,000mAh battery in just 17 minutes.

Key devices such as Samsung Galaxy S9 can handle up to 15W so Xiaomi’s technology is significantly faster.

Others have shown faster solutions. The Oppo 50W manages to charge a 3.700mAh battery to 65 percent at the same time as it took Xiaomi’s technology to fully charge a 4,000 mAh battery in 17 minutes.

Uses a 100W adapter to charge the device with breathtaking speed.