Electricity is one of the primary energy sources we use in our homes and for various industrial processes. It’ll be vital to have regular electrical testing to locate any possible risks, circuits, or equipment with overloads or any defective works when using electricity. Depending on your needs, we’ve got numerous instruments or equipment you can use for testing your electricity. With the multiple options available, you might find it daunting to choose the appropriate one for your needs. This article discusses the essential things to consider when selecting the right electric tests and measurement instruments.

Choosing the right test and measurement tools will be essential to test your currency, detecting various faults or overloads on the different appliances. Nonetheless, with the numerous vendors and suppliers offering these appliances online, choosing the appropriate ones is usually daunting. The types, size, cost, functionality, and effectiveness are the key factors to consider when selecting the appropriate ones to suit your needs. 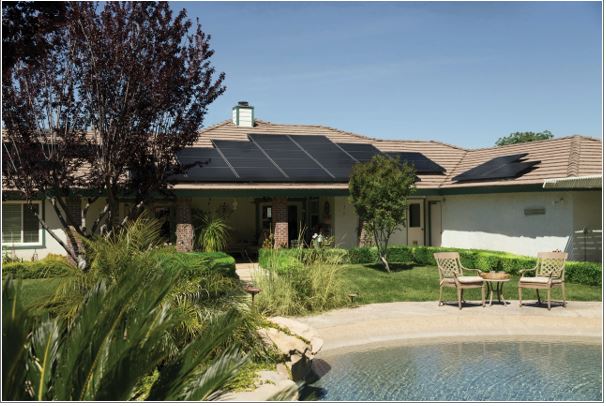 Over the past two hundred years, we’ve been draining the earth of its natural resources. This includes oil, gas, and coal, which we’ve used as means to power our homes and economies. It all started during the Industrial Revolution when the first steam engine was created. What started as a simple tool for transport, ended up destroying the ozone layer two hundred years later. We all know that climate change exists, and we can feel it. You can click on this link to read more.

There’s something wrong with the state of the world, and our technological advancements have a lot to do with it. Of course, there’s also the natural shift in the magnetic poles of the planet, but at least we’re aware that global warming exists, and it’s our responsibility to minimize our impact on the biosphere. The rising temperatures each year can make a lot of species extinct, and scientists are blaming man-made factories and emissions. All of the carbon in the atmosphere creates a greenhouse effect, where the sunlight that enters can’t leave.

Instead, it gets trapped in the atmosphere, and it starts melting off the ice caps. If it weren’t for the CO2, then the solar radiation would simply go back to space. In the past 200 years, the concentration of carbon dioxide has increased by 50 percent. However, there are projects that are aiming to change that statistic.

What is tech doing to stop climate change? 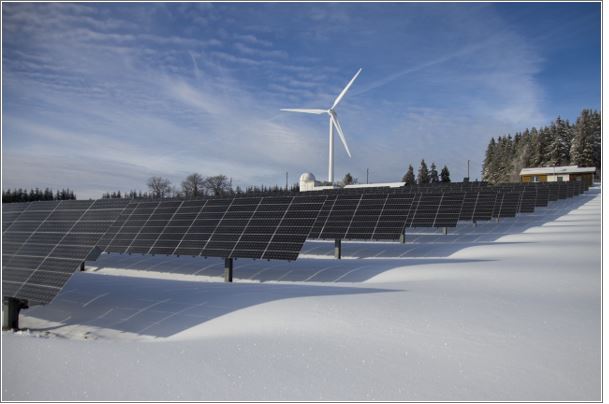 One of the most interesting new inventions is the NZT project. That stands for Net Zero Teesside, and it serves as an example to many governments around the globe. Their main goal is to capture as much carbon dioxide as possible from power plants and industrial real estate and then transport it through a pipeline to a place beneath the North Sea.

There, it can be safely kept in a storage site, where it can be transformed into a new energy source in the future. This will eliminate the emissions from going into the atmosphere, and they want to impact a lot of industries before 2030. Even though this is a small business trying to make a change, if a couple of global players enter the mix, the decarbonization process can be solved, even though it looks quite severe at this stage.

This might come as a surprise to a lot of people, but the pandemic is a positive scenario if you look at it from an environmental viewpoint. When countries decided to implement lockdowns, the entire trade sector came to a halt. Keeping the virus under control was difficult, and a lot of offices implemented a work-from-home approach.

This means that there wasn’t a lot of electricity spent to heat up offices, and even some major production stopped. The technology to work remotely was already present, and people didn’t get into their cars every morning to drive to work. In fact, driving to work and back is one of the major causes of air pollution in the world. Now, two years later, statisticians have looked at the problem, and they’ve realized that remote work could be the best option only for the summer. In the winter, every household would need more heating, which would be much more impactful in terms of energy, compared to a single office getting heated. In some cases, this might even justify the rides to work and back.

The biggest energy spenders are not massive factories. Instead, it’s our own homes. We need to find better ways to use less energy, which is quite difficult since there are more gadgets coming out each year. Your TV is plugged in, the laptop, a desktop PC, a phone, a wireless headset, and the phone. All of these devices use energy. However, there’s a positive thing here. The technology to make homes more efficient is already here. In Europe, most countries have started labeling their products about what kind of energy usage they can expect.

This means that you’ll have a general idea of how much it costs to keep your refrigerator plugged in, as well as your TV, bulbs, or washing machines. This will lead consumers to buy appliances that use less energy in the long term. Small steps like these can have a massive effect when they’re implemented in the entire world. One positive fact is that the consumption of electricity has dropped in half in the last fifty years because of new measures of inefficiency. Visit https://www.solargraf.com/ to find out more. However, most homes in the world are still not fit for this to be effective. We can expect appliances to become greener and electronic to be less energy-intensive and have longer-lasting batteries.

This is quite similar to the problem of our homes. All of the information on the internet needs to be stored somewhere. Additionally, massive processing power sometimes needs to be used to compute hard equations or test out code.

Everyone doesn’t have that much processing power or storage, so they outsource these services to massive data centers, which need to be powered and cooled. This includes companies like Microsoft, Google, and Amazon, which mostly use renewable energy to reduce costs. This also eliminates greenhouse gasses and leaves a zero-carbon footprint. The only downside here is that these places need fast internet, which produces emissions. But, that’s also one of the problems which will be solved in the future. 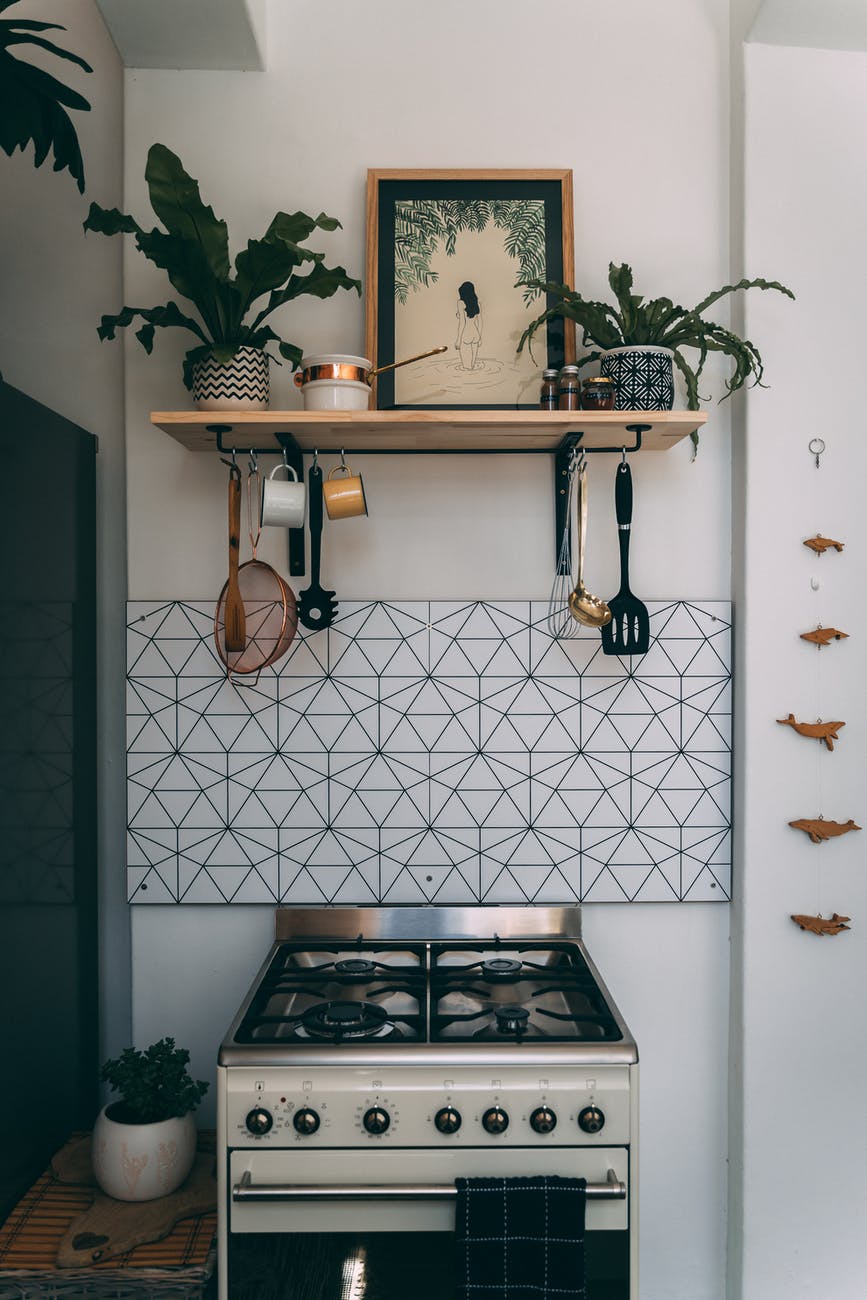 Specialty Gas and Its Applications

Traditionally, gases are categorized as fuel, atmospheric, refrigerant, or poisonous. Specialty gas, however, is defined by its degree of purity and homogeneity. The preparation of these gases involves analysis and quantifiable methods. It needs to achieve a certain level of purity required for a specific industrial application.

Almost every industry sector uses specialty gases in one form or another. While its applications seem limitless, you can categorize it in four general areas:

Specialty gas is compressed into a cylinder by an air compressor. This compressed air is used as a pressuring agent in many industrial applications. It usually comprises oxygen and nitrogen in varying ratios and has a broad range of applications depending on grade. Each grade is tested for impurities like moisture levels, oxygen levels, total hydrocarbons, carbon monoxide, etc.

Compressed air is classified into industrial grade, instrument grade, and zero grade. The most common is the Industrial grade which is used to drive air tools. If there is no electrical power available, you can run an air compressor with industrial compressed air.

Instrument Grade, or instrument air, is compressed air that has low hydrocarbon and moisture levels. It is a clean source of oxygen for various oxidation processes. It can also be used as an oxidizer in flame ionization detectors. In calibration gas mixtures, instrument gas is used as the balance gas. Zero grade, or zero air, is a mixture of pure oxygen and pure nitrogen. It is used when running and calibrating test instruments where impurities are strictly unwanted.

Compressed air is usually odorless, colorless, and non-flammable. It is a medium for special gas to reach its various applications. Pressure regulators are used in withdrawing gas from the cylinder.

Specialty Gas and Its Applications