Google has released a list of games that will be available through the Stadia service starting on Tuesday, November 19th. The list contains 12 games, with another 14 expected by the end of the year, reports 9to5google.

This list of games is in line with what was previously announced at Stadia Connect, as well as at the game publisher events over the last few months. Stadia’s team says that games have been carefully selected and that there is something for everyone – high quality and well-appreciated games belonging to different genres and intended for all ages. 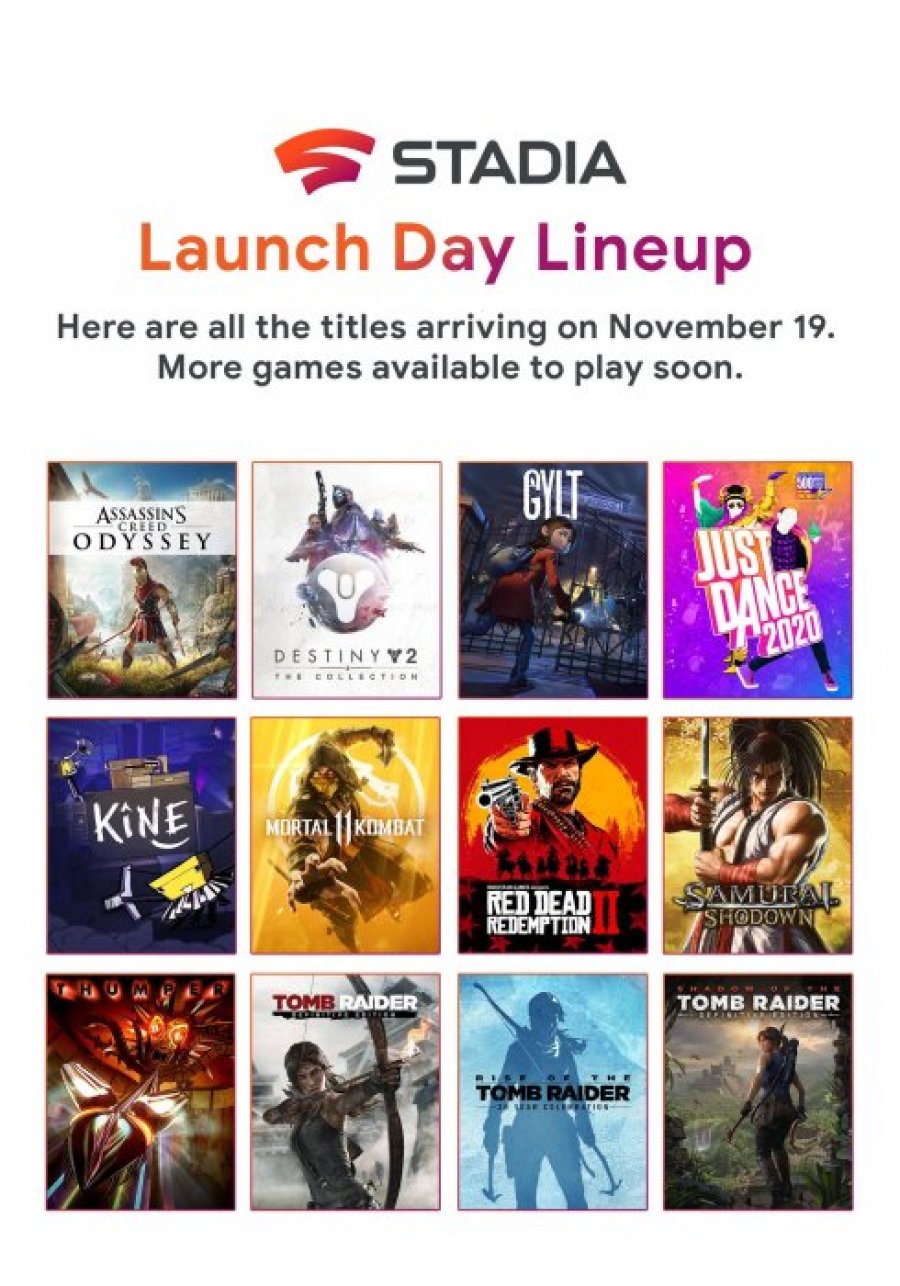 In addition to Destiny 2, which is part of Stadia Pro through Founder’s Edition, Premiere and the Buddy Pass license, other titles will also be available for purchase from the Stadia App next Tuesday. No pricing list has been announced yet, but prices are expected to be similar to those on other platforms.

Assassin’s Creed game used for project demonstration last year is also available, as are games from the Tomb Raider series.

In addition to the games that will be available on launch day, Google also announced what will come a little later, in November and December, with the announcement that dates may change.

In addition, there are also some announcements for next year, such as Doom: Eternal, WatchDogs: Legion, Gods & Monsters, and Cyberpunk 2077.

> Read Next: Huawei’s foldable phone is finally on sale