Bingo around the world 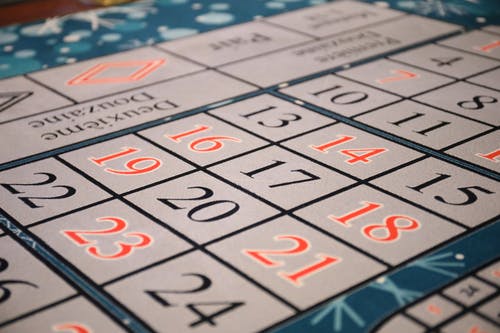 Bingo around the world

Bingo, if anything, is a global game. Born in Italy, popularised in America, modified by the British, this fun and simple past-time is certainly well-traveled – visit barbados bingo.

What’s interesting about bingo is how it seems to span cultures. Sometimes, the world can be a complicated place culturally speaking. Whether it’s the way you leave your chopsticks in Japan, giving someone the thumbs up in the Middle East, or trying to shake somebody’s hand in Nepal, our planet can be a minefield of causing unwitting offense.

Bingo then, is an ambassador. It forms part of the national fabric of every Anglophone country across the globe, the whole European continent, Russia, South America, and the Far East. Variations of it even exist in the Middle East, though it is obviously not used to gamble there.

Recent studies have shown that there are over 100 million bingo players worldwide, and frankly, that’s just amazing.

Where better to begin than where bingo was born – Italy. There are now over 300 bingo halls operating across Italy. Interestingly, in contrast to the UK, it’s becoming increasingly popular for young people to play in-house. Similarly, online bingo has gone from strength to strength since it was legalized in 2007. You could say Italy is having a bingo renaissance from its own renaissance.

Scandinavia takes things to the next level. Finland’s online bingo market made over €70 million in 2009, while Sweden’s was worth nearly €150 million. Of all the Nordic countries, Sweden seems to love bingo the most. One mode of playing there is drive-in bingo, where people meet up for a game in huge carparks, playing from their own vehicles.

Denmark’s love for bingo seems slightly more tinged with madness. The Danes have created a unique fusion of two very different forms of entertainment and come up with an opera bingo. It might be worth sticking a tenor on that…

In Germany, bingo isn’t just a kind of entertainment. It’s also used as a teaching method in towns and cities nationwide.

Teachers use “lotto spiel” for teaching spelling and maths, and many other subjects have integrated it into the curriculum too.

As a result, bingo is incredibly popular with people old and young, and there are over forty bingo halls in Germany, proving just how popular the game is today.

Bingo in the Far East

Japan has traditionally imposed strict laws on gambling and even today, most forms of it are forbidden. However, recently, the Japanese parliament is considering reviewing its laws. Although bingo as we know it doesn’t exist over there, the Japanese still love online bingo.

The world record for the largest ever game of online bingo was set in Japan, with nearly 500,000 players in just a single game.

Bingo is a game that’s waiting to thrive in South America but needs the governments to soften first. In Brazil, for example, bingo halls were first banned in the country in 1946, before being legalized again in 1993. As a result, more than a thousand bingo halls opened up across Brazil over the next ten years.

Unfortunately, the Brazilian government decided to clamp down on it again in 2004, when Brazil’s president banned all forms of bingo and slot machines.

It’s a bit of a grey area as far as online bingo is concerned, and time will tell what happens.

With some of the images we receive in the West, it’s hard to imagine that bingo in Russia is as popular as anywhere. What’s more, it’s taken extremely seriously. In most places, if you fancy a game of bingo, there are two options – online or in-house. The Russians take it one step further though. They can play on television.

“Russian Lotto” is a popular Russian TV show that has been running since 1994, dishing out prizes to its viewers for well over 25 years. In addition to this, there are still many bingo halls found across this vast country. With most other forms of gambling being banned in Russia, bingo is the game of choice.

It’s humbling to think that in such a conflictive world, we all seemingly have something so simple in common. Whether you call it “lotto spiel”, “il gioco”, “бинго” or “ビンゴ”, bingo is a great way to spend some time with friends and strangers alike. Who knows? You may even win some money!