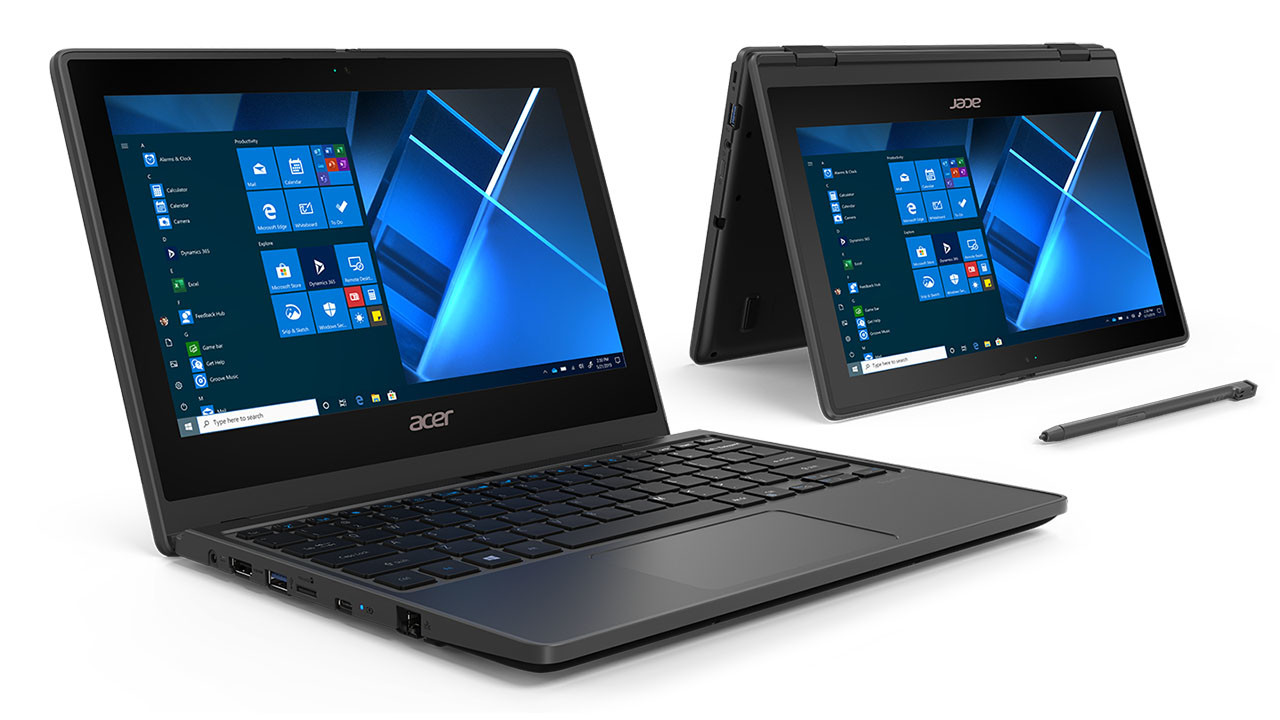 During the BETT 2020 event, Acer announced some new laptops for the education market, coming soon. Two new Windows 10 laptops (TravelMate B3 and TravelMate Spin B3) will be offered, as well as a Chromebook C871, reports Neowin.

TravelMate B3 and TravelMate Spin B3, are clamshell and convertible models, and, apart from the format, the two devices are pretty similar. Both laptops have Intel Pentium or Celeron processors as well as 11.6-inch HD display. The convertible model supports the touch input feature and has support for the Wacom AES pencil. The laptops are designed to be durable, to the standard MIL-STD-810G.

TravelMate B3 and TravelMate Spin B3 will be available from April, priced at $239 and $329.

When it comes to the Chromebook C871, this model comes with a tenth generation Intel Core (Core i3-10110U) processor, or Pentium Gold 6405U CPU. The device has a 12+ HD display with a aspect ratio of 3: 2. Acer points out that the Chromebook C871 is characterized by stronger durability than the standard MIL-STD-810G offers.

The Chromebook C871 will be available in Europe from May, starting at $299.