Appears while being tested in cold weather, the Porsche 718 without major changes to the exterior 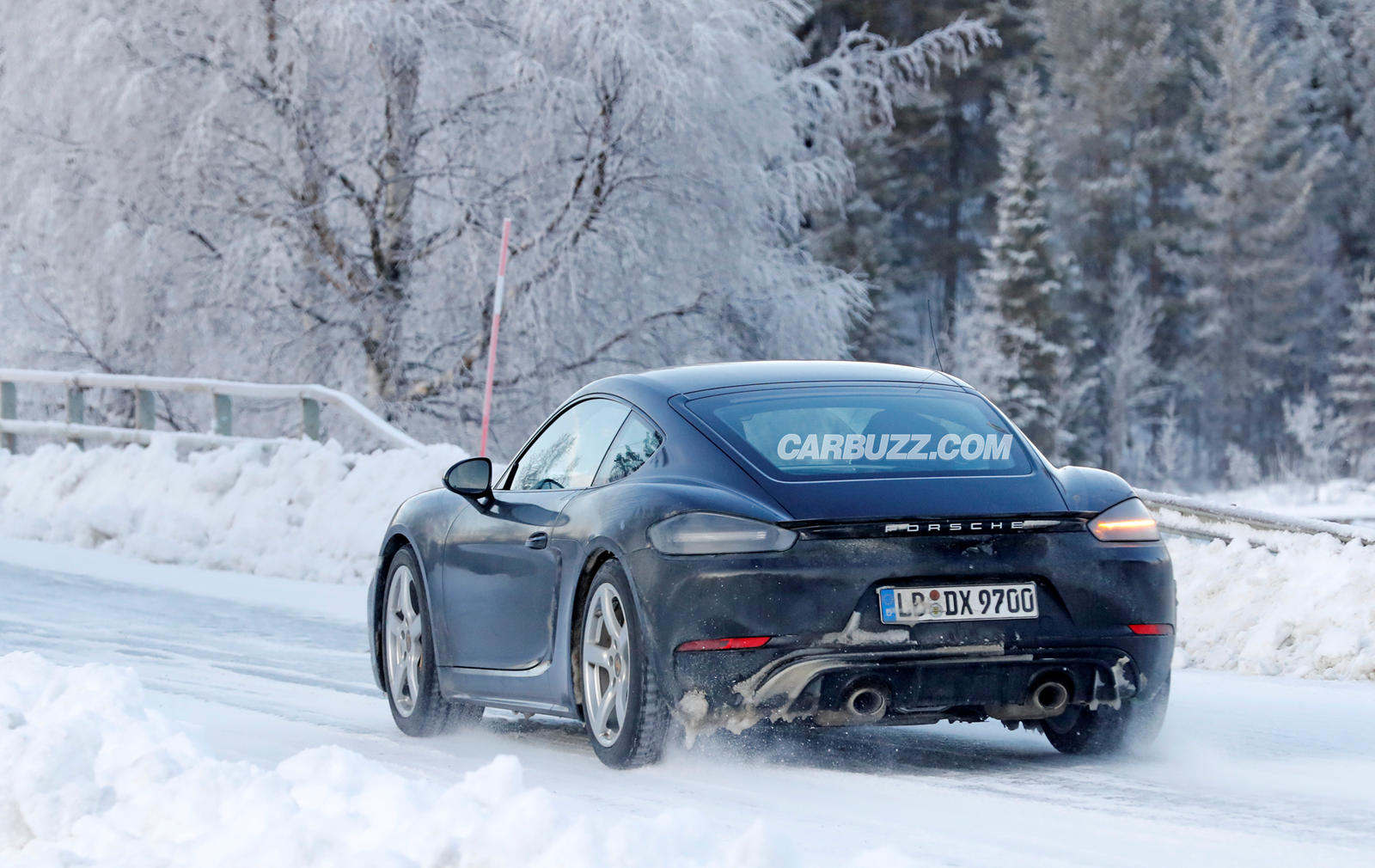 Porsche May Have Accidentally Confirmed A New Flat-Six 718

Under the hood, the engine of this car is expected to be more powerful than the one in the latest model.

In images captured by reporters looking for new cars, the Porsche 718 Cayman was seen while being tested in cold weather on a snowy road. This car is showed without any camouflage layers and is a close-up of its appearance, which has no major changes on the outside.

The new version is just an update until the completely new model is ready. But the changes may be on the inside, which could have a six-cylinder engine like the Porsche 718 Boxter. With this 2.5-liter engine, it is capable of producing up to 365 horsepower, making it much more versatile.

Whereas, in the Porsche configuration offer system, the option to configure the 718 GTS has been removed, while only the 718, S, T, GT4 and Spyder are available. The speed that the new Porsche 718 Cayman will achieve is expected to be much higher than the current model and offer much better driving.

> Read Next: This modified Mercedes A45 AMG has almost 200 more horsepower than the standard model