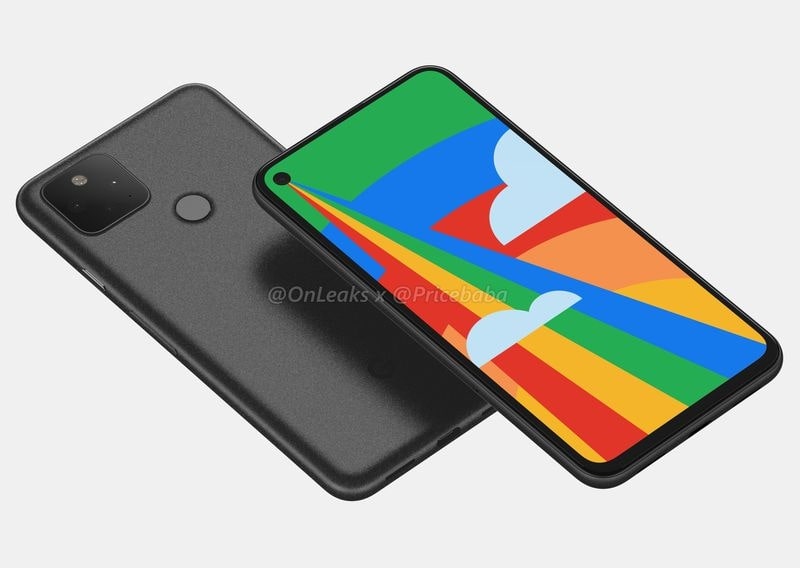 As the Pixel 4A was launched earlier in August, Google said we will have to wait until October for the Pixel 5 and 4A 5G. But OnLeaks and PriceBaba can’t wait that long so they have brought us the renderings of what is expected so far for the Pixel 5 flagship.

A fingerprint sensor on the back, a square bump with two sensors, a flash, an unidentified sensor and the front hole-punch front camera on the top left. The Pixel 5 screen seems to be between 5.7 and 5.8-inch, which makes it smaller than the Galaxy flagships and the market trend, but in the end it is a matter of preference.

According to rumors, the Pixel 5 will have a modest battery of 3,080mAh and will be powered by a Snapdragon 765G 5G processor.