Having a good supply chain is essential to computer chip manufacturing. It is also a must to ensure the quality and consistency of the product. This article will cover the supply chain resilience, processes, and silicon.

Using the principle of imaging a structure onto a light-sensitive resistor, photolithography is the standard process for fabricating semiconductor chips. By focusing a beam of photons, a pattern of circuit diagrams is transferred to the surface of a silicon wafer. First, a thin film of a light-sensitive chemical is deposited on the surface of a wafer. This is called a photoresist. It is usually an alkaline-soluble resin. Next, an optical mask is applied to the top of the photoresist layer. This is like a stencil for the circuit pattern. The light beam passes through the mask and forms the desired image.

This process is followed by an etching step. This removes the unmasked areas of the photoresist. In some cases, the etched area is not completely removed, which may result in current leakage. This is because the circuit paths are not entirely covered. The smallest feature possible is determined by the optical resolution of the lithography system. This depends on the physical dimensions of the circuit pattern and the wavelength of the light used for exposing the photoresist.

Higher resolutions allow more delicate patterns. The maximum achievable resolution depends on the Rayleigh diffraction limit. This type of lithography is typically performed on a stepper/scanner. It is a specialized optical projection tool that projects a blueprint of the chip pattern onto the surface of a silicon wafer. Earlier, photolithography used Hg discharge lamps to shine ultraviolet light through the reticle. Today, the most advanced state-of-the-art tools use deep ultraviolet light. These wavelengths enable the printing of features that are smaller than 100 nanometers.

The technology has allowed for major advances in creating chips and circuits. It has also contributed to Moore’s law, which says that the number of transistors per chip increases by a factor of four every three years. It has also helped create processors that are cheaper and more complex. The process has evolved to include nanoimprint, direct-write e-beam, and multi-beam e-beam. The next generation of lithography will utilize extreme ultraviolet (EUV) radiation and directed self-assembly. Photolithography (https://en.wikipedia.org/wiki/Photolithography) in computer chip manufacturing has helped to shape Moore’s law. But the semiconductor industry has a long way to go before it can produce structures that are less than one micrometer.

Using silicon to manufacture computer chips is a relatively simple process. However, it does require some refinement. Although silicon is widely available, the semiconductor industry depends on the mineral extraction processes used to purify it. It is also inexpensive, making it a good choice for semiconductor manufacturing. The most obvious use for silicon is to make transistors. These are the main components of all PC chips. They control the electrical current and need to be manufactured with high precision. Aside from transistors, computer chips need to be fabricated with many other components. Some of these include insulators. These insulators help to block the flow of current. In addition, they have high resistance, so they can be a good choice for blocking flowing currents.

According to this blog, a semiconductor is a special material that can act as an insulator under certain conditions. It is also capable of generating low resistance. A semiconductor can be used in electronic devices like TVs, computers, and smartphones. A silicon wafer is a slice of purified silicon. It is arranged in a grid formation and then subjected to several processing processes. It is then packaged into commercial processors. Typical applications for silicon wafers are in storage solutions, home appliances, and solid-state drives. It is possible to produce a silicon chip with thousands of components. The process is referred to as doping. This procedure adds special impurities to the underlying silicon to change its electrical properties. It is done in clean rooms, so technicians wear special suits. Doping a semiconductor is a complicated process that involves several steps. It can involve as many as 30 layers. Each layer is only 0.005mm thick.

The doping process uses various dopants to change the resistivity of the underlying silicon. The resulting chips can be used in PCs, printers, televisions, and other electronics. This is just one of the many processes involved in the creation of a silicon wafer. A few companies produce these. They then supply the chips to other companies. 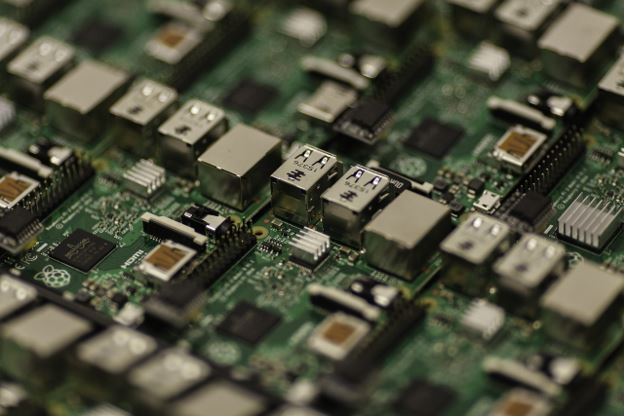 Efforts are underway to improve supply chain resiliency in the computer chip manufacturing industry. This is a multi-dimensional challenge, involving a number of key factors. Ultimately, it is a complex issue that requires a wide range of government and industry partnerships. The need for semiconductors continues to grow as technology advances. It is driven by a number of factors, including the growth of 5G technologies and autonomous driving. This demand is also fueled by the rising prevalence of chip electronics company competitors and makers of consumer electronics and cloud computing. Companies in the chip sector are looking to enhance their capacity, but the market remains constrained.

Efforts to boost the supply of semiconductors include promoting the expansion of cheaper foundries abroad and the creation of new fabrication plants in the U.S. These efforts are moving in the right direction, but there will be significant investments needed to address the problem. Resilience is essential to prevent cascading effects on the rest of the supply chain. It is important for organizations to identify their current vulnerabilities and make adjustments as needed.

Companies that want to improve their supply chain resiliency should consider the following five key areas. Firstly, they should assess their current supplier ecosystem and evaluate their procurement process. This will help them determine their supply forecast accuracy and determine whether they need to create a diverse network of backup suppliers. In addition, companies should take a look at their labor costs and lead times. They should also explore the possibility of working with manufacturing solutions providers. Alternatively, companies should look at tariffs and other regulatory burdens.