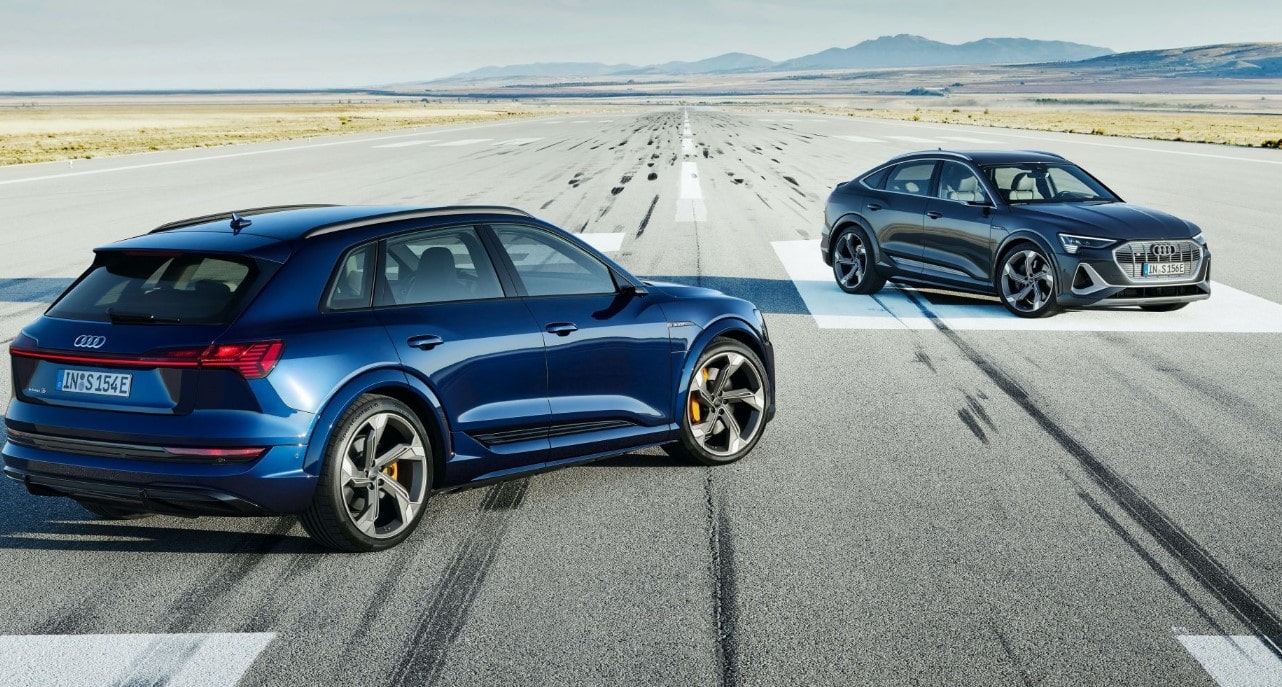 The “S” version will be offered for several models from the e-Tron series, including the Sportback. The novelty in this more powerful version is under the hood, and it is the synergistic direction with three electric motors, two of which are located on the rear axle.

Also, this new version comes with a capacity of 503 horsepower, which is enough to reach speed from 0 to 100 kilometers per hour in 4.5 seconds and the maximum up to 210 km/h. In a general usage, when the “S” option is not activated, the new version has a capacity of 435 horsepower.

The S version battery has a capacity of 95kWh, which is enough to cover up to 364 km, while the Sportback version up to 370 km. The charging system includes charging power of up to 150 kW and Audi claims up to 80 percent of the battery capacity charge in half an hour.

The S version comes with wider side guards, other “aggressive” defenders, an additional rear defender, and a set of 22-inch alloy wheels.

The Audi e-Tron in version S in the European market is expected to arrive this fall, while the starting price in Germany is 91,345 euros and 93,628 for the Sportback version.

> Check next: The new Maserati MC20 with 622 horsepower arrives