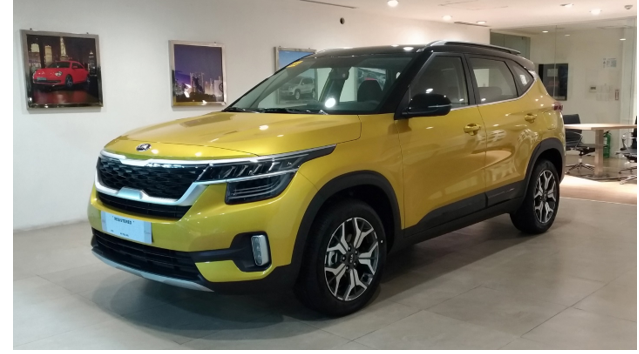 Kia has made it to many car enthusiasts’ lists to cars to buy because of the mixture of power and luxury that it combines cost-effectively. Kia Seltos is one such compact SUV, making its way into the market as a prime competitor to several other small SUVs in the market right now.

The SUV mixes contemporary SUV designs with the iconic Kia rear, contributing to the car’s external aesthetic. The front has a very e-tron-isq look, something that resembles the clean, unicolour (in most cases) interior.

Kia Seltos can be used as a family car as well as an executive car because of the comfortable and fully functional interior it boasts. Let’s take a closer look at the new addition to the market and the features it boasts.

Kia Seltos isn’t the fastest car out there, but it doesn’t try to be so, either. Instead, it is a competitor to the low-to-middle range SUV market entries that Mitsubishi, Nissan, and Hyundai released in the same range.

However, the Kia has a broader wheelbase and is roomier than its counterparts, thus being a good fit for tall passengers as well.

Slots is much beefier than its competitors as well, boasting a much bigger storage space. You can store up to 752 litres in the trunk, and if you push the back seat down, the space increases up to 1,778 litres easily.

When considering the features that this car has, ranging from next-generation comfort tech including heated seats and dual phone connectivity, all the way to safety features including;

The rear seat carpets that you get maybe a bit rough for those of you who like to take their shoes off in the car, so you might have to replace them, though. There are also some missing features that you should know about. You can read an impartial review of the Kia Seltos at CarExpert.

Kia Seltos is an entry-level LX AWD SUV that can easily handle the roads of Australia, especially on long routes, and go off-route as well if needed. Regardless of whether you’re climbing a mountain, coming down from one, or simply driving on a straight road with the family as the sun sets, Kia Seltos can take care of you just the way you want.

You may have to make some sacrifices, though, but can be welcoming ones, considering the price range.