Did you know mining keeps a balance in the Bitcoin network? 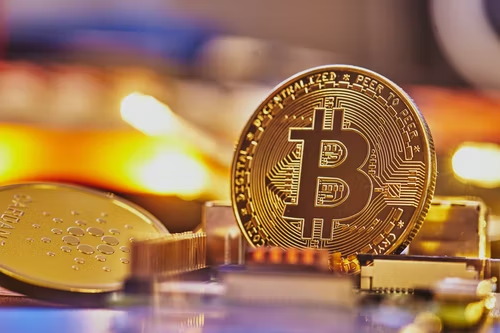 Did you know mining keeps a balance in the Bitcoin network?

Bitcoin, a decentralized virtual currency, is the world’s top cryptocurrency as of 2022. With people’s growing interest in Bitcoin over the years, the rise in its value can also represent people’s interest in the field of cryptocurrency. The interest results in buying and investing in them as an asset. Many people use platforms like virtual currency for automatic transactions and to gain better profits.

You can obtain Bitcoins in three ways:

Out of the above, the most fascinating is the third one, the mining of Bitcoins. However, this process also tends to be quite taxing as high computing power is required to solve complex equations using which transactions are verified and added to the digital ledger. You don’t exactly require any advanced mathematical knowledge to mine Bitcoins, just the right equipment and good technological knowledge. After all, most of the work will be performed by the mining hardware and software. Be sure that you have the fastest-performing equipment.

What is Bitcoin mining?

Bitcoin mining is the verification process in the bitcoin network when a bitcoin transaction happens. The bitcoin transactions at the time of their happenings are added to blocks that are digital ledgers and broadcasted to the Blockchain network. In mining, these transactions are verified and they are permanently recorded forming a new block in the chain. This is how new Bitcoins are produced because after every verification new coins are generated.

To mine Bitcoin, you require:

Once you’ve set up the system, the mining process is performed autonomously. You only need to offer your assistance in case of power failure, network issues, or system maintenance. Multiple miners work on the same problem at the same time. The one who can solve the problem and come out with the correct answer in the least time receives the Bitcoin reward. This is called Proof of Work. In case the miners are unable to get the right answer, the one whose solution is closest to the real solution is awarded.

Satoshi Nakamoto, the creator of Bitcoin, set the upper supply limit of Bitcoin as 21 million. Thus, if people wish to gain new Bitcoins, they need to mine them.

To date, out of the 21 million Bitcoins, more than19 a million are already in existence. This has led to an increase in the mining difficulty level, as the lower the supply of Bitcoins, the higher the mining difficulty. Bitcoin mining is also costly and requires advanced pieces of equipment. Thus, if you wish to gain a high profit from Bitcoin mining, it is better to go for pool mining instead of solo mining. However, keeping the profits aside, mining is more important to support the Bitcoin ecosystem and to introduce new Bitcoins into the circulation pool. Thus, miners must continue mining Bitcoins as it not only helps discover new Bitcoins but also ensures network security.